n any time and place, war is fiendishly simple. It is the ultimate zero-sum contest â€” you win or you lose.

That eternal truth is so obvious that it should not need to be said. Yet even after the horrific slaughter in Paris, there remains a distressing doubt about whether Americaâ€™s commander in chief gets it.

President Obama has spent the last seven years trying to avoid the world as it is. He has put his intellect and rhetorical skills into the dishonorable service of assigning blame and fudging failure. If nuances were bombs, Islamic State would have been destroyed years ago.

He refuses to say â€œIslamic terrorism,â€ as if that would offend the peaceful Muslims who make up the vast bulk of victims. He rejects the word â€œwar,â€ even as jihadists carry out bloodthirsty attacks against Americans and innocent peoples around the world.

He shuns the mantle of global leadership that comes with the Oval Office, with an aide advancing the preposterous concept that Obama is â€œleading from behind.â€ He snubs important partners like Egypt, showers concessions on the apocalyptic mullahs of Iran, and called the Islamic State the â€œjayvee teamâ€ even as it was beginning to create a caliphate.

Having long ago identified American power as a problem, he continues to slash the military as the enemy expands its reach. In a globalized era, the Obama doctrine smacks of cowardly retreat and fanciful isolation. 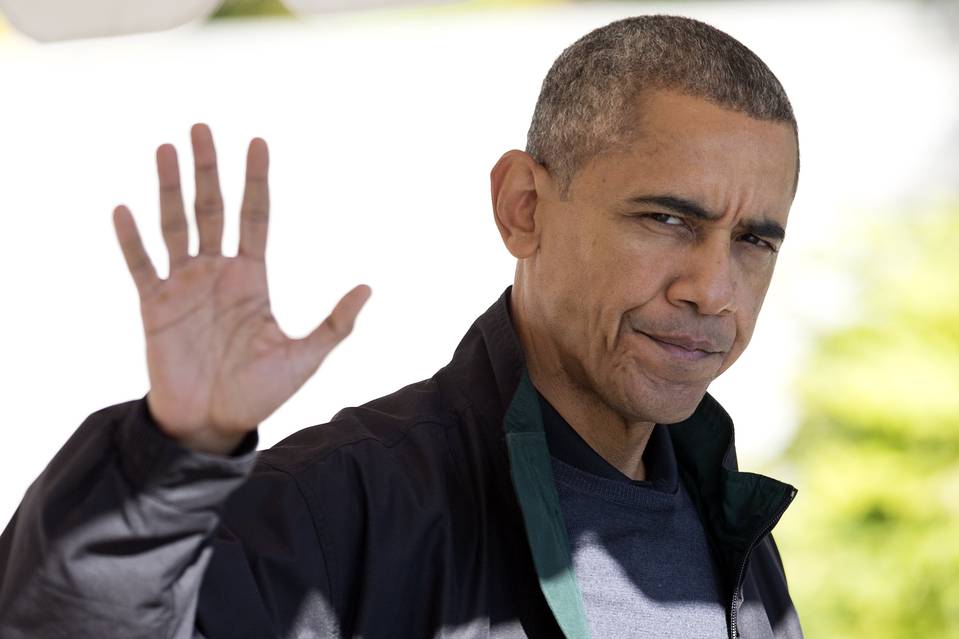 Actually, I don’t want him leading us anywhere because I know where this Muslim Poofter wants to take us. I want him to resign, period. Failing that, I want a new President with balls that will undo EVERY Executive Order this man has signed, every Executive Memorandum, every law this bastard has signed. Every damn word of it.

It’s too bad we don’t have a Congress that could make that choice for him.

The only direction he'd lead us would be a bad one. With bad intentions, and all previously history leading us into the current situation, he could only lead us to making it worse.

He is leading us, right where he wants us to go. God give us Trump soon.

He is leading us. Right to the bottom of the 3rd world. Where he is sure we belong.

Obama should amend his will---leave his eyeballs to science.
That jaundiced vision of his means he might have a rare disease---
maybe something he picked up as a community organizer on the
filthy streets of Chicago---maybe gonorrhea of the eye sockets.

PP types would love to have Obama's body parts to auction off.

My 87 year old mom in her casket had stronger hands the that wimpy thing.Is that a photoshop?

But no, in America's rush to elect the first black president, we elected the worst president.