Former Sec. of State Condoleezza Rice has no recollection of a conversation at a 2009 dinner party where Hillary Clinton reportedly claims that Gen. Colin Powell advised her to use a personal email account.

Rice’s inability to recall the conversation makes her the second person to publicly undercut Clinton’s claim.

Both NBC News and The New York Times reported last week that Clinton told the FBI that Powell offered her the email advice during a dinner party at former Sec. of State Madeleine Albright’s home.

Rice and another Henry Kissinger, another former secretary of state, were present at the dinner party, where the former diplomats were asked to provide Clinton with advice to help her tackle her new job.

Georgia Godfrey, Rice’s chief of staff at the Hoover Institution at Stanford University, where Rice teaches, tells The Daily Caller that Rice does not recall the discussion.

“Dr. Rice’s isn’t doing any media right now. I can tell you though that she has no recollection of that conversation either,” Godfrey told TheDC.

Yeah, everyone else told me it was okay to break laws so I did...

Good bout time the blacks gang up on the white chick

Maybe she saw a video at the State Department...

Yeah, me neither. They can be such a bore.

This SHOULD be easy to settle ... which of the three has had problems recalling when giving testimony to Congress?

Hilary, Hillary, Hillary...you thought this one would never see the light of day...haahhhaah.

The woman is insane.

Remember folks, you have to be crazy to vote crazy!

...even though I had no INTENT.

It seemed farfetched to me, that the subject of how to handle email would come up at this dinner event.

So now, what do Hillary and her henchmen say??? Others who were supposedly part of this email discussion deny it ever took place... Interesting......

It seems like this isn’t the first time in which there are varying versions of an event involving the Clintons.

And the Clintonian response is always, they are right, they have clear recollections, and everyone else involved thus is misremembering or lying.........

Shocking, simply shocking. What is the world coming to?

Hmmm, it’s tough to try to guess what Hillary’s next step would be based on her history. Will she

- offer condescending pity that both Rice and Powell are remembering it wrong
- engage in extreme hair-splitting about the actual definition of the terms “email”, “dinner party”, “computer”, and “Colin Powell”
- angrily blame the Vast Black Secretary Of State Conspiracy
- simply state that Colin Powell’s recollection is correct, as she has been saying all along
- ???

18 posted on 08/22/2016 3:01:52 PM PDT by jiggyboy (Ten percent of poll respondents are either lying or insane)
[ Post Reply | Private Reply | To 1 | View Replies]
To: GOPe Means Bend Over Spell Run
Hillary lied to the FBI on an important fact matter in determing to prosecute her. Time to bring an indictment for the original matter and now lying to the FBI and Congress.

I wonder if the FBI never put her under oath when they questioned her, that way she couldn't be charged with perjury. If so, the oathless deposition was just another friendly chat between mutually compatible politicos. Hmmm... 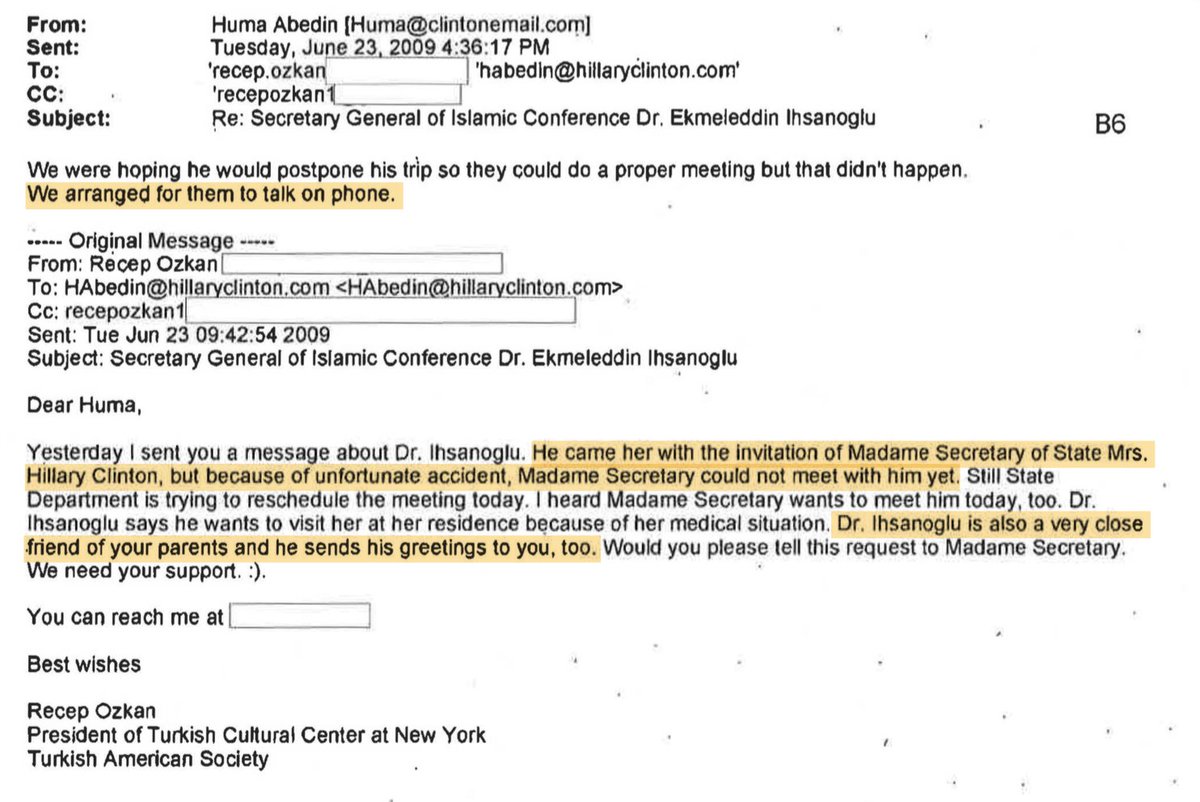