After every flight, pilots fill out a form, called a gripe sheet which tells mechanics about problems with the aircraft. The mechanics correct the problems, document their repairs on the form, and then pilots review the gripe sheets before the next flight.

Never let it be said that ground crews lack a sense of humor. Here are some maintenance complaints submitted by pilots and the solutions recorded by maintenance engineers. By the way, the airline these came from is the only major airline that has never, ever, had an accident.

Pilot: Noise coming from under instrument panel. Sounds like a midget pounding on something with a hammer. Engineers: Took hammer away from midget 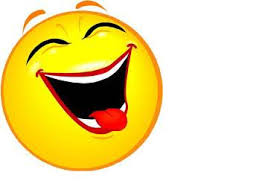 Don’t know if these are real or not, but I do know they’re funny.

This was on an F-16 at Hill AFB depot IRAN maintenance. Makes you wonder what the writeup would have been if the pin wasn't installed?

hi-jack your thread but it reminded me of the car/driver excuses. https://letterpile.com/quotes/Funny-Excuses-Car-Accidents

First saw it in on the board during flight training in the 1980s.

It refers to a missing engine, which would have been a piston engine, so it probably dates back to the 1950s at least

It still cracks me up every time I see it.

Flight attendant announcement on landing:
"Remember to take all children with you when you disembark or we'll sell them on ebay."

I was going to ask what 'major' airline "never, ever, had an accident" but after reading this, I'll ask "What airline uses IFF (Identification Friend or Foe) and Targeting Radar"?

One that aggressively defends its route structure.

This is the kind of gags and stuff the airplane movies would have done.

A politician needs the ability to foretell what is going to happen tomorrow, next week, next month, and next year. And to have the ability afterwards to explain why it didn’t happen - Winston Churchill

Since a politician never believes what he says, he is quite surprised to be taken at his word - Charles De Gaulle

When buying and selling are controlled by legislation, the first things to be bought and sold are legislators - PJ O’Rourke

Now I know what a statesman is; he’s a dead politician. We need more statesmen - Bob Edwards

15 posted on 09/21/2016 2:56:24 PM PDT by Oatka (Beware of an old man in a profession where men usually die young.)
[ Post Reply | Private Reply | To 1 | View Replies]
To: UMCRevMom@aol.com
In Vietnam, we Avionics Techs had good and friendly working relationships with the copter pilots.

Avionics: Advise you only use radio when it works.

One that aggressively defends its route structure.

17 posted on 09/21/2016 3:01:02 PM PDT by rdcbn ("There is no means of avoiding a final collapse of a boom brought about by credit expansion. The alt)
[ Post Reply | Private Reply | To 13 | View Replies]
To: UMCRevMom@aol.com
I live aircraft maintenance - this stuff always makes me smile, no matter how many times I hear it - Thanks!

(Back in the day when I used to test-run jet engines, a leaky seal would often cause a bit of oil smoke after shutdown - my official diagnoses on the crab sheet would always read: "Smokin' PT Blues" - drove my manager nuts.)