Joe Scarborough: I think there were a couple of things people in the press did not want to admit but it was plainly evident watching it on TV last night. Number one, it was Donald Trump’s most effective debate performance to date. There’s not a close second. There’s not a close second. Secondly, despite the fact she had an unprecedented cheering section in the media, the fact is for somebody who was watching, and people will see this as they go back and watch today, or of they see parts in a week from now or a month from now, Hillary Clinton was on defense most of the night. She seemed unsure of herself most of the night… Donald Trump, who has made the Republican Party members’ lives a living and breathing hells for the past year-and-a-half, turned it up to 11… And all of those people who jumped ship were looking at their TV last night and about halfway through the debate were saying, “Oh shoot.”… This is the political reality, that for the Republican base, Donald Trump delivered the political attack against the Clinton machine that the Republican base and middle America have been waiting for for years now…

Mika Brzezinsk: And no Republican could have done what he did last night. It was epic. It was vintage Trump. He produced a daylong show that rocked the political world.

I love it that Trump is finally FORCING them to address Bill Clinton’s abuse, and HilLIARy’s enabling

What ever happens election day if Trump loses at least he went down with all guns ablazing which is a lot more than can be said of losers like Romney and McCain.

'When you realize your rape victims are sitting a few rows in front of you'.....

The serial rapist and the Clinton mediots are now realizing, that their serial rapist is longer an asset to George $orea$$, the Opecker thugs, Chicom investors and the elite, who control America. He has become a problem to his rich former donors. They don't like problems! 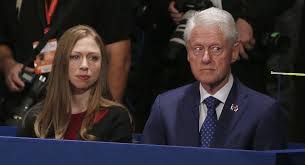 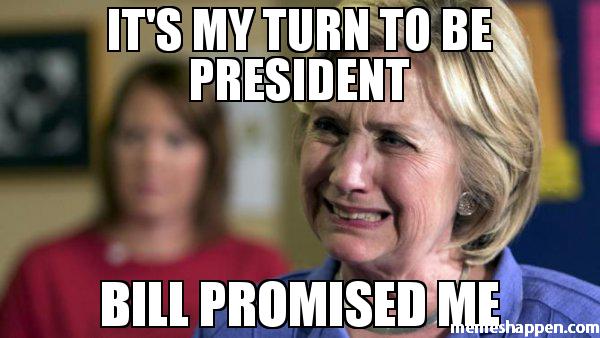 Thanks to Caww for the first picture!

Exactly! This election is about the narrow electoral pathway he or any GOP candidate would have to win. He might not get there, but in the debate he exposed her forcefully for what she is — corrupt. No other person on earth could have done that.

It does not get much better than that

And no Republican could have done what he did last night”

Clinton, the media, the RINOs - this was their killshot and they failed.

It’s very hard for the crones and dykes in the professional victim/feminist camp to crucify Trump for talking nasty when they vigorously defended Bill Clinton when his nasty affairs during working hours in the Oval Office came to light. Most of them praised his ability to “compartmentalize” his personal life from his job as president and saw nothing wrong with what he had done to women such as Paula Jones. They will all be voting for Hillary, the Chief Enabler to his disgusting abuse of women and the young girls on Pedo Island.

Who is he pointing and yelling at in that picture? Hillary? :)

What was the question he axed? the cardigan dude, that is?

Whoa! Does anyone here know who that guy in the red sweater is that The Rapist is shaking his crooked finger at?

That lapel pin now stands for HELL ! Cuz that’s where these two are headed. Call me irredeemable will ya !

The NY Post has an headline saying Trump did well, but Clinton won poll, and they only cite a CNN poll!

Bill is scheduled to host a few rallies in Iowa this week. Will there be a few FREEPers there to properly greet the rapist?

The guy on the red sweater is Kenneth Bone. He is one of the ones who asked a question in the town hall. I believe it was the one about fossil fuels near the end of the debate.