Last week, my two stepsons' father, a man who loved life, killed himself.

Two years ago, a 62-year-old father of three named Bruce Graham was standing on an ladder, inspecting his roof for a leak, when it slipped out from under him. He landed on top of the ladder on his back, breaking several ribs, puncturing a lung and tearing his intestine, which wasn't detected until he went into septic shock. Following surgery, he lapsed into a two-week coma.

In retrospect, it's unfortunate that he awoke from that coma because for all intents and purposes, his life ended with that fall. Not because his mind was affected -- it was completely intact until the moment he took his life -- but because while modern medicine was adept enough to keep him alive, it was unable or unwilling to help him deal with the excruciating pain that he experienced over the next two years. And life in constant excruciating pain with no hope of ever alleviating it is not worth living.

As a result of the surgery, Bruce developed abdominal scar tissue structures known as adhesions. Adhesions can be horribly painful, but they are difficult to diagnose because they don't appear in imaging, and no surgery in America or in Mexico (where, out of desperation, he also sought treatment) could remove them permanently. Many doctors dismiss adhesions, regarding the patient's pain as psychosomatic.

The pain prevented him from getting adequate sleep. And he could not eat without the pain spiking for hours. By the time of his death, he had lost almost half his body weight.

Prescription painkillers -- opioids -- relieved much of his pain, or at least kept it to a tolerable level. But after the initial recuperation period, no doctor would prescribe one, despite the fact that this man had a well-documented injury and no record of addiction to any drug, including opioids. Doctors either wouldn't prescribe them on an ongoing basis due to the threat of losing their medical license or being held legally liable for addiction or overdose, or deemed Bruce a hypochondriac.

The federal government and states like California have made it extremely difficult for physicians to prescribe painkillers for an extended period of time. The medical establishment and government bureaucrats have decided that it is better to allow people to suffer terrible pain than to risk them becoming addicted to opioids.

They believe it is better to allow any number of innocent people to suffer hideous pain for the rest of their lives than to risk any patient getting addicted and potentially dying from an overdose.

Dr. Stephen Marmer, who teaches psychiatry at the UCLA School of Medicine, told me that he treated children with terminal cancer when he was an intern, and even they were denied painkillers, lest they become addicted.

Pain management seems to be the Achilles' heel of modern medicine, for philosophical reasons as well as medical. Remarkably, Dr. Thomas Frieden, former director of the Centers for Disease Control and Prevention, wrote in The New England Journal of Medicine last year, "Whereas the benefits of opioids for chronic pain remain uncertain, the risks of addiction and overdose are clear."

To most of us, this is cruel. Isn't the chance of accidental death from overdose, while in the meantime allowing patients to have some level of comfort, preferable to a life of endless severe pain?

Though I oppose suicide on religious/moral grounds and because of the emotional toll it takes on loved ones, I make an exception for people with unremitting, terrible pain. If that pain could be alleviated by painkilling medicines, and law and/or physicians deny them those medicines, it is they, not the suicide, who are morally guilty.

Bruce was ultimately treated by the system as an addict, not worthy of compassion or dignity. On the last morning of his life, after what was surely a long, lonely, horrific night of sleeplessness and agony, Bruce made two calls, two final attempts to acquire the painkillers he needed to get through another day. Neither friend could help him. Desperate to end the pain, he picked up a gun, pressed it to his chest and pulled the trigger. In a final noble act, he did not shoot himself in the head, even though that is the more certain way of dying immediately. He had told a friend some weeks earlier that if he were to take his life, he wouldn't want loved ones to experience the trauma-inducing mess that shooting himself in the head would leave. Instead, he shot himself in the heart.

An autopsy confirmed the presence of abdominal adhesions, as well as significant arthritis in his spine.

May Bruce Graham rest in peace. Some of us, however, will not live in peace until physicians' attitudes and the laws change. 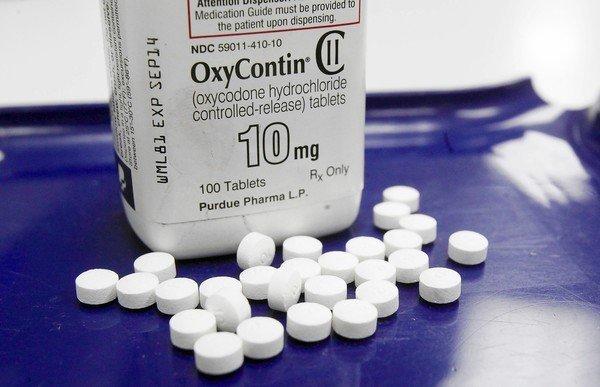 I won’t tell my story of woe again, but I lost a husband and a son to Oxy. It’s awful stuff.

Dreadful. Prayers for his soul.

My sympathies to you, your stepsons, your entire family, and most of all to Bruce. May he find the peace he was seeking.

Almost everyone knows this story now, not yours in particular but know someone who’s gone off the deep end.

What a terribly sad story. May God have mercy on his soul.

This is the type of case where I absolutely stay away from passing judgement... I can only feel a tremendous amount of sympathy.

But it does help with my decision regarding cleaning my gutters. I’m calling someone experienced to do it.

8 posted on 01/31/2017 12:58:36 PM PST by aquila48
[ Post Reply | Private Reply | To 1 | View Replies]
To: servo1969
Very sad story. Prayers for the family. I would only say here, on the off chance that someone in this same position is reading this and going through the same, that as black and hopeless as it can get, no true Catholic Christian would ever dream of uttering this sentence:

And life in constant excruciating pain with no hope of ever alleviating it is not worth living.

In that situation, we can unite our suffering to Christ's, and it will not only be a golden path to heaven, but it can be offered for the suffering and salvation of others and sanctify the whole world. That life of pain is not only worth living--it is the life of a hero, the life of a saint.

"Greater love hath no man than this, that he lay down his life for his friends."

We’re told suicide is a mortal sin, but I wonder if God is willing to look into a man’s heart and forgive him under these circumstances.

He lived and died a painful death b/c scar tissue had formed on a procedure....and back then there was nothing to help him.

Terrible story, but what can be done? My wife is a medical doctor, and the amount of people seeking addictive drugs is staggering.

How can a medical doctor determine who is a druggie vs who is in deep pain?

The risk of losing your medical license is real, I have known two medical doctors who were deemed too liberal in their prescriptions and lost their licenses.

Adhesions are horrible. I spent 9 hrs in surgery while they removed all my intestines, cut them apart to remove the adhesions, and wrapped my intestines in Seprafilm to block adhesions from forming and then put me back together again.

I woke up during surgery with my arms still strapped to the boards and observed the panic of the surgery team.

I understand why Bruce did what he did and assure you that he is in a better place now. The big difference is that I had the opportunity to die, go to Heaven and return to my physical body. Heaven is so blissful, so peaceful, so wonderful that I did not want to return to my body. The thought of doing the same as Bruce in order to return to Heaven has crossed my mind many times as I experienced the despair of being back in my body.

Prayers for Bruce at this time are very helpful. When you are out of your body and someone says a prayer for you, you not only feel it but know who is saying the prayer.

If we had strict controls on who got them and insured that they were needed and not resold we could do a better job of reducing the suffering. It would mean a data base of every individual and subscription. Could be done.

That breaks my heart to read and I agree that terrible, unrelenting pain that could be relieved has to endometrial Gods mercy.

There has to be a way to solve this

Boy, I hope some doc FReepers weigh in. Both on diagnosis of and treatment for adhesions. Adhesiins can be dealt with. Wonder if this poor man might have benefited from a different approach. Prayers for him and his family.

If the pain is not too severe I have been able to tell my brain that the pain simply was not there.

However, there have been times when opioids would have been welcomed.

There was one which consisted of 5 mg. of something which I do not remember combined with 400 mg. of acetaminophen actually killed pain but did not put me to sleep nor make me feel like a zombie the following day. I wish I could remember the product which killed the pain.

I’m 74. The ladder accident that started this whole tragedy is why I hire somebody who’s younger and lighter to do ladder work around my place. Prayers for his soul.

I have thought this for awhile. Due to all of the addicts out there, the people who NEED these drugs are going to suffer. It actually makes me angry. I’m tired of the excuses the addicts give. Sure, some may have gone into addiction because of pain, but I don’t think that’s a majority of people. Just my opinion. And I don’t want to hear everyone’s horror story about their child, spouse, grandma, dog, etc. Bottom line is some people need these drugs and each case should be handled individually.