President Donald Trump argued that allowing DACA recipients to stay in the United States would not be amnesty. “We’re looking at allowing people to stay here,” Trump said to reporters in Florida on Thursday.

He insisted that his deal with Democrats on DACA recipients would not be amnesty.

On Air Force One however, a White House spokesperson confirmed that “legal citizenship over a period of time” for DACA recipients would likely be part of a deal. House Speaker Nancy Pelosi insisted that the plan would offer them a “path to citizenship.”

If Trump thinks Ryan and McConnell are going to take the lead on this and then get hung out to dry when the base whines that the deal isn’t good enough, he’s kidding himself.

Let him put his reputation on the line for this one instead of cheerleading from the sidelines for action in the vaguest, most meaningless terms, as he did during the health-care slog.

Put a bill together, send it to McConnell, and he’ll try to get it done. If Democrats won’t bite then it’s Trump’s failure, not the Senate GOP’s. McConnell’s done being a whipping boy.

What Trump should have done, knowing that Schumer and Pelosi are implacably opposed to funding the wall, is named his terms from the beginning: “Sure, we’ll do DREAM — in exchange for the RAISE Act, straight up.”

Trump could have made that the starting point for negotiations, which would have put some pressure on Schumer and Pelosi to make meaningful concessions. Even if he had “only” gotten E-Verify or a new policy prioritizing skills-based qualifications for immigrants over family connections, that would have been a meaningful achievement arguably worth trading a limited amnesty for.

Instead he showed his cards — “I want DREAM too!” — and then immediately backed off his top demand, which is funding for the wall. 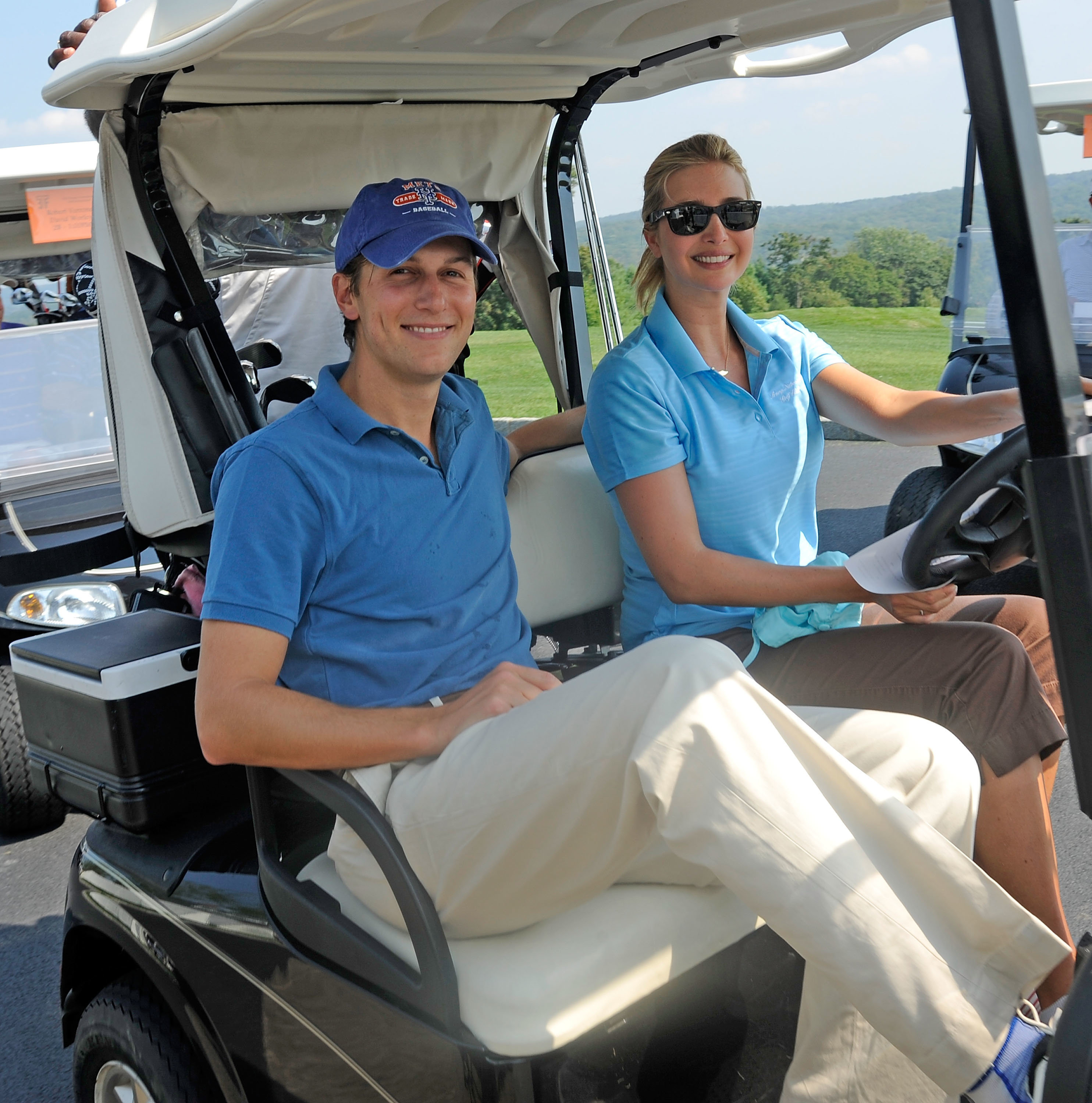 People may parse words and have different definitions,

But amnesty in the dictionary is to forgive law-breaking. They are using a definition that it means no citizenship. What about children of Dreamers born in the US? Anyway, this is frustrating.

“Correct me if I’m wrong. DACA will expire in 6 months. Anything involving immigration will have to be done legally, through Congress, subject to Presidential veto. Congress has proven unable to do anything together. If nothing passes, Trump gets to blame Congress, DACA expires, and all is well.”

I think you’re right. I am willing to give him the benefit of the doubt for now.

Let the blame lie with Congress...just in time for the next election.

It IS the rinos. And Trump just scared the crap out of them. They KNOW that if Trump doesn’t get re-elected, neither will they.

As for DACA, sending little crying 15 year old girls to a Mexican slum is exactly what the Dems and rinos want to see. And we KNOW that’s all they the media would show. Now all they can do is praise him for his compassion. And watch the rinos start begging him for the opportunity to “work” with him.

It seems a lot of people in here are playing right into what the Lame Stream Media has been trying to do since before the election...

I refuse to jump to conclusions about this until the whole story unfolds...

Trump did not say there is a path to citizenship. Others, including Pelosi, did.

A worker permit is not cotizenship.


It is, however, amnesty. An illegal alien will become a legal alien.

47 posted on 09/14/2017 2:05:07 PM PDT by Zhang Fei (Let us pray that peace be now restored to the world and that God will preserve it always.)
[ Post Reply | Private Reply | To 3 | View Replies]
To: Rockitz
No President was going to get rid of the illegals. He had no support in Congress, the media or among the populace to force this. Even Reagan who had the biggest support of the electorate in modern history could not put a dent in it.

There can be no doubt that President Trump has attempted to keep ALL of his campaign promises despite 91% NEGATIVE press coverage and nearly ZERO support from the establishment Republicans.

I am grateful that he rescinded nearly all of the Obama EO's and got us out of Paris accord and stopped the Bush and Clinton dynasties. That alone has earned my support. I am confident that whatever comes will be the best that can be expected from the current political situation.

We need to win him some support in 2018 to keep going.

There will always be time to criticize bad moves.

There is not always a time to get behind someone and support them, if you don’t do it now, or when it is needed.

All illegals should be deported including DACA. Before judging Trump, envision what would happen once mass deportations started.


We don’t need and can’t do mass deportations. We need the previous status quo. Illegal aliens should stay illegal, subject to deportation upon discovery. DACA illegals are in hiding, using fake ID’s, and they’re not easy to find. That’s why they’ve not been deported. Educated people who have alternatives will eventually self-deport. Whatever Trump says, legal status of any kind is amnesty. He had the nerve to call his fast buck real estate course a university, but calling a pig some other animal does not make it one.

I think the real McCains are on display by he utterly r
Retarded replies like yours.

I’m trying to understand how this is different than Jeb!, Kasich, Pelosi or Gutierrez.

You kids can call it whatever you want, but those of us who are older remember George W. Bush, John McCain, Teddy Kennedy, Rick Perry, etc. pushing for the "guest worker" b.s. back around 2006 that would offer a path to "legal citizenship" as well.

America's reptilian extraterrestrial overlords have finally replaced the REAL Trump with their lookalike progressive-socialist Trump hellbent on REPLACING our population with a 'third world' people MORE EASILY MANIPULATED BY THE GOVERNMENT.

They got Ryan and Boehner long ago. Then John Roberts. And McConnell and Trey Gowdy. Then Sessions, etc. Now Trump. There will be NO patriots in our government soon.

The entire Congress just passed this piece of do nothing, feel good legislation by unanimous vote

AT THE FIRST SESSION
Begun and held at the City of Washington on Tuesday,
the third day of January, two thousand and seventeen

Condemning the violence and domestic terrorist attack that took place during events between August 11 and August 12, 2017, in Charlottesville, Virginia, recognizing the first responders who lost their lives while monitoring the events, offering deepest condolences to the families and friends of those individuals who were killed and deepest sympathies and support to those individuals who were injured by the violence, expressing support for the Charlottesville community, rejecting White nationalists, White supremacists, the Ku Klux Klan, neo-Nazis, and other hate groups, and urging the President and the President’s Cabinet to use all available resources to address the threats posed by those groups.

Whereas, on the night of Friday, August 11, 2017, a day before a White nationalist demonstration was scheduled to occur in Charlottesville, Virginia, hundreds of torch-bearing White nationalists, White supremacists, Klansmen, and neo-Nazis chanted racist, anti-Semitic, and anti-immigrant slogans and violently engaged with counter-demonstrators on and around the grounds of the University of Virginia in Charlottesville;

Whereas, on Saturday, August 12, 2017, ahead of the scheduled start time of the planned march, protestors and counter-demonstrators gathered at Emancipation Park in Charlottesville;

Whereas the extremist demonstration turned violent, culminating in the death of peaceful counter-demonstrator Heather Heyer and injuries to 19 other individuals after a neo-Nazi sympathizer allegedly drove a vehicle into a crowd, an act that resulted in a charge of second degree murder, 3 counts of malicious wounding, and 1 count of hit and run;

Whereas 2 Virginia State Police officers, Lieutenant H. Jay Cullen and Trooper Pilot Berke M.M. Bates, died in a helicopter crash as they patrolled the events occurring below them;

Whereas the Charlottesville community is engaged in a healing process following this horrific and violent display of bigotry; and

Whereas White nationalists, White supremacists, the Ku Klux Klan, neo-Nazis, and other hate groups reportedly are organizing similar events in other cities in the United States and communities everywhere are concerned about the growing and open display of hate and violence being perpetrated by those groups: Now, therefore, be it

Resolved by the Senate and House of Representatives of the United States of America in Congress assembled, That Congress—

(1) condemns the racist violence and domestic terrorist attack that took place between August 11 and August 12, 2017, in Charlottesville, Virginia;

(A) Heather Heyer, who was killed, and 19 other individuals who were injured in the reported domestic terrorist attack; and

(B) several other individuals who were injured in separate attacks while standing up to hate and intolerance;

(3) recognizes the public service and heroism of Virginia State Police officers Lieutenant H. Jay Cullen and Trooper Pilot Berke M.M. Bates, who lost their lives while responding to the events from the air;

(A) condolences to the families and friends of Heather Heyer, Lieutenant H. Jay Cullen, and Trooper Pilot Berke M.M. Bates; and

(B) sympathy and support to those individuals who are recovering from injuries sustained during the attacks;

(5) expresses support for the Charlottesville community as the community heals following this demonstration of violent bigotry;

(6) rejects White nationalism, White supremacy, and neo-Nazism as hateful expressions of intolerance that are contradictory to the values that define the people of the United States; and

(A) the President and his administration to—

(i) speak out against hate groups that espouse racism, extremism, xenophobia, anti-Semitism, and White supremacy; and

(ii) use all resources available to the President and the President’s Cabinet to address the growing prevalence of those hate groups in the United States; and

(B) the Attorney General to work with—

(i) the Secretary of Homeland Security to investigate thoroughly all acts of violence, intimidation, and domestic terrorism by White supremacists, White nationalists, neo-Nazis, the Ku Klux Klan, and associated groups in order to determine if any criminal laws have been violated and to prevent those groups from fomenting and facilitating additional violence; and

Speaker of the House of Representatives

Trump should just say — hey we are going to make an exception for DACA and grant amnesty for this group of people. Better than trying to redefine what words mean. I can live with it if he gets his other agenda items done. The Presidency is not a dictatorship and Trump has to work deals to get things done.

But what is Trump getting for DACA? Just curious.

Illegal?? Congress is about to fix that for them.