Cambodian Prime Minister Hun Sen called on the United States on Friday to withdraw Peace Corps volunteers in an escalating row over accusations that U.S. agents conspired with an opposition leader to plot treason.

Hun Sen was responding after the U.S. embassy in Phnom Penh issued a travel warning that urged citizens to show caution amid "anti-American rhetoric by officials".

"Are you prepared to invade Cambodia and that's why you told Americans to be careful? It's good if you pull out the Peace Corps," Hun Sen said.

The U.S. embassy declined to comment. It has previously dismissed the accusations of collusion...

That organization mainly converts it’s young volunteers into lifelong Democrats. Same with Americorp. Get rid of them both and save a billion.

If you’ve ever been in the Peace Corps you are automatically disqualified from serving in intelligence, both military and civilian, IIRC.

That rule has been on the books for at least forty years.

Probably past time to defund the Peace Corpse.

I wonder if it’s still in place after 8 years of BHO.

Rule in place. And the Peace Corps carries a similiar rule. If you ever worked for the CIA, you will never work for them. If you worked for military intelligence, you need to have been out for at least ten years.

In my whole life, I’ve only come across two folks who did a PC ‘tour’. One guy who did a couple of months in the Peace Corps, and was ‘invited’ to leave early (they had a strong opinion against drinking). As he said they are more strict than a Baptist Church on drinking habits. I think for 99-percent of people, this would be the wrong volunteer work to get into.

The second was A kid from my home-town high school went off after college, with his wife and did a year in some Asian Peace Corps position. They had trouble upon returning to the region (rural area in the South)...trying to readjust to local landscape.

I know of a certain State Department employee who worked in the camps on the Thai boarder and admitted to me while he was drunk that he had rapped and murdered young boys for sex. He is a know homosexual married to a Thai woman. Probably no one else at State knows they have a murdering rapist in their midst, but then to report something like that against a Gay at State would end your career.

Report him anonymously then.

He is a monster, a killer who has not faced justice.

Sounds like Hun Sen is getting back in touch with his Khmer Rouge past.

JFK’s baby. I say vote to defund it on the 50th anniversary of Chappaquidick, sometime in 1919. 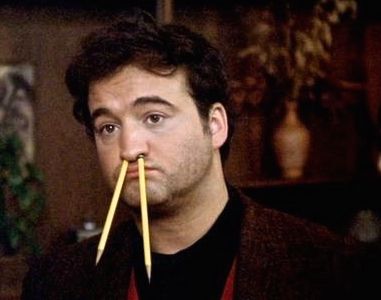 "Seven years of college down the drain. Might as well join the f***ing Peace Corps!"