When former President Obama left the White House, he pledged to take a back seat to make room for other Democrats in the party to shine.

Nearly 17 months later, that’s proving to be an impossible task.

Obama drew headlines this week after a Politico report revealed that he is consulting a long line of would-be 2020 candidates and offering advice to party leadership. And he drew another round of headlines when it was announced that his political committee, Organizing for Action, is revving up to help Democrats in the midterm elections.

Democrats have turned to the party patriarch as fatigue with the Clintons has set in, a factor exacerbated in recent days by former President Clinton’s tone-deaf comments on Monica Lewinsky and the “Me Too” movement.

The desire among Democrats for Obama to take a more leading role in the midterm fight and party building in general is just getting stronger, particularly with the lack of alternatives.

“There’s f---ing no one else,” one frustrated Democratic strategist said. “Bill Clinton is toxic, [former President] Carter is too old, and there’s no one else around for miles.”

Some say Obama should get off the sidelines — and should have done so earlier.

“He’s been way too quiet,” said one longtime Obama bundler who rarely criticizes the former president. “There are a lot of people who think he’s played too little a role or almost no role in endorsing or fundraising and he’s done jack shit in getting people to donate to the party.”

The vacuum at the top of the party has been created by the fall of the Clintons; Obama’s disappearance, for the most part, from the public stage; and the fact that other Democrats with national voices are getting ready for 2020.

Pretty much ever President when they leave office are suppose to fade away. They do this for the love of our Republic, and to give the new POTUS a chance to be successful. For the most part ever President has done this.

Can these liberals express a coherent thought without the use of profanity????

The DNC’s annoying mother-in-law that’s best known for running interference for her husband’s sexual assaults mysteriously failed, so now they’re going to break out an ineligible candidate to save the DNC. It’s great to see that they have so much faith in Bernie. This whole thing is hilarious—and very telling that it won’t drive a single liberal to ask WHY?

They need someone to blame for their feckless lack of purpose and misplaced priorities that were his champion causes. Then they can turn on him. The Trump beatings have offered no traction.

Obama is fairy late to make any difference...

Their platform is that they want the economy to crash, the best unemployment numbers in 44 years is a travesty. Yeah, that’s a winning formula.

No... former presidents are supposed to fade away, keep their opinions to themselves, and keep their traps shut.

So why in the hell would they want him around ?

Obama is laying low because he knows he’s very involved in all of the FBI/DOJ shenanigans and he doesn’t want to attract attention to himself right now.

“Return” would presuppose that he had left instead of setting up shop right down the road.

17 posted on 06/14/2018 4:26:53 PM PDT by BlackAdderess (It's morning in America)
[ Post Reply | Private Reply | To 1 | View Replies]
To: Enlightened1
One strongly suspects that calls for mister Obama to re enter the stage are ultimately, and clandestinely orchestrated by the community organizer himself.

Dems. They know nothing other than deceit.

You're riding a girl's bike, chief. This pic was taken after the ejected shell hit him in the eye. 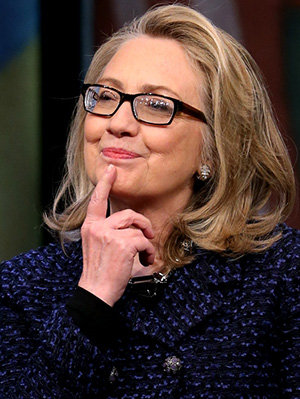 Nothing screams "idiot" like wearing hipster glasses because you think it'll make you look smart.

Sooo funny. I know this is a small and insignificant complaint. But just after Kate Spade’s suicide, I read a story about both Chelsea and Jenna Bush saying they treasured their first Kate Spade handbags. The next day, Jenna was scrubbed from the story. Only Chelsea treasured her first Kate Spade bag. I know it is a small comparison, but pushing Chelsea is game 1 for Big Media.