The 5-4 decision Tuesday is the court’s first substantive ruling on a Trump administration policy. Trump tweeted “Wow!” after the decision.

Not long after the decision, CAIR, which is the nation’s largest Muslim civil rights and advocacy organization, announced it will be holding a news conference at 11:15 a.m. Tuesday. There will also be a rally at 6 p.m. held in Minneapolis in front of the federal court house, protesting the decision.

Ellison spoke with WCCO’s Esme Murphy on Facebook Live shortly after the decision.

“This decision is outside of the consensus that we have as Americans that people have the right to be whatever faith they want to be,” Ellison said.

Ellison says, despite what the policy is called, it’s really a Muslim ban.

Ellison says the travel ban is a big factor in his recent decision to run as Attorney General for Minnesota.

“I know that this decision will meet the dust bin of history, just like all those other nasty, ugly decisions [by the Supreme Court],” Ellison said.

Senate hopeful Karin Housley issued a statement also Tuesday morning, saying: “Today’s Supreme Court rulings are a victory for the rule of law and the constitution – but also highlight the importance of the upcoming elections. Over the next several years, the U.S. Senate will likely confirm one or more justices to the Supreme Court, and with such a narrow Senate majority, November’s elections may be among the most consequential in our lifetime. We cannot allow far-left radicals like Tina Smith to pick our next Supreme Court justice – and as a United States Senator, I will advocate for Supreme Court justices that respect our constitution and uphold our rule of law. At this critical juncture in our nation’s history, adherence to our constitution has never been more important; our freedoms, our safety, and our security as a nation depends on it.”

Which makes me HAPPY!

I suppose cair being sad makes you ecstatic? LOL! Does me. Lib heads a poppin’! BANG!

I hope the desperate Dems keep him out there spouting his fool mouth off. 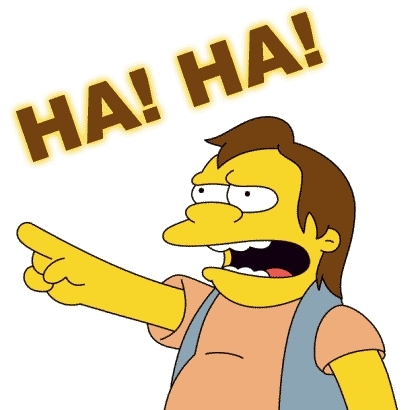 This issue is not "travel". The issue is invasion. This is a most basic constitutional issue that mandates the federal government stop invasion.

The United States...shall protect each [state] against invasion

Trump's argument is first and foremost a Constitutional argument, not a federal statute argument. Illegal immigration and immigration of our enemies are INVASION which the Constitution specifically mandates the federal government to prevent. Don't repeat the Lying Leftists Labels. This and related articles should be posted as an Invasion Ban Order.

I may just watch MSNBC tonight to see the angst of Rachel Maddow and the boys. I’m sure they will be horrified by this ruling.

They must not only be kept disappointed but marginalized. Voters in swing districts and competitive Senate races must be made to understand that the Democrat/globalists favor open borders and if they achieve legislative, executive or judicial power will implement policies that will end the American constitutional nation and destroy its culture. Either vote Republican or become subjects of the UN.

He is not running for re-election. He is running for AG here in Minnesota. He wants to protect the zillions of muslims who live in the Cedar/ Riverside Little Mogadishu area of Minneapolis. They send millions of dollars in cash back to Somalia. money that was stolen from Minnesota taxpayers through numerous fraud methods, mainly the daycare scams.

I bet Cnn is having more major vapors today! I just might go and turn on TV just to watch that!

Islam does not fit with our Constitutional values & has no place in our society because of that. If Keith Ellison doesn’t like that,he can leave. He won’t be missed.

The result should have 9-0

For a justice to vote otherwise is to say the President does NOT have authority to control the Federal immigration bureaucracy. It should have been as clear as day.

Her’s hoping she gets verklempt.

Winning! I’m not tired yet. It ids pathetic that the minority 4 in this decision either can’t comprehend the Constitution or can’t read. What pathetic LIB loons.

Yeah. Life’s a bitch for Islamofacist Marxists, when the constitution works

He used to be my Congressman until I moved out of the district.

When Keith Ellison is sad or disappointed, then I’m definitely happy!

“He wants to protect the zillions of muslims who live in the Cedar/ Riverside Little Mogadishu area of Minneapolis.

Have you been out to Eden Prairie, Faribault or Willmar lately? Those areas are not min his district but there’s growing amounts of Somalis there too.

I live in Eden Prairie. I can attest to it.