Hawaii leaders are weighing in on the U.S. Supreme Court’s ruling on Tuesday to uphold President Donald Trump’s travel ban, a policy that put the state at the forefront of a months-long legal challenge. Lt. Gov. Doug Chin, who led Hawaii’s challenge against the travel ban when he served as attorney general, issued a statement saying, “I hurt today for Hawaii families and others who have experienced discrimination and scapegoating due to President Trump's bullying remarks and orders.”

Current Attorney General Russell Suzuki agreed and added that the office continues to believe that the travel ban is "unconstitutional."

This was all about former AG Doug Chin getting publicity so he could run for political office. He is a total political whore. He also completely disavowed his prior opposition to same-sex marriage, turning his back on his church.

I noted that too in Thomas’s opinion. It sounds as if the issue of finding a liberal judge to issue an injunction against something liberals don’t like, may be ruled as a violation of proper legal proceedings.

How many jihadis live in the Islands?

This abysmal creature , Doug Chin , is now running for Hawaii 1st Congressional District 1 .
It is vital to keep this pathetic moron OUT of the U.S. House of Representatives .
The Hawaii Republican Party , sadly, will do almost nothing to stop , or even oppose him .

I offer for your own consideration , his campaign links . Perhaps FR has something to say to this devious little Washington State pinhead pretender to Hawaii leadership ?

5 posted on 06/26/2018 2:56:43 PM PDT by LeoWindhorse
[ Post Reply | Private Reply | To 1 | View Replies]
To: LeoWindhorse
Oh, gosh! A liberal politician who believes the ban is horrible? Whooda thunk it? Now the rest of the Usual Dreck can line up for their two minutes in the spotlight as they compare Trump to Hitler, Genghis Khan, Tamerlane, Attila, and Robespierre in a Brooks Brothers suit. 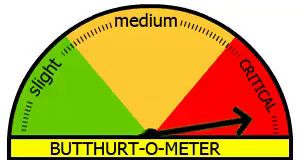 I*s it true that President trump asked Congress to come up with legislation revoking Statehood for these recalcitrant States that don’t believe in or refuse to uphold the US Constitution???

Who cares? HI will never vote for DJT anyway.

Chin doesn’t like it. Well, I know of a volcano where he can have a marshmallow roast.

Chnk and dirtbag are incompetent. Anyone with a law degree could read 1182f and see the president was correct. Hawiians apparently are stupider than most people.

Go ahead, aholes, try to secede. And pay for your own volcano relief.

Many of us DO!

“I hurt today for Hawaii families and others who have experienced discrimination and scapegoating due to President Trump’s bullying remarks and orders.”

They just found out their opinions don't matter...it must hurt to sit down right now for them.

Here is a story of the Muslims living in the Hawaiian Island. There are 5,000 or about 1% of the population.

Keep in mind that this cretin is trying to get into the U.S. Congress .

Come on FR’er’s , don’t be flippant ! Help in the push back .
FR mob his campaign websites . Do your worst !

Did any of the Hawaiian leftists vapor-lock?