Whatever happens to Brett Kavanaugh, Democrats have normalized yet another illiberal position in their pretend crusade to save the Constitution from Donald Trump.

“Doesn’t Kavanaugh have the same presumption of innocence as anyone else in America?” CNN’s Jake Tapper asked Democratic Sen. Mazie Hirono this past Sunday. “I put his denial in the context of everything that I know about him in terms of how he approaches his cases,” was her unexpectedly honest answer.

Benjamin Wittes, editor in chief of Lawfare and one of the Never Trumpers purportedly fighting to rescue America from the president, wrote thousands of words rationalizing the notion that the accused, rather than the accuser, bears the “burden of proof.” No doubt, this is one of those oscillating norms that will apply solely to conservatives. Nonetheless, it’s a grotesquely illiberal sentiment in any situation, and one that is being ceaselessly repeated by the left and their allies this past week.

TOPICS: Constitution/Conservatism; Crime/Corruption; Front Page News; Government; News/Current Events; Politics/Elections; US: Hawaii
KEYWORDS: benjaminwittes; cnn; democrats; dnctalkingpoint; dnctalkingpoints; hawaii; jaketapper; jeffreytoobin; kavanaugh; kavanaughallegation; maziehirono; mediawingofthednc; partisanmediashills; presstitutes; scotus; smearmachine Navigation: use the links below to view more comments.
first 1-20, 21-40, 41 next last
Democrats have made a mockery out of the hearings from the start. They have ignored the rules, attempted to filibuster the proceedings and have replaced the Senate's legitimate role of advise and consent with temper tantrums, screaming displays of anger and weird I am Sparticus outbursts.

Now they are trying to undermine centuries of American jurisprudence. They declare that the accuser is automatically correct, the accused has no right to defend himself and that facts, evidence and common sense must be totally ignored.

I suspect the democrats are going to be really sorry they picked this fight. Their radical left is taking them over. This is not good - for them.

Kavanaugh will get on the Court.
Ginsburg will die.
Trump will nominate a very Conservative woman.
And the Democrats will just start shooting.

As likely a scenario as most.

Nah. Leftards have merely shown that they are rabid incarnations of Satan. Spawned in Hell, will return thereto.

Bumpin’ it up here, boss.

They just want to watch the country burn. Sick bastards.

DonFi want all women to be heard. Which would include this one right?
http://billlawrenceonline.com/sharyn-bovat/

In the end, this righteous, indignant, puritanical behavior by the left is getting scary. Most parties at peoples’ homes have a lot of debauchery, sexual joking, and grab-assing. It’s a party for f’s sake.

So now, if you attended any crazy, fun party, you’re a molester, rapist, and misogynist — at least if you’re a man. If you are a woman at a party, you’re simply a victim.

What a bleak, mirthless world the Democrats are creating. And this is the life people want?

“And the Democrats will just start shooting.”

The #1 question that needs to be asked of Ford is “how many men did you have sex with in high school? Just too bad there isn’t a readily available list of boys who had her in high school. Have them come forward and testify she was a whore!

The democrats are the Manson Family.

The democrats are the Manson Family.

This is why it is important that there be some serious consequences for false rape/sexual assault allegations. If Ford knew she was looking at a jail sentence for making a spurious claim that she couldn’t prove, she probably would have never tried to do this in the first place.

They’re going to sweep the midterms!/s

Sen. Kirsten Gillibrand (D-N.Y.) is calling for Supreme Court nominee Brett Kavanaugh's nomination to be withdrawn following two sexual misconduct allegations against him. Gillibrand on Sunday tweeted her support for Deborah Ramirez, the woman who hours earlier went public in The New Yorker with her accusations against Kavanaugh. Ramirez is alleging that Kavanaugh exposed himself without her consent when the two attended Yale University together in the 1980s. (Excerpt) Read more at thehill.com ...

Her animus against Kavanaugh is understandable.....Kirsten likes men who play rough.

....there is ample evidence that Sen Gillibrand's father worked for the Nxivm sex cult in Albany. Gillibrand’s father Doug Rutnik was Nxivm's attorney for four months in 2004 at $25,000 per month. In 2004 Gillibrand left her NYC based law firm to work in his Albany office....during the period her father was working for Nxivm.

Isn't that a coincidence? Gillibrand endorsed Eric Schneiderman for AG. Schneiderman later investigated Nxivm.......
then E/S suddenly closed the case BUT nobody knows what happened to the evidence.

Schneiderman was ousted as NYAG b/c women came forward, said he slapped,
choked and spat at them in his bedroom. The "tolerant and compassionate" liberal
called a woman of color his "brown slave."

Keep this on the front burner. Schneiderman had better have some answers.....or else.

BACKSTORY As the NYAG, Schneiderman (then a full blown sex deviate behind closed doors)
suddenly announced he had suspended his investigations into Albany's NXIVM sex cult.

Despite an admission that he had accumulated tons of evidence, Schneiderman decided to look the other way.

WE HEREBY DEMAND TO KNOW: What did Schneiderman do with all the evidence?

If evidence has been destroyed, Schneiderman has got problems even bigger than those found in his bedroom.

This whole thing is not about Kavanaugh. It is not even about POTUS Trump. It is about the Constitution. The purpose of the Constitution is to restrict the power of the government. That is exactly the opposite of what the rats want. POTUS Trump and Kavanaugh want to uphold the Constitution as written. The rats, and the swampers (is that a real word?) cannot allow that.

They are simply acknowledging that they have the power to play the game anyway they want.

We need to do so. For starters, call a special prosecutor on Mr Elision’s assault on his girlfriend.

We need to start fighting like we are the third monkey on the ramp to the Ark, and it is starting to rain. 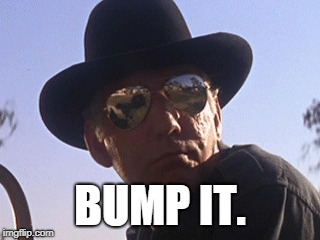