Ancient tools that may give historians a glimpse into America's history were recently discovered just feet below the surface in Texas. Researchers with Texas A&M University made the stunning discovery during a dig at the Debra L. Friedkin site, located just 40 miles northwest of Austin. Archaeologists have been searching for artifacts at the site near Buttermilk Creek for more than a decade — but this may be their most important find yet.

Michael Waters, professor of anthropology and director of the Center for the Study of the First Americans at Texas A&M, and staff from Baylor University and the University of Texas described the various ancient items they found in a study published in the latest issue of Science Advances. The team reveals they found 3 to 4-inch weapons, including spear points made of chert, under sediment they believe to be at least 15,500 years old.

but of course it had to be Texas. We will never hear the end of their bragging. Oh well, it does seem to be in their blood.
.
Congratulations Texas for having your roots confirmed.

I thought a rock was the oldest weapon deployed.

They should check it for Helen Thomas’ fingerprints.

Did Lizzy lose her assault weapon when she was a gang member 15,000 years ago?

Is it really bragging if it is true? Coming from a 6th generation Texan.

It was in the Bible. That's where the song, Rock of Ages, came from. (ducking for cover).

I found a Kennewick arrow point in my back yard.

That makes me native, doesn’t it?

I’ll get back under my rock now.

It just keeps getting pushed back further...

Now they need to dig even deeper after they think they ran out. Below that iceage layer there are even older finds that are not supposed to be there.

There are pre-pre-clovis down there to be found...

We always stop digging far too soon with all these. And it is financially dictated that we do stop too soon.

Yes, of course, in Texas. Where else would they be found?

As one of my old professors once said “The Earth is an Icy Planet with vast areas suffering from long term cold. However it is punctuated by warming lulls, thats when civilization happens!”.

Except for boasts about Whataburger. Definitely all hat and no cattle.

They found rocks in Texas? maybe it should have said oldest man made weapons?

Finely crafted rocks, flintknapped by a contemporary artisan was one of the sharpest, useful, and deadly weapons in the world. Precision made after years of practise, as if one’s life depended on it. We should be so industrious these days.

The best hamburger in Texas is Dan’s Hamburger’s located at Manchaca and Ben White Blvd aka US71 and US 290.

I would drive 20 miles out of my way for a Dan’s burger. I’ll eat a Whataburger once or twice a year when I’m desperate.

Absolutely... It is a cycle. But something that is being misconceived is civilization and technology have never been linear and universal world wide. There are still remote cultures even now surviving with stone age technology.

Meaning while there may have been rudimentary technology in one geographical area, there very well could have been very advanced technology in another. One cannot be used to invalidate another.

It is a mistake to assume that technology was universal world wide as linear in the timeline. 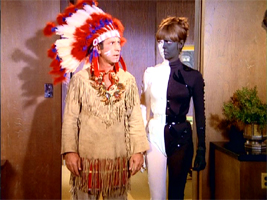 Got lots of Hats AND Plenty of Cattle for Beef and Breeding more.