In case you haven’t noticed, long-established political parties across the democratic world are blowing up, with Britain’s Labour Party just the latest to fracture. Could America’s parties be next?

Disunity follows diversity. Its what people like Friedman promoted and ultimately wanted. What better way to achieve their goal of destroying the American nation?

They are doing the same with guns now.

Of the 4 that last one will be the smallest and most likely to become political roadkill.

An argument I have been making since the last elections is that President Trump is essentially a third party president considering the traditional opposition of the dims and the antics of the RINOs and GOPes.

Neither party has any core beliefs. They never really have. Their belief is the party. Increase the power of the party. They have a base they pander to for those core votes, but it’s lip service.

I'd guess their number is presently at 5k and falling. Trump has all but killed them.

Ah yes, the good ole ‘90s when Canada had “Pizza Parliaments”. Jean Chretien’s Liberals won enough seats in Ontario and the Maritimes and a handful elsewhere to form a government, but the West had Reform/Canadian Alliance, Quebec the Bloc Quebecois, and the Maritimes had a few federal (Red Tory) PC and also NDP seats. And the talking people in 1997 thought it was dangerous for the Reform Party to become Her Majesty’s Loyal Opposition instead of the separatist Bloc.

Thomas Friedman is an idiot.

It is a testament to American stability that we really only had two.

But it is an indictment of our inattention to our government that we did. 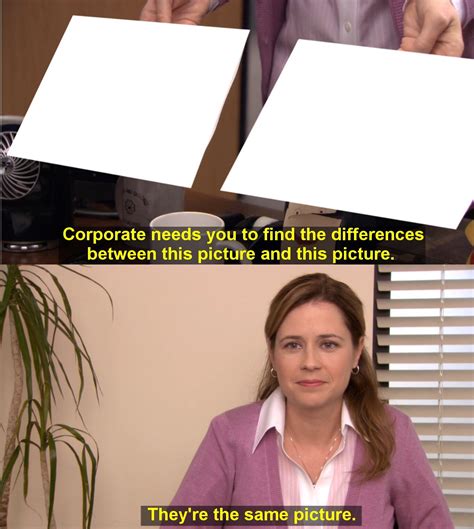 Thomas Friedman needs to switch to the democrat party...

And as far as 'willing to work and willing to work together'? That's nuts. Democrat would stab us in the back first chance they got - their idea of 'working together' means us giving into their ideas and helping them. They would never help us. Well written but mostly drivel from a never-Trumper...

What we need is a viable second party.

The battle is now globalist/socialist vs. nationalist/patriot.

34 posted on 03/01/2019 9:16:57 AM PST by central_va (I won't be reconstructed and I do not give a damn)
[ Post Reply | Private Reply | To 1 | View Replies]
To: gattaca; All
Regarding constitutionally undefined political parties, please consider the following.

Because of the federal government’s constitutionally limited powers, there is no reason for political party support for elected federal officials imo.

After all, since one of the very few powers that the states have actually expressly constitutionally delegated to the feds to control an aspect of domestic policy is to run the US Mail Service (1.8.7), all other so-called “federal” domestic services actually base on stolen state powers and likewise stolen state revenues, the key question to the need for political parties to shape federal domestic policy is this.

How many political parties does it take to run the US Mail Service?

I say none, no political parties needed.

In fact, the Founding States intended for each state, not the feds, to provide their citizens with state social spending programs, depending on what the legal voters of each state want. This is evidence by the following excerpts from the writings of a constitutional lawmaker and previous generations of state sovereignty-respecting Supreme Court justices.

In fact, misguided, bleeding heart politicians like Pelosi and AOC should gotten themselves elected as state lawmakers to properly exercise 10th Amendment-protected state powers to serve the needs of the people.

Again, other than the mail service, the Founding States had never intended for the feds to provide government services for the basic needs of the people.

The bottom line is that patriots need to support PDJT in peacefully politically "forcing" the corrupt, post-17th Amendment ratification Congress to surrender state powers that it has been stealing from the states back to the states.

Patriots then need to make such changes permanent by again supporting PDJT in leading the states to repeal the 16th and ill-conceived 17th Amendments.

It’s pretty hard to tell the difference between 1, 2 AND 3 most of the time!

36 posted on 03/01/2019 9:31:42 AM PST by bigbob (Trust Trump. Trust the Plan.)
[ Post Reply | Private Reply | To 31 | View Replies]
To: discostu
Neither party has any core beliefs. They never really have. Their belief is the party. Increase the power of the party. They have a base they pander to for those core votes, but it’s lip service.

The base recognizes (or ought to) that they don't get what they want themselves if the party doesn't broaden its appeal enough to win the election.

Traditionally, senators and representatives can't be wholly ideological. They have to worry about getting elected. They have to make sure that they can successfully put through legislation (or successfully block it). They have to make sure the legislation actually works and has positive effects. And they have to compromise to get things done. It's easy to be a principled purists when all you have to worry about is typing and pushing the "post" button, and not so easy when there's more at stake. Others in politics have similar constraints.

That said, Congress - certainly the backbenchers in Congress - are more ideological than they've ever been, with the exception of the very early years when Hamiltonians and Jeffersonians were accusing each other of being traitors (the Civil War era was even more violent, but was that about ideology or about sectionalism?).

Of course, somebody like McConnell holds the hotblooded back. That's been the traditional role of the leadership. It's frustrating, but if you get the zealots in charge on both sides the results may not be an improvement.

From the years I was involved in local politics, that was my conclusion as well...

You mean there really are TWO distinct parties?

The two parties suck. I heard one person say, “The Democrats rob the bank and the Republicans drive the getaway car.”