In case you haven’t noticed, long-established political parties across the democratic world are blowing up, with Britain’s Labour Party just the latest to fracture. Could America’s parties be next?

“But it is an indictment of our inattention to our government that we did.”

We aren’t to blame. We voted, went to work, and paid onerous taxes. They kicked our ass, looted the treasury, installed people they wanted through election fraud, and verified it through a corrupt judiciary and bureaucracy. The people were kept docile and uninformed by a corrupt and deceitful media on both the left and right.

I do not accept your blame.

You are a Whig...interesting, since I’m looking into it.

> “DJT is in the process of blowing up the political order and for that I’m eternally grateful.”

“You are a Whig...interesting, since I’m looking into it.”

The Whigs are mostly veterans, and like-minded patriots.

“I do not accept your blame”

You dont have to. Doesnt mean we are absolved of it.

The founders warned people to guard their liberty “jealously”.

We didnt. We guarded “teams” of people that help themselves while we “oh welled” ourselves to where we are now.

I’ve always thought that the political spectrum was being over-simplified. There are at least 3 axis that I perceived. Social issues, economic issues, and international issues.

I’m conservative on 2 and moderate on international issues as I believe we need to participate to keep an eye on things and nudge when needed, but not put our thumb in the pie all the time. 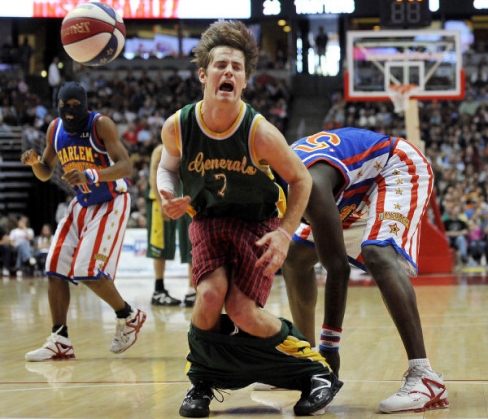 A little reading our Founders...
https://ritholtz.com/2011/07/founding-fathers-beware-two-party-system/

The problem is the base keeps lying to themselves and thinking that’s “compromise” meanwhile the parties do NOTHING that resembles how they sell themselves to the base. Obamacare is a classic example. GOP spent a lot of time “repealing” it when they knew it would get vetoed. As soon as they had both chambers and the White House suddenly it became complicated.

It’s not about being a principled purist. It’s about having ANY principles at all. Which neither party does. They’re all about the numbers game, winning elections, having offices, and making sure as many people as possible hate the other side. Their only loyalty is to the party, now guiding principles, no vision, just get seats.

I’ve read Founding Father quotes and things to the contrary. I will have to find them. On travel now with no access to my library.

If you have people you are going to have differing points of view - factions. Aristotle points this out! (and as the joke goes if you have 3 Jews in a political process you will have 5 political parties! - told to me by an Israeli!)

All you have to do is look at the history, the political battles have always whittled it down to 2 parties. Their names don’t matter. Third & 4th parties are usually one issue parties and they end up being absorbed into the main parties (or take them over! GOP absorbed the Whigs after they imploded!) We have a sort of “winner take all system” at least until the next election. If a major party implodes then another party moves up but we still end up with two! Why ? Because it always comes down to - (I’ll just set the extreme ends!) Government control of the citizenry to little government control of the citizenry. Unfortunately that mean is moving toward full control end.

Back to the idea of multiple party government. The only way that would work again is in parliamentary system. It’s no panacea! Look at Germany! All the European states have difficulty making decisions & governing.

Didn’t he have a book out a while ago titled “Flat, Brown and Stinky”?

“The GOP has long been dominated by Bush League Republicans, voting for the continuation of the illegal alien inundation in the faces of the majority of their voters.”

And despite the rest of us electing Donald Trump, the Bush Republicans remain in control of the GOP.

That’s why Paul Ryan succeeded in blocking both the Wall and the repeal of Obamacare.

Reagan was also an anomaly. And once he was gone the GOP establishment was able to return to the who-cares-about-conservative-voters habit that it always loves.

The National Review GOPe, the Judge Smails aholes, that stand for nothing and won’t lead. This is the bunch that lost the House last year. They offer nothing new, the base knows they are liars and timid cowards and will never follow through on any of their promises. They are too arrogant and snobbish to rub elbows with the Trump populist, they are looked at like evangelicals and pro-life party members.

The GOP will die when Trump leaves the scene unless they embrace many of his ideals. Right now the Bush/NRO GOP offer nothing I remotely interested in because I know are full of crap, they hate me, they are cowards and liars.

Riiiiiight. And the Slimes and other Partisan Media Shills have suddenly come to the conclusion that another Civil War is brewing. Oh, and the Electoral College? It's baaaaaad. Due process? Only when it's a convenient way to delay justice for one of their own.

NeverTrumper nonsense. Howard Schultz is going to draw some NeverTrumper votes (the rest will go to the candidate of the real political party of the NT's, the Demagogic Party), but will also drain off votes of lean-D voters who would never vote for Donald Trump and/or would never vote for a Republican in the first place -- and can't support the Demwit platform and/or candidate in 2020.

If the NPV passes in time, the electoral votes of both California and New York (and Florida, and Texas, those are the four largest states) will wind up in the lap of our incumbent President, who will win the 2020 popular vote. And for decades to come, a bunch of idiots will blame Schultz instead of the monstrous inhuman genocidal racist leftist bigots of the Demagogic Party.