Nearly two-thirds of registered voters think President Donald Trump committed crimes before assuming the presidency, according to a new poll taken in the days after former Trump lawyer Michael Cohen testified to Congress.

According to a Quinnipiac University poll released Tuesday, 64% of registered voters said Trump had committed crimes before entering office and nearly half of voters — 45% — think he committed crimes while serving as President.

Despite Trump’s massive popularity in the GOP, even a third of Republicans said Trump had engaged in criminal activity before his presidency. The poll showed that 89% of Democrats and 65% of independents thought Trump had committed crimes before taking office.

Republicans were the only demographic group without a majority who believed Trump broke the law before he was President.

In bombshell testimony last week, Cohen alleged — among other things — that the President had directed him to pay hush money to kill negative stories about the then-presidential candidate, something most voters in the poll frowned upon.

According to the poll, 73% of registered voters said paying to hide a negative story about a presidential candidate without disclosing it is unethical, including a little more than half of Republicans.

In other words, 2/3rd’s have been successfully brainwashed by the MSM.

There again, WHAT CRIMES exactly? BS!

“A person on average commits 3 felonies a day and doesn’t even know.”
...........
There was a good article here on FR about this a few days ago. We have so many stupid crazy laws.

I would have answered in the affirmative. But that is true of anyone that rises to the level of membership in the congress or business.

And with our stack of laws reaching to the moon, who HASN’T broken the law?

This is weird because I think that two thirds of everybody who works for Quinnipiac committed crimes before they went to work there and I’m as smart as anyone THEY polled.

Q poll is as unbiased as CNN poll SARC

Trump was under the microscope of the media in NYC, the center of the media universe, for DECADES before he ran for President.

If there were anything there, we would have heard about it loooooooooong before the campaign.

I cannot imagine anyone with an ounce of intelligence paying ANY attention to polls after the 2016 election.

Proof that we the sheeple of America are led by their master the mighty TV instead of their intellect.

It takes effort to live in freedom. 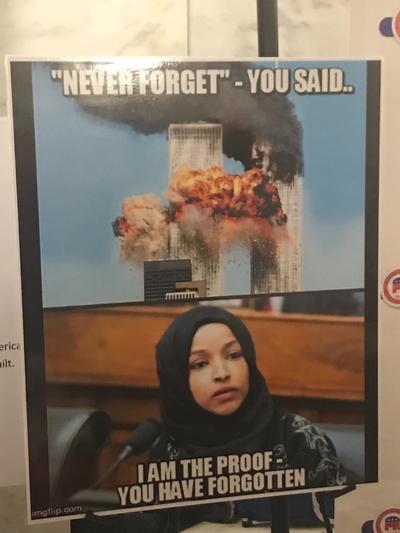 NEVER EVER FORGET.....everthing is being thrown at us today by the Socialists/Marxist Dem's, covering for elected like Omar who hates Jews and is on a Muslim mission from our government, to twits like AOC and Pelosi who has lost her grip and the fake MSM....recognize the propaganda being hurled at the Republicans and Independents....President Trump is the strong man, the real American for this time...POTUS is doing a really, really excellent job in-spite of the critics who pound him 24/7 with senseless and rude propaganda. (WALKAWAY!)

If they’d have tried that crap under Obama, places would have burned to the ground.

Sad and pathetic what this country has become.

Meme: Every businessman commits crimes. The capitalists are corrupt.

This is getting to be a REALLY STUPID COUNTRY!

Why would this question even be polled?

It’s beyond stupid and I don’t even need to look it up to know that they never asked this question about any previous President.

I propose that Quinnipiac be put on FR’s banned list as enemy propaganda.

With constant repetition of Goebbels-like propaganda on steroids coupled with the power and reach of today’s media, internet, Marxist/fascist socialist democrat party, corrupt government institutions, etc, they can get the gullible to believe almost anything. Open borders, globalism, socialism, equality of outcome, 57 genders, global warming, climate change, etc, etc, etc. So they’re doing a full-court propaganda press on Trump. What else is new?

Just further proof of how effective the msm is in using their brainwashing techniques...