AOC: To hell with your 'thoughts and prayers' for victims of New Zealand massacre
American Thinker ^ | 03/15/2019 | Rick Moran

Rep. Alexandria Ocasio-Cortez is mad again. Her perpetual outrage at the world around her is one of her more endearing qualities - that and her wide-eyed innocence and towering ignorance.

AOC criticized the prime minister of New Zealand who asked for the world's "thoughts and prayers" following the mosque massacre that killed 49 in Christchurch.

At 1st I thought of saying, “Imagine being told your house of faith isn’t safe anymore.”

But I couldn’t say “imagine.”

Because of Charleston.
Pittsburgh.
Sutherland Springs.

What good are your thoughts & prayers when they don’t even keep the pews safe?pic.twitter.com/2mSw0azDN8

This is perfectly understandable. "Thoughts and prayers" involve the two least favorite things for the left; thinking and praying.

“What good are your thoughts & prayers when they don’t even keep the pews safe?” she asked.

That sparked plenty of backlash on social media.

If AOC thinks that praying for the victims is useless, how useless are the various gun control schemes she wants to impose on us? The doltish notion that any gun control proposal would prevent any mass shooting makes “thoughts and prayers” look like intelligent activism.

She forgot San Bernadino and Orlando. I guess those are inconvenient.

3 posted on 03/15/2019 9:30:05 AM PDT by proust (Justice delayed is injustice.)
[ Post Reply | Private Reply | To 1 | View Replies]
To: SeekAndFind
You are in far more danger from socialist governments than you are from deranged mass shooters. 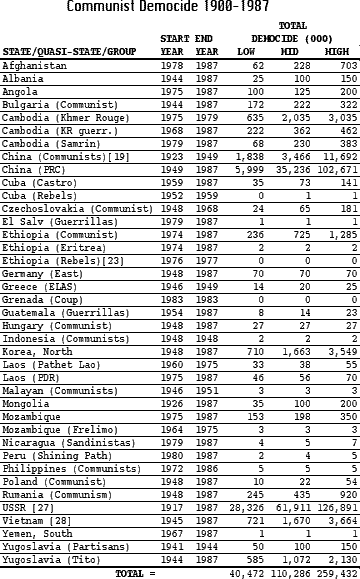 “Imagine being told your house of faith isn’t safe anymore.”

Imagine your house of faith belonging halfway around the world, with your fellow Satanic death cult adherents.

This woman needs to be kicked out of congress and the sooner the better.

How many church massacres have we had in the US in the last five years?

For more commentary on the fidiots comments:

Why do we have to hear every stupid utterance this crazy lady makes.

Ms. Ed doesn’t have an original thought in her empty head. I doubt she is even writing this twitter stuff that is put out in her name.

Anyone know the gun control laws in NZ?

And the NYC thingee.

Nearly 250,000 [1] licensed firearms owners own and use New Zealand’s estimated 1.5 million [1] firearms.[2] As in Australia, but unlike the US and Canada, gun laws usually gain the support of both major parties before they are passed. Guns are not currently a major political issue, but have been restricted immediately after the Aramoana massacre in 1990, the Scottish Dunblane and Australian Port Arthur massacres in 1996.

Gun licences are issued at the discretion of the police in New Zealand provided the police consider the person to be of good standing (Citation New Zealand.2008.‘Delegation of Powers by Commissioner.’ Arms Act 1983 No. 44.Wellington:Parliamentary Counsel Office,1 October. (Q3022) ) [3][citation needed] and without criminal, psychiatric or drug issues as well as meeting other conditions such as having suitable storage facilities. They must be issued for a valid reason[citation needed]. Several different categories of licenses are permitted, with the lowest one permitting access to restricted semi-automatic rifles and shotguns, with limited capacity, while the higher levels which permit fully automatic weaponry and pistols are rarely issued to civilians.

Various governments[vague], groups[vague] behind the Thorp reports[citation needed], and the New Zealand Police[4] have pushed for various forms of universal firearm registration. This has currently not succeeded but current maneuverings[needs update] by the New Zealand Police are attempting to reclassify large numbers of ‘A’ category firearms as ‘E’ category (military-style semi-automatics), which requires them to be registered[speculation?]. This has been done though even by their own admission[5] the New Zealand Police cannot reliably register the current military-style semi-automatic (MSSA) firearms.

Hmmm....Just like AOC and her "Green New Deal" supporters!!!

16 posted on 03/15/2019 9:43:43 AM PDT by Berlin_Freeper
[ Post Reply | Private Reply | To 1 | View Replies]
To: SeekAndFind
To hell with your fake outrage, AOC. If this had been a muslim driving a truck through a crowd or blowing up a church you'd be all "let's not overreact, we must be vigilant to stop islamophobics from taking advantage of this yadda yadda yadda" We all know it, we see it every time muslims show us how dangerously crazy they are.

AOC, I don't beleive you care about human lives. You will walk over the corpses of anyone you have to in order to get your agenda. It's never mentioned in the textbooks but that should be listed as one of the defining characteristics of socialism, that to them people are just assets of the state, some will be sacrificed to achieve the greater good for the many.

That table was generated before Rummel upped his numbers for Red Chinese democide by another 38,000,000 for Mao’s famine. See the Important Note at the top of the page.

You forgot Las Vegas and Waco.

I wonder if Occasional Conscientious says the same thing when her Muslim buddies behead a bunch of Christians and burn babies alive?