In 2013 and 2014, China embarked on an aggressive air and island campaign to dominate the South China Sea, much to the dismay of Japan and other countries in the region. When Vice President Joe Biden visited the country in 2013, he emphasized trade between the U.S. and China and did not focus on the South China Sea. Secretary of State John Kerry did the same in 2014.

"During a critical eighteen-month period of diplomatic negotiations between Washington and Beijing, the Biden and Kerry families and friends pocketed major cash from companies connected to the Chinese government," Peter Schweizer writes in his new book "Secret Empires: How the American Political Class Hides Corruption and Enriches Family and Friends."

Schweizer's book delves into the ways in which "American Princelings" profit at home and abroad from the economic and diplomatic policies of high-ranking U.S. officials. With former Vice President Biden rumored to be considering a 2020 presidential run, the scandals surrounding how his diplomatic efforts enriched his son take on renewed importance. His role in abetting China's aggression for family gain seems particularly damning.

If Schweizer's reporting is correct, Hunter Biden and Chris Heinz became immensely rich even as their respective father and step-father enabled China's aggressive actions in the South China Sea, in espionage against America's nuclear technology, and in the global minerals trade.

Did they register as Foreign Agents?” The Idiot's Guide to Chinagate

CHINA WILL LIKELY replace the USA as world leader, said Bill Clinton in a recent Washington Post interview. It is just a matter of time. Clinton should know. He has personally done more to build China's military strength than any man on earth.

Most Americans have heard of the so-called "Chinagate " scandal. Few understand its deadly import, however. Web sites such as "Chinagate for Dummies" and its companion "More Chinagate for Dummies" offer some assistance. Unfortunately, with a combined total of nearly 8,000 words, these two sites - like so many others of the genre - offer more detail than most of us "dummies" can absorb.

For that reason, in the 600 words left in this column, I will try to craft my own "Idiot's Guide to Chinagate," dedicated to all those busy folks like you and me whose attention span tends to peter out after about 750 words.

When Bill Clinton took office in 1993, China presented little threat to the United States. Chinese missiles "couldn't hit the side of a barn," notes Timothy W. Maier of Insight magazine. Few could reach North America and those that made it would likely miss their targets.

Thanks to Bill Clinton, China can now hit any city in the USA, using state-of-the-art, solid-fueled missiles with dead-accurate, computerized guidance systems and multiple warheads.

China probably has suitcase nukes as well. These enable China to strike by proxy - equipping nuclear-armed terrorists to do their dirty work, while the Chinese play innocent. Some intelligence sources claim that China maintains secret stockpiles of chemical, biological and nuclear weapons on U.S. soil, for just such contingencies.

In 1997, Clinton allowed China to take over the Panama Canal. The Chinese company Hutchison Whampoa leased the ports of Cristobal and Balboa, on the east and west openings of the canal respectively, thus controlling access both ways. A public outcry stopped Clinton in 1998 from leasing California's Long Beach Naval Yard to the Chinese firm COSCO. Even so, China can now strike U.S. targets easily from their bases in Panama, Vancouver and the Bahamas.

How did China catch up so fast? Easy. We sold them all the technology they needed - or handed it over for free.

Neither neglect nor carelessness are to blame. Bill Clinton did it on purpose.

As a globalist, Clinton promotes "multipolarity"-the doctrine that no country (such as the USA) should be allowed to gain decisive advantage over others.

To this end, Clinton appointed anti-nuclear activist Hazel O'Leary to head the Department of Energy. O'Leary set to work "leveling the playing field," as she put it, by giving away our nuclear secrets. She declassified 11 million pages of data on U.S. nuclear weapons and loosened up security at weapons labs.

Federal investigators later concluded that China made off with the "crown jewels"of our nuclear weapons research under Clinton's open-door policy - probably including design specifications for suitcase nukes.

Meanwhile, Clinton and his corporate cronies raked in millions.

Needless to say, China does not share Clinton's enthusiasm for globalism or multipolarity. The Chinese look out for Number One.

"War [with the United States] is inevitable; we cannot avoid it," said Chinese Defense Minister General Chi Haotian in 2000. "The issue is that the Chinese armed forces must control the initiative in this war."

Bill Clinton has given them a good start. 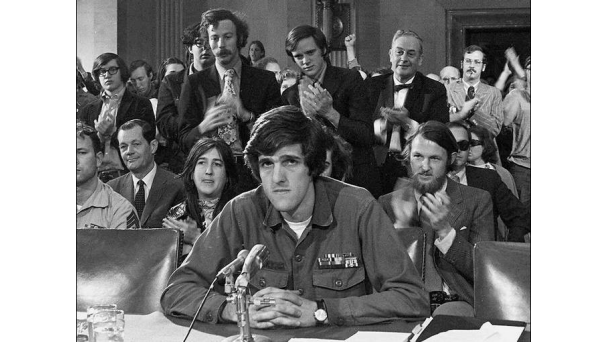 "Under questioning from the Committee, Kerry referred to the democratically elected government of South Vietnam -- our allies -- as a "dictatorial regime, the Thieu-Ky-Khiem regime," while respectfully calling the North Vietnamese communist regime we were fighting by its oxymoronic official name, the Democratic Republic of Vietnam, and the murderous Viet Cong's political arm by their preferred "Provisional Revolutionary Government.":
http://www.jewishworldreview.com/cols/chavez042804.asp
___________________________________________________ 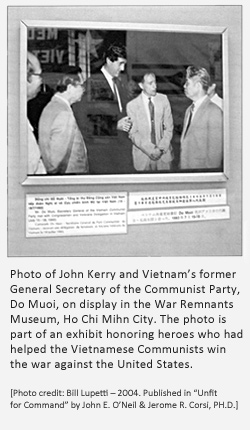 In 1984, Kerry met with Communist Nicaraguan Dictator Daniel Ortega in an effort
to frustrate the anti-Communist policies of Ronald Reagan.

And Joe and his wife have given their blessing!

John Kerry himself led trade missions to China in the 90’s. for the purpose of helping U.S. tech companies move to China. He worked with Boston Capital and a guy named Paul Marco.

Kerry’s son is only following in his father’s foot steps. It is mega corruption. 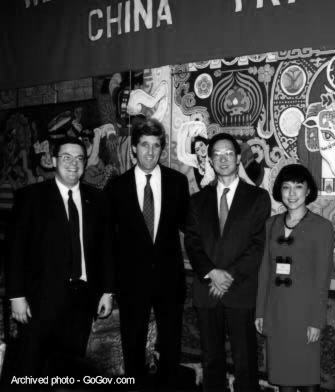 8 posted on 03/22/2019 10:14:22 AM PDT by gunsequalfreedom
[ Post Reply | Private Reply | To 5 | View Replies]
To: RightGeek; bitt; little jeremiah; Liz
Many more details at the link. These scumbuckets are as bad as the Clintons and I doubt any of them will be embarrassed much less punished.

granted, mezvinsky's Eaglevale Fund was mainly just a shakedown of regular Clinton Foundation donors who may have been willing to take a loss to help establish respectable front of global citizenship for the father of hildabeast’s grand children.

on the other hand, it looks more like biden & kerry’s kids were just a conduit benefiting from a $ billion dollar bribe to feather the nest for easy going on china interests?

these pols have raised the bar from renting out the Lincoln bedroom to party pals or charitable tax deductions for bubba’s boxers.

Yet no investigations. No arrests....

Joe Biden likes to cry poor while he lives on a big spread and both of his sons (one now passed) became lobbyists. Whose influence do we think they were selling?

Nothing to see here, move along. It’s been totally ignored by the MSM.

If two of Obola’s first reports sons were in on and profiting from this deal, Obola had to know about it and be dipping his beak into it, too.

Nothing will be done and the show will go on.

Literally treason and nothing is ever done.