“I think being able to age gracefully is a very important talent. It’s too late for me.”

You know that liberal Hollywood boycott about filming in Georgia because of its new fetal heartbeat anti-abortion bill?

Legendary tough guy Clint Eastwood knows all about that Hollywood boycott. Anyway, he’s filming his next movie — in Georgia.

“Now, you’ve got to ask yourself one question. Do I feel lucky?”

The new film is called “The Battle of Richard Jewell,” about the security guard/police officer who discovered a bomb at the 1996 Atlanta Summer Olympics.

Initially, he was hailed as a life-saving hero. But relentless suggestive media coverage implicated him and turned Jewell into a suspect.

Eventually, however, another suspect was identified and captured. Jewell was completely exonerated and sued CNN, NBC and the N.Y. Post for libel. He won large financial settlements.

“It’s a very confusing era that we’re in.”

The 89-year-old Eastwood, a self-identified libertarian, has won four Oscars and four Golden Globes. He wanted to film the Jewell story at the original sites. As fans of his more than 70 movies well know, Eastwood’s character is not one to back down.

So, he’s going ahead with the filming this summer with a cast including Kathy Bates, Olivia Wilde, Jon Hamm and Sam Rockwell — in Georgia.

“I have a very strict gun control policy: if there’s a gun around, I want to be in control of it.”

Dozens of Hollywood actors have written a letter to Georgia leaders protesting the two-month-old heartbeat bill. With some exceptions it prohibits abortions there once a baby’s heartbeat is detected, usually around six weeks into the pregnancy.

The letter noted Georgia’s hospitality and the billions of dollars that filmmakers have spent there.

“We cannot in good conscience continue to recommend our industry remain in Georgia,” the letter said, “We will do everything in our power to move our industry to a safer state for women.”

If you want a guarantee buy a toaster, now that’s funny!

Clint, Jon Voight, and James Woods are great actors and don’t give a shit what Hollywood thinks. I admire them.

I heard Hollywood’s movies are Bombing in China

EVERY Christian film should be done in Georgia. Every conservative based entertainment endeavor should be based out of Georgia.

This LEFTIST extortion must be combatted at every level. HALF the population(Conservative) in this country need to exert their voices more forcefully.

One the contrary- Clint Eastwood is the epitome of aging gracefully! A common sense, masculine cultural icon who has endured through decades in a most successfully graceful way. Thank you Clint! 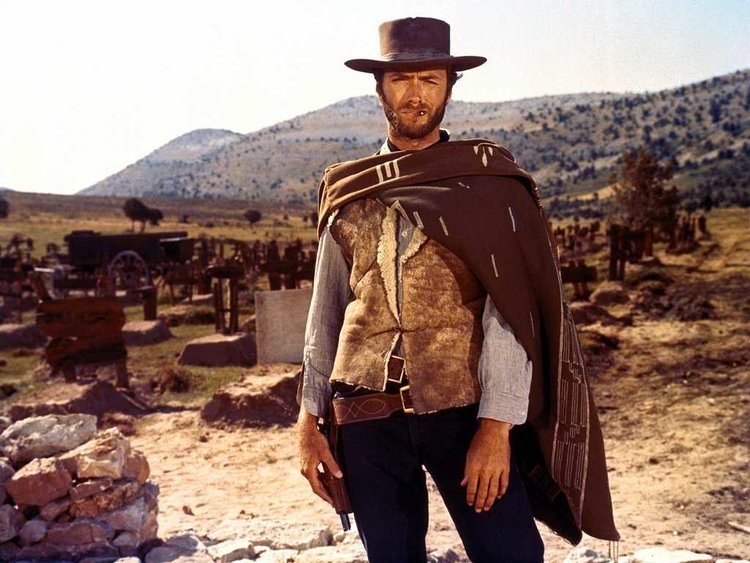 An overweight security guard Richard Jewell finds a bomb in a crowded Atlanta park, an act of terror. He alerts the cops, but the bomb goes off and a desperate Bill Clinton facing a reelection bid ORDERS the FBI to simplify things by making Richard Jewell the perp.

Knowing Richard Jewell revers “real cops” the FBI brings him in for questioning, finally pretending to relent and accept his story of innocence. They then flattered him and lowered his guard by chatting him up in grand style like A Law Enforcement Colleague.

The FBI then claimed to Jewell that they were making a Training Videotape simulation in which a perp under questioning breaks down and confesses to a bombing, “Ah shucks, our actor crapped out, got sick, say Richard, would ya help us FBI guys out..?”

A micrometer away from consenting to help them with their “training video”, Jewell suddenly realizes if he cooperated with “his friends”, they might turn around use the tape against him in the world famous bombing that just transpired.

He calls his ex-roomate, a lawyer, who admonishes Jewell that he’s in very grave danger. He leaves the FBI questioning and AVOIDS LIFE IN PRISON BY A WHISKER.

YOUR FBI IS **FINE** ACTING AS AN INSTRUMENT OF POLITICAL TERROR.

It started at least 30 years ago.

I Wish they'd do a sequel to this skit

RE: Clint, Jon Voight, and James Woods are great actors and don’t give a shit what Hollywood thinks. I admire them.

Add Gary Sinise ( most popularly known as Lieutenant Dan ) to the list.

If you’re gonna’ boycott anything,... do it for a RIGHT/GOOD reason.

This in Georgia is for the worst thing humanity has done to the most innocent and helpless of God’s creation.

Go Eastwood.
Up your Hollywood.

“We cannot in good conscience continue to recommend our industry remain in Georgia,” the letter said, “We will do everything in our power to move our industry to a safer state for women.”

Here’s an example of how the left manipulates language.

The state of Georgia is considered unsafe? They want to move to a safer state for women? Georgia is unsafe? Do these idiots really believe that women are “unsafe” in Georgia???

Not one of these so-calle ‘celebrities’ has a talent worth my dime to sit and watch. Seriously, I’ve never seen the film industry with such a mediocre, if not poor, stable of actors.

Eastwood, Voight, Woods are from a different era.

The above tells me the entertainment industry is due for a major historical change.

Why has Hollywood been making so many movies in Georgia in the first place? Since they have all the infrastructure in LA to start with, why don’t they just film everything in blue state California so they can have a clear conscience about all of the liberal causes of the day?

Yes, most definitely Gary belongs on list. He does so much for disabled Vets in addition to being a great actor.

17 posted on 06/26/2019 7:56:58 AM PDT by freedom1st (Build the Wall)
[ Post Reply | Private Reply | To 11 | View Replies]
To: SeekAndFind
Here is an interesting story: I was on my way to meet a friend at the local pizza joint in downtown Suwanee. I was making some headway in my truck among oddly placed generators, trailers, long lays of cable, and stands holding lights. Suddenly people started yelling at me to stop, and back out of there. It seems I had driven onto a movie set while the security folks were talking with a good looking chick.

I did ask them the name of the movie they were producing; and, it was an episode of a TV series whose name I forgot sometime during lunch.