Hours after an FBI warning about QAnon is published, a QAnon slogan turns up at Trumps rally
Washington Post ^ | 8/2/2019 | Philip Bump

Before President Trump came to the stage at his rally in Cincinnati on Thursday, several other speakers warmed up the crowd.

One was Brandon Straka, founder of the Walk Away movement. Straka was a liberal, until, as he told the crowd, he learned that the media falsely reported that Trump had mocked a disabled reporter during the 2016 campaign. (Trump did do that.) Straka is a minority within Trumps coalition, a gay Democrat-turned-Trump-supporter, and he presented himself to the audience as a validator for Trumps relationship with non-majority groups.

TOPICS: News/Current Events; US: District of Columbia; US: Ohio
KEYWORDS: brandonstraka; bumphimoff; bumptheliar; cincinnati; districtofcolumbia; jeffbezos; ohio; philipbump; qanon; walkaway; washingtoncompost; washingtonpost Navigation: use the links below to view more comments.
first 1-20, 21-40, 41-52 next last
A T-shirt? Seriously? That's it? It's not like they're wearing masks wearing masks and beating innocent people in the streets.

Hey Effa-Bee-Eye - what's Anitfa up to these days?

What a tool this author is.
President Trump did not mock a disabled journalist. That is, as Brandon Straka said, fake news.

DJT did not know that the journalist in question was disabled and that man’s disability did not involve spasticity.

Further DJT had used the same gestures on multiple occasions to convey someone who was frazzled/out of their depth.

President Trump shook up the Navy JAG when he intervened in Chief Gallagher’s case. Now, the top Admiral has ordered a review of JAG. I think similarly, President Trump has put the FBI on notice. Either YOU designate ANTIFA as a domestic terrorist group or I will. And, if after getting a hint from the President, the FBI ignores him, there would be a possibility of more changes to the FBI from President Trump I would hope.

Thanks - mod fixed it.

I liked that move by Trump. Don’t trust JAG in general. They will do what is right for the USN because that is what the USN wants, regardless of the actions of any sailor.

Not saying they are all bad people (we even have a few on FR who were prior JAG) but...if you want to reach flag, you have to do what the Navy wants.

And they don’t always want the truth or justice.

They often want what is least damaging or most advantageous to the USN, sad to say.

This is a president who serves minorities because he loves them. And he loves this country. We are all in this together. 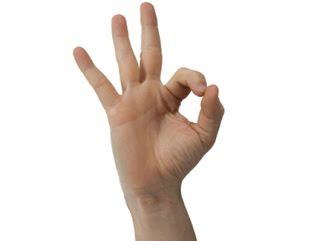 
Implying "minority groups" can't have a relationship with Trump.

10 posted on 08/02/2019 3:57:43 PM PDT by Steve Van Doorn (*in my best Eric Cartman voice* 'I love you, guys')
[ Post Reply | Private Reply | To 1 | View Replies]
To: TomServo
"The FBI assesses these conspiracy theories very likely will emerge, spread, and evolve in the modern information marketplace, occasionally driving both groups and individual extremists to carry out criminal or violent acts,” the bulletin reads. It later describes warning signs: "[R]eports of a sudden rise in threats and unfounded accusations against a given individual or business may indicate impending conspiracy theory-driven crime or violence."

That is all very true. Look at the criminal acts the conspiracy theory about Trump/Russia led the FBI, CIA, DoJ, State Dept. and other 0bama agencies to commit. Lots of threats, unfounded accusations and even bogus FISA warrant applications.

Apparently, ANTIFA are operatives of the FBI. The FBI's complacency towards ANTIFA is strong evidence of that.

Dear President Trump, YOU NEED TO FIRE CHRISTOPHER WRAY AND DO IT NOW!. Appoint Ratcliffe as their new director!

“The FBI assesses these conspiracy theories very likely will emerge, spread, and evolve”

That is an AMAZING prediction, particularly because there have never been any conspiracy theories in the history of the United States before now! Kudos to the geniuses at the FBI!

He made fun of the reporter for his views, period.

“Straka was a liberal, until, as he told the crowd, he learned that the media falsely reported that Trump had mocked a disabled reporter during the 2016 campaign. (Trump did do that.) “


Uh, NO, you arsehole Bump, Trump did NOT do that. I saw the video, and he was making fun of how the reporter was acting, NOT his disability. I saw him, in the same YouTube video, making fun of another reporter, one who is NOT handicapped in any way, and Trump’s mannerisms were EXACTLY the same.


Phuck all of these lying weasels who purposely distort the record, and smear perfectly good people, just for political gain. I cannot stand them, and people like this jackhole Bump are exactly why NO ONE with a brain trusts the FAKE NEWS.

Freedom of speech, you have a problem with that concept and right of ALL Americans including the President?

The FBI is so brilliant they have caught themselves and they don’t even know it.

The FBI is a totally political organization run by a dirtbag named wray.