The social media post was published on the day of Thane’s death in the Philippines.

“On June 5, 1968, Cesar, an employee in a classified section of Lockheed’s Burbank facility, was moonlighting as a security guard at the Ambassador Hotel,” he continued. “He had landed the job about one week earlier. Cesar waited in the pantry as my father spoke in the ballroom, then grabbed my father by the elbow and guided him toward Sirhan.”

RFK Jr. insinuated Cesar shot his father in the back four times, which corroborates with the coroner’s report, and said the police “have never seriously investigated Cesar’s role” in his father’s killing.

“The LAPD unit (SUS) that investigated my dad’s assassination was run by active CIA operatives. They destroyed thousands of pieces of evidence,” RFK Jr. stated.

The son of the murdered political icon isn’t the first person to accuse Cesar of delivering the death blows, as many have been suspicious that the Lockheed employee was called to work at the last minute and that he held far-right anti-Kennedy views.

However, the accusation doesn’t mean the jailed-assassin Sirhan Sirhan didn’t also shoot RFK but instead suggests the pair worked together, both firing shots at the Democrat candidate.

There is even controversy over what Cesar did with the possible murder weapon, as RFK Jr. wrote, “Cesar sold his .22 to a co-worker weeks after the assassination warning him that it had been used in a crime. Cesar lied to police claiming that he’d disposed of the gun months before the assassination.”

Cesar and RFK Jr. were set to meet in the Philippines last June, but the meeting was supposedly canceled by Cesar’s agent Dan Moldea.

RFK’s daughter Kathleen Kennedy Townsend, former Lieutenant Governor of Maryland, also believes the truth about the assassination has yet to come to light and supports her brother’s call for a re-opening of the investigation.

The investigation came to a close one year after the assassination in 1969 after Sirhan was convicted, despite claiming he had no recollection of the shooting.

“Sirhan, to this day, has no memory of the assassination,” RFK Jr. echoed, having personally spoken with Sirhan while he serves out a life sentence at Richard J. Donovan Correctional Facility in San Diego, California.

Was Caesar also on the grassy knoll?

In other breaking news, more wild allegations against Kavanaugh and friends playing with his penis. . . .

There were too many witnesses and film. Just not possible.

I am sure there are things about the Lincoln assassination that are unknown too. Also, the murder of Julius Caesar.

The world is sometimes reluctant to give up its truths. In the end, they are all dead.

This is what happens when cousins marry each other.

The Left just can’t bring themselves to admit that a Commie killed JFK, and an Arab killed RFK.

I remember at the time, much was made of the clip-on tie on the ground and speculation was that RFK had pulled the tie off of the shooter. Later a photo tkaen shortly after the shooting showed Cesar without his tie.

Why would the CIA want RFK dead? Motive?

This guy is a mess...anti-vax nitwit.

Read somewhere, once, a detailed description of RFK being shot & how he was spun around & that’s when he took the bullet to the back of the head.

The bullets in RFK matched the gun Shirhan had that evening.

for leaving the CIA hanging after the Bay of Pigs, maybe

Sounds like RFK Jr is pandering for the Muslim vote. Since the Democrats have alienated the white male vote, they have nothing to lose. 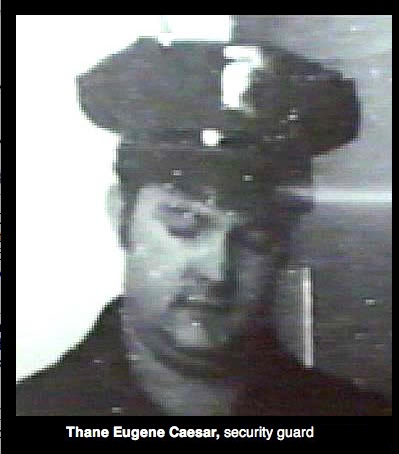 According to the San Francisco Chronicle, the chief questions are the facts that “the coroner reported that the fatal shot was fired less than one inch from Kennedy’s head behind his right ear. Four shots came from the rear but Sirhan fired a .22 from a few feet in front of Kennedy. The revolver held eight rounds, but a radio reporter’s tape recording of the shooting has sounds of what one audio expert describes as 13 shots and double shots.”

I hope Caesar’s family sues Kennedy for slander, the whole family from gangsta poppa on down were shit.

It is one of the great “What Ifs”, what if RFK was President. The answer may have been surprising to those who saw him as a Liberal icon.