Here is a Headline from The Hill about Mitt Romney going after Trump again and Defending Washington Corruption.

Well Mitt , seems to me that you are protesting a little too much. I think Mitt is taking this personally because he is just like Hunter Biden. Mitt's Daddy was Governor in Michigan and worked in the Nixon administration. Mitt's daddy had lots of connections to help his son out in investing. (That's how Mitt became Extremely wealthy) Mitt Romney got everything handed to him because of who his daddy was. Including getting into elite colleges that your kids would not be allowed into. Mitts Daddy made him, and without his dad pulling strings all his life, he would be nothing.

TOPICS: Crime/Corruption
KEYWORDS: dogs; milt; mitt; mittbio; mittukraine; utah; vacation Navigation: use the links below to view more comments.
first 1-20, 21-37 next last
I was so happy the night that Obama beat Romney.

I knew what a snake Romney was. Also, he was surrounded by neocons like Max Boot, his foreign policy advisor. Obama was actually less of a war monger than Max Boot.

If Romney had won in 2012, he might still be president today, and we would never have gotten Trump.

I don't support people just because they have an R after their names. If they're snakes or liberals or neocon warmongers they don't get my vote, even if they're Republican.

My fellow freepers need to stop voting for people like Romney, just because the GOP establishment shoves them in your face. STOP BEING SHEEPLE!

Mitt’s got his goofy underwear in a bunch. There’s no question he’s a got a few skeletons in his closet.

Willard deserves no consideration whatsoever, except maybe in the Stalinesque erasure sense.

How many people lost their jobs when Romney’s Bain Capital took over and downsized their companies so Bain executives could get richer?

The excuses for Romney flew fast and furious on Freerepublic back in 2012. Look how he repays the base for holding their noses and voting for him. Glad to say I DIDN’T SUPPORT HIM AND I CHEERED WHEN OBAMA BEAT HIM.

I also think Harry Reid may have been right that Romney didn’t pay income taxes.

Keep praying that God will expose evil and that justice will be served. . . and to God be the Glory!

Harry Reid was tipped off to that from someone high up in the IRS. Probably that hag Lois Lerner who should be rotting in federal prison right now instead of drawing a huge pension.

Those who are the loudest have the most to lose.

Mittens has always been about sweetheart deals and crony capitalism. Of course, he’s defending the Bidens on this one. Birds of a feather. Very sorry that I voted for this bum in 2012. Can I rescind my vote? 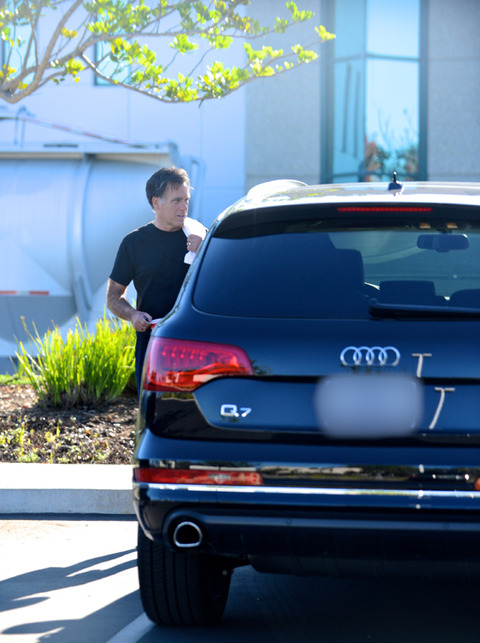 You know, you have a very big mouth, Mitt. Are you hiding something from someone? Is that what you're doing? I bet you that is your Audi that's parked outside, isn't it? Isn't that your Audi? Is it? How would you like for the IRS to come down here and crawl up your butt with a microscope? 'Cause they'll do it! I've seen them do it! It's not a pretty sight! I want you to know something, pal! And I want all of y'all to know something! I can have twenty five agents down to your house in fifteen minutes to march in here, snatch your life from underneath you and you be in solitary, permanently, if the President doesn't get some cooperation! Is that understood?

I don't know if "lucky" is the right word, but I voted for Thomas Jefferson (write-in here in TX).

How many Freepers can say they voted for Jefferson??

12 posted on 10/05/2019 12:45:14 AM PDT by NaturalScience
[ Post Reply | Private Reply | To 11 | View Replies]
To: rintintin
McCain and Romney are proof that voting pragmatically damages conservatism in the long run. Not voting for Mitt is one of my proudest moments.

Here is the url for an article on Mitts Ukraine misdeeds that was pulled earlier:

Sorry, my html is too rusty to make a hotlink

Romney needs to be brought up on election interference charges because all he’s doing is attempting to advantage himself for some quixotic 2020 Presidential run. Who’s he colluding with?

Sound nutty? That’s every bit as rational and logical as anything Democrats or Romney are claiming, but I repeat myself.

McCain and Romney are proof the 17th Amendment has to go... the check on the Senate was removed allowing the Uniparty to rule the Senate, designate or select who runs, ie who has the cash, not who will represent the home State Capital... not the States or the People.

Heard Mitt was tied to the Ukraine somehow. There are dirty criminals on both sides with a lot to lose

I live in Utah and I STILL won’t vote for Romney! What a weenie. GAH!

Romney/Brennan 2020 with Soros as their Sec of State.

RomneyCARE and Marriage to all animals upcoming.

Somebody told me he didn’t pay taxes..