Actor John Lithgow wrote an op-ed that appeared in Thursday's New York Times that comes off more like a therapy session of a very angry patient giving vent to his extreme Trump Derangement Syndrome.

The surprising thing is that the Times editors seemed to have done nothing to tone down Lithgow's embarrassing rants. The result is the reader is put in the position of a therapist listening to the ranting of an Anger Management patient. His apparent expertise, according to the Times, is as author of the forthcoming poetry book Dumpty: The Age of Trump in Verse.

Lithgow's overflowing contempt is made known right away in the title, "John Lithgow: Trump Is a Bad President. He’s an Even Worse Entertainer." He then goes on to tell us that he thinks Donald Trump is not only a horrible president but he is also a lousy entertainer, he's not funny, he has no sense of irony, he is not self-aware, he can't tell a joke. Unlike the master thespians like Lithgow, he's so artless!

I wish I were a better person, but I guess I'm not -- I hope John Lithgow finally just strokes out. Thanks PJ-Comix.

The Supreme High Commander is 74 years old and will soon see the Big Giant Head in person.

He is only demonstrating what a stupid, hate-filled idiot he is.

Now they are bringing in the JV. It must be asshole weekend off.

He is, but he was hilarious in 3rd Rock from the Sun.

Any chance Lithgow was being witty and sarcastic? His humor sorta leans that way sometimes. 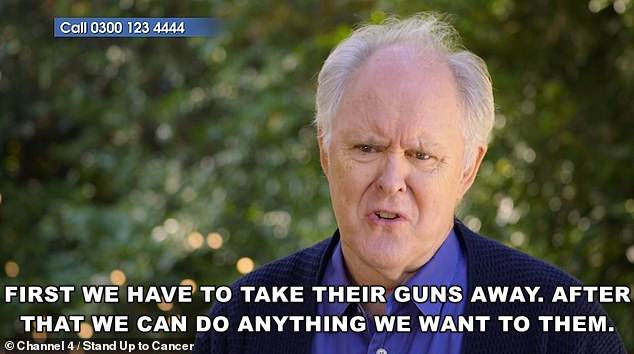 He chose the perverted lifestyle of homosexuality...so there’s a core mental disorder.

10 posted on 10/18/2019 6:25:37 PM PDT by newfreep ("INSIDE EVERY PROGRESSIVE IS A TOTALITARIAN SCREAMING TO GET OUT" - DAVID HOROWITZ)
[ Post Reply | Private Reply | To 1 | View Replies]
To: Extremely Extreme Extremist
Yep, me and 63 million of my fellow Americans will beat a path to his next movie, with perhaps a stop on the way to buy the latest Dixie Chicks CD.

These people are truly stupid.

His agent told him this is the way to get free publicity. 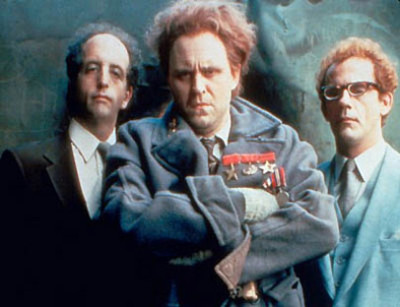 No chance. He played Trump in the Mueller play. He played him like he did the villain in the Santa film.

I remember him on Dexter playing a serial killer who drowned Dexter’s wife in a bathtub full of blood.

Or that he’s not hot like Buckaroo or Perfect Tommy. :)

John, your a pathetic postule.

Go make a movie with a make believe ape.

How courageous to trash a Repub in Hollywierd.