This is despite not wearing one to work every day at the NSC, according to several sources.

Although Vindman is a lieutenant colonel in the U.S. Army, he is serving an assignment at the NSC as the director for European Affairs. According to sources at the NSC, Vindman does not wear his uniform to work at the NSC, where the standard dress is business wear.

One source said he donned the uniform “for show.” The source pointed out that Vindman was ironically wearing a presidential service badge on his uniform — as he testifies on how he went with his twin brother, a lawyer at the NSC, with concerns about Trump’s handling of Ukraine foreign policy and his personal lawyer, Rudy Giuliani, investigating Joe Biden and his son for corruption.

Vindman’s opening statement leaked to the New York Times the night before his testimony showed he was concerned that Ukraine helping investigate Biden would jeopardize bipartisan support for Ukraine.

According to the Times, Vindman, who was born in Ukraine and is fluent in Ukrainian and Russia, may have served as an informal adviser to Ukrainian officials looking for advice on how to deal with Rudy Giuliani’s efforts to investigate corruption by Joe Biden and his son Hunter Biden.

It is entirely possible that the Bidens, Vindam and other unnamed individuals may have violated other federal laws that might include, but are not limited to:

<><> Title 18, U.S.C., Section 241 - Conspiracy Against Rights It further makes it unlawful for two or more persons to go in disguise on the highway or on the premises of another with the intent to prevent or hinder his/her free exercise or enjoyment of any rights so secured.
<><> Title 18 U.S.C. §1341, Mail Fraud, 18 U.S.C.§1001, Presenting a False Document to an Agent of the US Government for funding (may involve several felonies and could include forgery);
<><> 18 U.S.C.§1027 False statements and concealment of facts in relation to documents required by ERISA enacted 1974 and other possible offenses including civil and/or criminal RICO violations.
<><> 18 U.S.C. §§1961-68 (RICO Act)18 U.S.C. §1001 (making false Statements to Agents of the US Government,
<><> 18 U.S.C. §241(Conspiracies Against Civil Rights). Violation of Civil Rights under Color of law and conspiracy. Conspiring with others to violate 4th amendment rights.
<><> Possibly full investigations centering on RICO conspiracies under 18 U.S.C. §1962(c) could be warranted because (1) the persons (2) were employed by or associated with a public enterprise (3) that engaged in or affected interstate commerce and that (4) the persons operated or managed the enterprise (5) through a “pattern” (6) of racketeering activity, and (7) the taxpayers were injured by reason of the “pattern” of racketeering activity.
<><> Alleged Offenses could include Violation of Rights – which prohibits in relevant part, “two or more persons (from conspiring) to injure, oppress, threaten, or intimidate any person in any State, Territory, Commonwealth, Possession, or District
<><> Title 18 U.S.C. §2 41 – Conspiracy Against Constitutional mandates in the free exercise or enjoyment of any right or privilege secured by the Constitution or laws of the United States, or because of having so exercised the same . . .” See, 18 U.S.C. §241.

It would be a good bet that Vindman was one of the sources for the “whistleblower’s” claims. I hope the Reps get to ask him who else he talked to about the Trump call to the Ukrainian president.

Excellent questions. Hopefully we will get answers.

What was he doing in Ukraine?
Who assigned him to work from there?
Who does he report to?

The kicker, he probably is a KGB agent. which means he fits right in with the other entrenched agents at the Dept of State. ya never know. 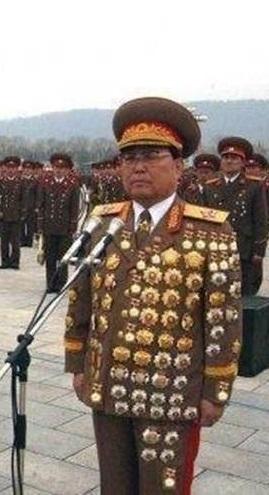 Yes, the uniform is very impressive. Like this guy.

I wonder if this guy is connected to Pencilneck's Ukrainian arms dealer?

I have yet to see either side make note of it.

It may be one of our Aces.

Time for a court marshall.

Often there are reasons not to wear your military uniform.

He could be violating command orders to not wear his uniform.

If he was told/ordered not to wear his uniform, he should be court martial-ed for this bs.

Let me guess....Republicans will not be able to depose him.....

He’ll be wearing one during his court marital.

Lets hope so, even if it is a closed door CM!

He needs to be tried. UCMJ has a couple articles that would work.

Most likely a spook parading in “salad dressing”.

34 posted on 10/29/2019 10:48:06 AM PDT by rollo tomasi (Working hard to pay for deadbeats and corrupt politicians)
[ Post Reply | Private Reply | To 8 | View Replies]
To: Liz
seems to me with pelosi now calling on a (fake) vote on impeachment investigation that that is an admission that the present inquiry was not authorized and is illegal. I suspect any subpoenas issued were fraudulent and in violation of law. IMO issued illegally under color of law (violation of civil rights) fraudulent documents conspiracy to defraud the US 18 usc 371

as they say, ignorance of the law is no excuse and the info can be easily found in wikipedia that to issue subpoenas the House must authorize the inquiry

Maybe he is doing this in imitation of John Kerry testifying before Congress wearing his uniform (improperly) during the Vietnam War.

36 posted on 10/29/2019 10:51:37 AM PDT by Verginius Rufus
[ Post Reply | Private Reply | To 1 | View Replies]
To: blueunicorn6
According to the Times, Vindman, who was born in Ukraine and is fluent in Ukrainian and Russia, may have served as an informal adviser to Ukrainian officials looking for advice on how to deal with Rudy Giuliani’s efforts to investigate corruption by Joe Biden and his son Hunter Biden.

So what was his clearance level?

Wouldn't he be limited to just a secret clearance due to: being of a Foreign Born National re any Top Secret/SCI.

The kicker, he probably is a KGB agent. which means he fits right in with the other entrenched agents at the Dept of State. ya never know.

If I have to testify I think I am going to wear a Canadian Mountie uniform. Those things are uber-cool!