The photos show the students in line for Willy’s Pub wearing police uniforms with “ICE” prominently displayed on the back and breast with white tape.

Two of the students who held college leadership positions as committee heads agreed to step down and all three will participate in a McMurtry town hall facilitated by their Diversity Council, according to McMurtry president Joyce Chen. The event will be held Tuesday, Nov. 5 at 9 p.m.

In a statement to the Thresher, the three students, Gio Pecchio, George Huang and Sohil Shah, apologized for their actions.

Enjoy what you're reading? Signup for our newsletter

“We disregarded how fellow students would react, and did not consider the safety and wellbeing of others,” they wrote. “Furthermore, we acknowledge that our actions led to the creation of a Twitter thread where hate-speech was incited. While we did not start or participate in the online discussion, we understand our actions opened the gates for further negative discourse.

Additionally, we are resigning from our leadership positions at McMurtry because we failed to promote inclusivity for which our roles serve to facilitate.”

Chen said all three students expressed remorse at a meeting this morning with the college magisters and student leaders. According to Chen, the college will be hosting further discussions throughout the rest of the year.

In a statement to the Thresher, President David Leebron criticized the students’ decisions and urged students to express concern and support for members of the community and their families who are threatened by current immigration policy, “especially our students of Latinx heritage.”

“These ‘costumes’ were simply not funny and in fact were remarkably insensitive given the present environment,” Leebron wrote. “Many of our students, including [Deferred Action for Childhood Arrivals Act] students and others, are uncertain about their safety in this country. Many more students have relatives or friends who face deportation or separation from their families, even if they grew up and lived here as productive citizens for decades.”

McMurtry College senior Daniel Pham, who posted the original tweet, said that he initially wanted to make people aware of the situation and wanted them to get kicked out of Pub.

“As the tweet started getting more traction, I started thinking about the conversation I wanted to start on campus about this type of behavior,” Pham said. “Rice needs to remember that this happens on our campus too, no matter how much we talk about Culture of Care.”

Pub’s management team released a statement to the Thresher and on their Facebook, stating that one of the students who was a Pub employee was dismissed from staff.

In a tweet, Martel College junior Christina Stoner called for outraged students to attend the Día de los Muertos event honoring children who have died in ICE custody. The event will take place at Rayzor Hall from 4 p.m. to 6 p.m.

Pham’s tweet of the photos of the students received over 800 likes and 200 retweets at the time of publication. Some students, such as Duncan College senior Pedro Regino, said that they confronted the sophomores in question at Willy’s Pub.

Regino said he asked the student to take a selfie to prove that the costume was not a big deal, and said the student refused and walked away.

Duncan College sophomore Mezthly Pena said she also confronted the sophomores and received a similar response about their status as immigrants.

“I continued to tell them why it was inappropriate for them to wear those costumes until they finally decided to take the letters off,” Pena said. “They got verbally aggressive with me so I left.”

Pena said she felt hurt by their actions and disappointed in their peers.

“ICE is wreaking havoc on many families and causing a lot of death, and I just couldn’t understand why they would find it humorous,” Pena said. “I was also very disappointed that no one had said anything to them beforehand and that they had made it all the way into Pub with the costumes on.”

Hispanic Association for Cultural Enrichment at Rice co-presidents Laura Vargas and Brenda Venegas wrote a statement to the Thresher condemning the students’ actions.

“What makes it even worse, is that I was at Pub and saw many other students talking and laughing with them — it wasn’t just the three students on their own who did this, but everyone who was their friend and didn’t say anything to them about the costume was complicit in this disgusting and offensive event,” Vargas, a Sid Richardson College senior, wrote.

According to Dean of Undergraduates Bridget Gorman, she met with HACER this morning and spoke to several college magisters about starting conversations regarding the event.

“We are hoping that despite this difficult day, we will be able to come together as a community tonight to celebrate the college,“ they wrote in their statement.

Nov. 1, 1:51 p.m.: This article was updated to include comments from the three students, Joyce Chen, Laura Vargas and Dean of Undergraduates Bridget Gorman.

Nov. 2, 1:50 p.m.: This article was updated to include comments from Pub and the McMurtry College Magisters.

These are racist crackas! Oh wait...

AKA the intolerance council.

Well, Halloween costumes are supposed to be scary, right?

Anything to trigger the liberals is fine with me. Sounds hilarious.

“Two of the students who held college leadership positions as committee heads agreed to step down and all three will participate in a McMurtry town hall facilitated by their Diversity Council, according to McMurtry president Joyce Chen. The event will be held Tuesday, Nov. 5 at 9 p.m.”

McMurtry is also known as the banana college, and the fruit is used as a popular symbol by students, including in college cheers like “McMurtry is bananas,

They should go dressed as prison inmates with ankle bracelets.

We are now beginning to understand that “The Diversity Council” is the modern witch-burning council.

Universities have devolved to their Puritan roots.

No freedom ,just wait until the Dems start harvesting organs

So much censored words 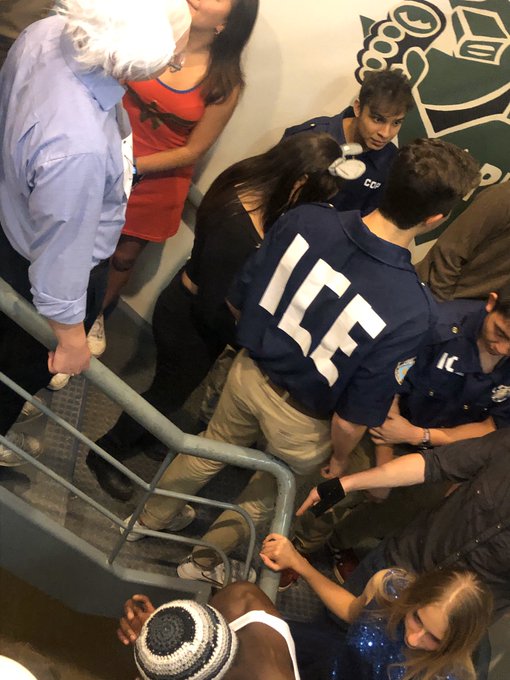 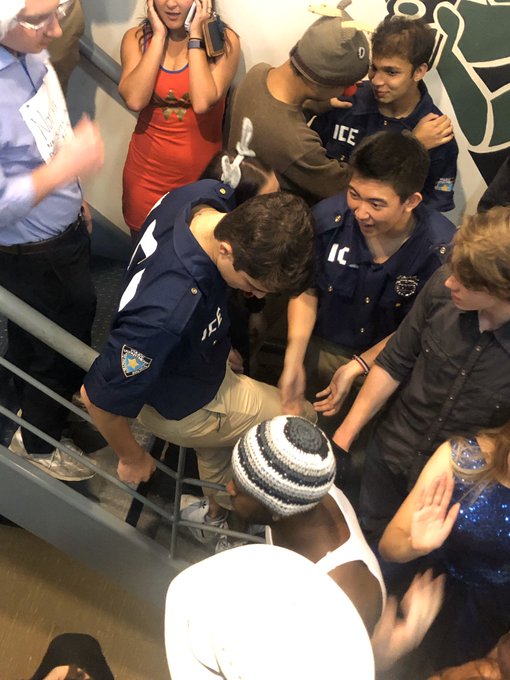 Aren’t costumes supposed to parody life? These boys committed the most egregious and hateful sin of our day...dismissing political correctness. If they would have indulged their inner drag queen, or dressed as a vagina, they would have been received well

Being politically incorrect just isn’t as much fun as it used to be.

A generation ago, these three kids just would have said “Get over it, sissies” and that would have been the end of it

Rice University thinks more highly of itself than it should. It allows no diversity of opinion, and being so heavily foreign in both faculty and student body, they do not understand Americans. It has all the humor of an ingrown toenail.

They should go in strait-jackets and heavily medicated...as LIBs/DIMs. This nitwit, pena, has absolutely no sense of humor. If ICE agents make students nervous they probably are illegal aliens who are criminals in this country. Arrest them and their families. Seize their ill-gotten assets. Deport them immediately. Oh, did I say “pena is a nitwit”?

Here is a great idea. Mind your own business! This had nothing to do with the people bitching. Look to you own life for a change!

Sounds like the school needs a raid from real ICE agents.