Twitter sleuths have noticed the name of the alleged whistleblower, Eric Ciaramella is in the official impeachment transcripts and has not been redacted.

It’s unclear whether the name was not redacted by accident.

Benny Johnson speculated that Democrats may have messed up “BIG TIME.”

Um – why is Eric Ciaramella’s name in the congressional Impeachment testimony?

Dems said they would redact the name of the “whistleblower.”

1. Ciaramella is not the whistleblower

2. Dems messed up BIG TIME & printed the name of the leaker in their own document pic.twitter.com/YrvUIwbt3y

U.S. Ambassador to Ukraine William Taylor told the lawyer that he did not know the person and had not had conversations with him.

But the fact that he was asked at all underscores what appears to be a longstanding strategy by committee Republicans to insert his name into the public record. The name of the individual ultimately was included in the transcript of Taylor’s deposition.

In subsequent depositions, Democrats have accused Republicans of trying to use the witness interviews as back-door channels for outing the whistleblower. Their fears have grown even more pronounced in recent days as several lawmakers—most notably Sen. Rand Paul (R-KY)—have threatened to subpoena and reveal the identity of the whistleblower. The president’s son, Don Jr., appeared to take things even farther, tweeting out an article from Breitbart on Wednesday morning naming the alleged whistleblower.

Because of course he did!!! Alleged ‘Whistleblower’ Eric Ciaramella Worked Closely with Anti-Trump Dossier Hoaxer https://t.co/v5kDe0X62u

Tuesday, mainstream newsrooms have been unified in their resistance to naming the whistle-blower, whose anonymity is meant to be protected by law, even as several niche outlets have published the person’s alleged identity in recent days.

On Monday night, Rand Paul implored the media, “Do your job and print his name.” On Wednesday morning, Donald Trump Jr. raised the stakes by tweeting the alleged whistle-blower’s name along with a link to a Breitbart article. “The outrage on this is BS. And those pretending that I would coordinate with The White House to send out a Breitbart link haven’t been watching my feed for a long time,” he told Yashar Ali.

In no time at all, the Drudge Report screamed, “JUNIOR OUTS THE WHISTLEBLOWER.” But even Drudge apparently is on the same page as the vast majority of the press: The splash linked to a cautious AFP article that kept the name offline.

Don. Jr. may not have been able to corner the mainstream press into a position where it had no choice but to acknowledge the information he was putting out into the world. But his tweet did seem to alter the landscape a bit.

What happens if, say, his father, or someone else unignorable, were encouraged to do the same thing? “People are trying to soften the ground so someone names him and then we all have to cover it,” one political journalist at a major national news organization told me. “What does the media do when or if the president names him? Or, like, Kellyanne [Conway] on the West Wing driveway? There is a different calculation if someone from the White House names him.

That's a very convenient way for Schiff to avoid having to admit that THERE WAS NO WHISTLEBLOWER.

This @sshole has been caught openly lying his ass off to the TV cameras for almost three years now. I don't know how everyone has forgotten THAT.

WE haven’t forgotten and Rs better not forget.

The msm never wanted to remember in the first place.

I HATE this guy.

And so does their boss, POSObama. That’s because they are Satanic.

Rush just said that the guy in these pictures is really not the whistleblower...he admitted to making the same mistake believing it himself.

Yeh, and if you look at his pictures in post 21, I could see him in a blue dress any day.

Don’t be surprised when they Arkancide him and blame Trump. 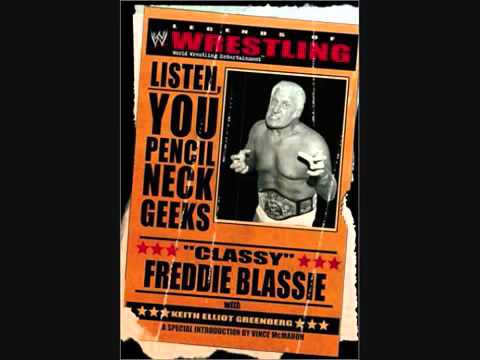 Are there laws/rules that make it difficult if not impossible for any government employee even those working in the White House to be fired?

If not, he should have cleaned house at his first day in office and now he should do it for sure!

If so, they need to get the laws/rules changed! (Need a Republican Congress for that I am sure).

If it’s the result of collective bargaining contracts, I don’t think even Congress can do anything about it. Constitutional protection of contractual obligations from legislative fiat.

This makes the President totally open to more of these spies.....sick and maddening.

if this isn’t illegal, why isn’t anyone in Congress saying it? Just curious.

The whistle blower is whoever the deep state says it is.

If we know who the whistle blower is, then we can see just how partisan that person is, instead of just suspecting. We can see their misdeeds in the past. When they were fired. Anti-Trump statements made. Their connections with Schiff, Biden and others.

The democrats don’t want that stuff out. It makes them look ridiculous. Which they are.