Navigation: use the links below to view more comments.
first 1-20, 21-30 next last
Joe DiGenova and wife with Lou Dobbs last night.

Sure Joe. I'm still waiting for his prediction of an "en masse" retirement of FBI agents post Comey's exoneration of Hillary to come true.

Joe gets a bit over his ski’s at times......I hope he’s dead accurate on this one.

No way in hell that a D.C. jury votes to convict any of ‘em.

LOL, don’t know why I even post on these threads anymore.....The hand wringing cynics overwhelm the discourse in minutes and make any meaningful discussion and analysis pointless.

We have known they were guilty for a long time. We are beginning to understand that they won’t be held accountable.

If you have information that will encourage people to believe otherwise, please share it. 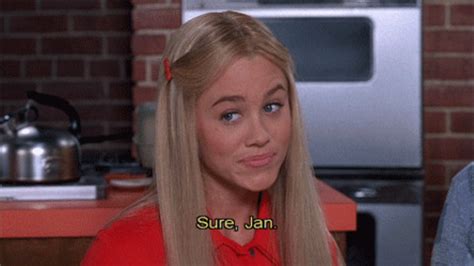 There is only 1 dem that has been punished that I know of. It was a congressman from Ohio, Trafficant who bucked the dim rules and their system. IF and that is a big IF any person from the obama admin that is even brought to trial, it will be historic.

Joe and Vicki look like a couple of Halloween Ghouls who forgot to take off their costumes. Joe is telling her, “Another year of this and we can retire for good”.

If the charges are defined as “sedition”, military tribunals can be used....even though the communist/socialists will howl and moan for a DC jury of their “commie peers”.

I don’t think any of the grand jury operations will be within DC itself. Also, I think once you get to the first two idiots involved in the Flynn episode....flipping them will be easy and they will point at who gave the order to alter his document. Then you go onto that guy, and start talking 10 years in prison, and he’ll roll onto the next guy. In three months, you could have a dozen of them asking to accept plea deals. They may not spend more than six months in prison, but each guilty plea will bring you close to the insider crew of the White House.

as bad as Hannity and his Tick Tock

Snooze. Someone wake me when something happens. I have the feeling I’ll be having a long nap.

This guy, Joe DiGenova, is starting to challenge Adam Schiff in the competition for who can announce the most serious bomb shell that never blows up.

I know longer waste my time, but tks for your suggestion.

Outstanding. So, now that it is known that there are cia employees employed at major news media headquarters-— there should be an executive order demanding all those people be named, and removed from their “positions” (if they are actual cia numbered domestic employees.) If they are employees, they are known as “exception” employees of the fedgov who can be terminated... without cause by Executive Branch.

If these are “shadow” employees of the media being “paid stipends”... ie. on the payroll of the cia domestically— then they are illegally receiving funds in the country (of course some may have “overseas reporter” covers). Their payments can be ordered stopped.. right now.

It’s clear the “media” contains this Brennan embed and islamofascist/communist network of propagandists against... not just Trump but against the USA and our Constitution!

Also— someone should hire the CBS staffer girl who was fired on a tip from ABC as the former ABC employee who had the live mic/video feed from ABC’s Amy Robach... on Epstein story 3 years back being fully available. NEXT UP

Stephanopoulous... (aka via Lewis Grizzard— “Staphylococcus”).