The best campaign money can buy is already off to a shaky start.

A fake 2020 campaign logo and slogan for Michael Bloomberg was spreading like wildfire Saturday. The logo emerged on the website Bloomberg2020.org — which is unaffiliated with the campaign.

“No affiliation at all. We will be asking them to make clear they are completely unaffiliated,” longtime Bloomberg confidante Howard Wolfson said in one of more than a half-dozen tweets correcting the record to big-name accounts sharing the fake website.

It is unclear who is behind the logo or website, which is also selling Bloomberg 2020 campaign shirts for $20.20.

Was it a troll?

The best campaign money can buy...

B’burg will use his billions to sweep his primary opponents much like willard used his money to buy his nomination.

Then look for 6 months of 24/7 negative adds against trump.

“We’ve gotta do something to make sure we get somebody different in the White House and I’m committed to do that, this is about competence — or the lack of it. The presidency is not an entry-level job, and the longer we have a pretend CEO who is recklessly running this country, the worse it’s gonna be for our economy and for our security. This is really dangerous, we’ve gotta make sure that we offer real alternatives for 2020.” 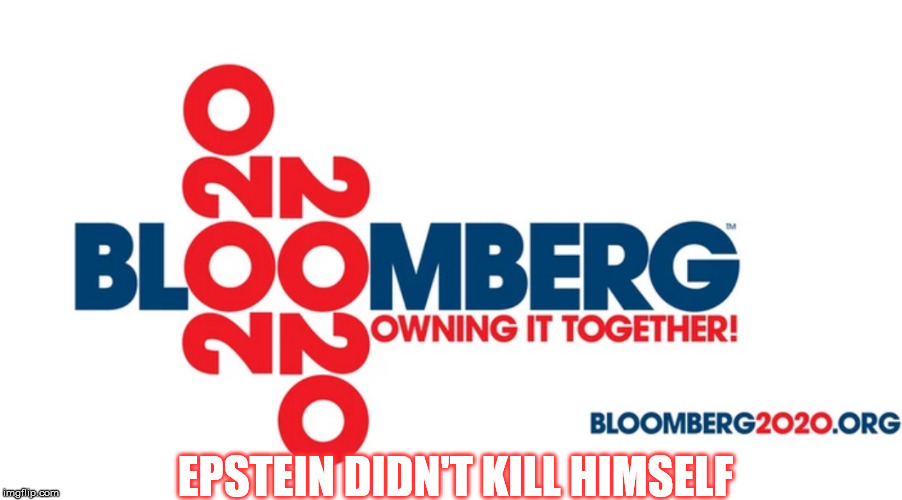 "Nobody's going to elect me president of the United States." -- Michael Bloomberg, interview with Dan Rather, HDNet Television (August 2007)

I think you’re mistaken in your assumption that Bloomberg’s money will be sufficient to buy the nomination.

Bloomberg can self finance, but he can’t bribe every single Dem delegate.. There’s an existing system of patronage relationships, and he’s coming in from the outside.

He’s got something of the same problem that Trump had—enough money to not need to be corrupt (even if his politics are whacked), but not plugged in enough to the existing structure.

So, I think Bloomy can make a splash, but I don’t think he can get the nomination.