The London Bridge stabber masqueraded as a reformed jihadist, claiming his terrorist days were behind him and begging to be de-radicalized.

Yet less than a year after convicted bomb plotter Usman Khan was released from prison, having served only half of a 16-year sentence for his part in an al Qaeda scheme to blow up London landmarks, he killed two people, including a young coordinator of the rehab program he so wanted to join.

Another staff member of the program, called Learning Together, was killed, and three others were wounded. 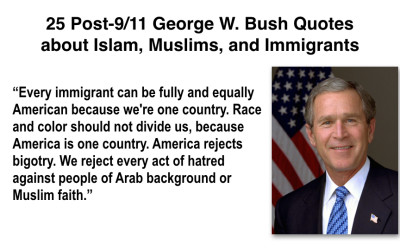 Bet they do it a second time, too.

The cure for dedicated Believing Mohammedans comes in many calibers.

There are NO safe muslims.
Any of them can suddenly start following the example and instructions of their prophet.

There’s no such thing as a “reformed Jihadist”.

In January 2015, Drs Amy Ludlow and Ruth Armstrong were successful in obtaining support from The University of Cambridge’s Teaching and Learning Innovation Fund to pilot a new educational initiative called Learning Together. Since then, Learning Together has attracted funding from the British Academy, ESRC and HEFCE and has become a national initiative with growing international connections. Learning Together was highlighted as an example of best practice by Dame Sally Coates in her 2016 review of prison education. Amy and Ruth have since received a Butler Trust Award and awards from the Prisoner Learning Alliance and the University of Cambridge for public engagement with research for their work on Learning Together. 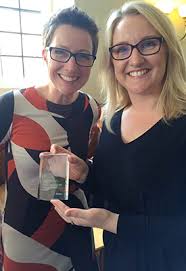 Learning Together brings together people in criminal justice and higher education institutions to study alongside each other in inclusive and transformative learning communities. Learning Together partnerships provide higher education opportunities for people to study together, and learn with and from each other through dialogue and the sharing of experience. Learning Together courses are academically rigorous and their design and delivery builds upon and, through evaluation, advances educational, sociological and criminological research and best practice.

‘Learning Together made me realise my world was small. I know a few people, on a few streets. I thought universities and places like that were spaces I couldn’t go to, but now I realise I can go there. I can exist outside of my small world.’ (Eugene, Learning Together student 2015)

I guess he fooled these two chicks!

“Islam isn’t in America to be equal to any other faith, but to become dominant. The Koran is the highest authority in America, and Islam is the only accepted religion on earth.”

A council for relations was needed because Islam and America are incompatible.

it’s a must to survive in Islam

Every single one needs to go. And never be let in ever again.

No good deed shall go unpunished.

The lie is the weapon used most often by the criminal. It’s built into their WAR PLAN.

If these women had been on London Bridge with the murdering terrorist, they could have shown us how compassionate they are as they reasoned with him. Fortunately, there were brave men on the bridge who knocked the killer down and disarmed him.
Actions speak louder than words.

17 posted on 11/30/2019 7:56:10 PM PST by BenLurkin (The above is not a statement of fact. It is either opinion or satire. Or both.)
[ Post Reply | Private Reply | To 6 | View Replies]
To: Steely Tom
I just can't figure out, for the life of me, what has infected the mind of UKers. They seem hell-bent on self destruction. They wave signs naively welcoming muzzlime murderers. They jail and fine native Brits who say anything vaguely anti-muzzlime. They allow their native Brits to be murdered, assaulted, raped, robbed, etc. by muzzlimes without much in the way of any penalty. They are getting more and more muzzlime mayors, a muzzle move to take over the government from within.

Are there any Brits left with an intact spinal column or intestinal fortitude, or have they all been stricken by the same thing striking down our native deer and elk, a zombie disease?

I refuse to care more about London than the Brits.

I assume there won't be a second time since he's dead.