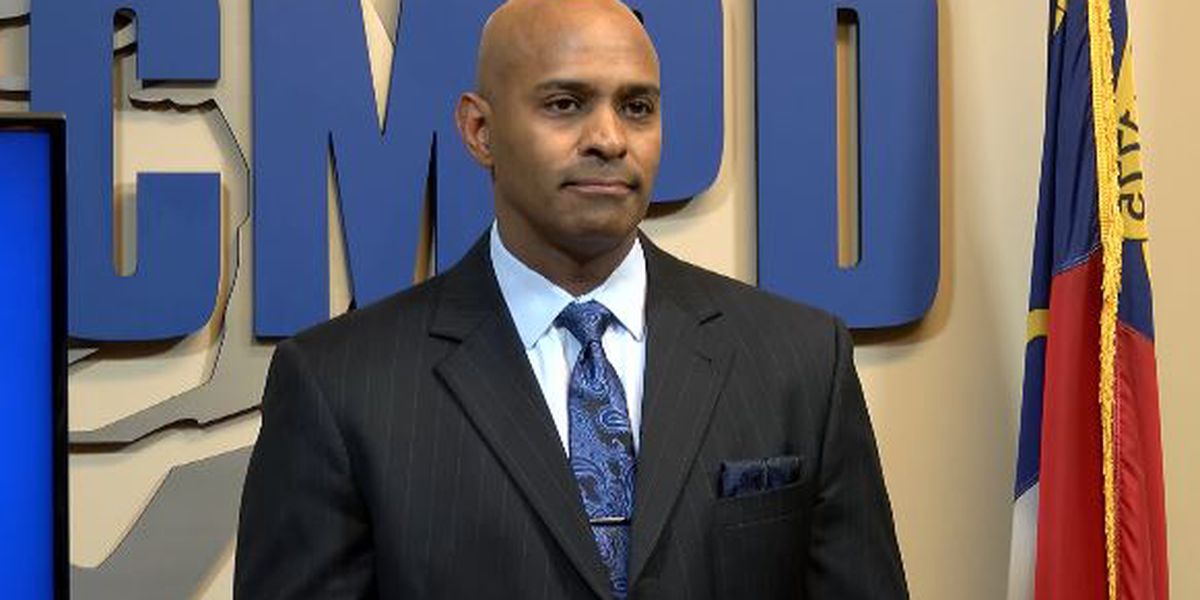 Putney told WBTV News he will stay in his current position through the “preparation and execution” of the
Republican National Convention in late August but didn’t give an exact retirement date. (Source: Paige Pauroso)

CHARLOTTE, N.C. (WBTV) - At the tail end of a press conference discussing how to improve electronic monitoring of homicide suspects, Charlotte-Mecklenburg Police Chief Kerr Putney altered his plans to retire at the end of the year.

Putney told WBTV News he will stay in his current position through the “preparation and execution” of the Republican National Convention in late August but didn’t give an exact retirement date.

“It became a big distraction," said the police chief, who first announced his plans to retire in October.

At that time, the city announced that Putney planned to retire at the end of the year but then come back in March to serve as chief through the Republican National Convention, before stepping down again. The chief and the city all agreed that was a workable plan.

BREAKING: Chief Putney no longer plans to retire at the end of 2019. He says he will retire “eventually.” This comes after contreversy with the state with his retirement plan to retire and then come back as Chief in March for the RNC. That’s no longer the plan. @WBTV_News

— Paige Pauroso (@PaigePauroso) December 6, 2019 But when WBTV started asking the State Treasurer’s office how this would all work with current state retirement laws, the treasurer said this retirement plan wasn’t allowed.

“An agreement to leave work and then come back to work violates the law,” said state treasurer, Dale Folwell.

The state statute that’s in question is one that defines retirement.

The law states “'Retirement’ under this Article shall mean the commencement of monthly retirement benefits, along with the termination of employment and the complete separation from active service with no intent or agreement, expressed or implied, to return to service."

Putney made a point to tell reporters he was “in a good place with conversations with the State Retirement System” at the Friday afternoon press conference.

“We’re gonna make sure that our policies clearly align with their expectations and their interpretations of the law and the guidelines that they’ve given us," said Putney.

Putney and CMPD attorneys having been working with the state treasurer’s office to interpret the law since his plans to retire were initially announced.

“I guess the city made some comments that they interpret the law differently and we need the city, if this has been standard operating procedure they need to disclose to us how and when this has occurred in the past," Folwell previously said.

On Friday, after Putney announced the changes to the timing of his retirement, Folwell sent a release stating the State Treasurer’s office was appreciative:

“We’re very appreciative in learning of Chief Putney’s continued service to the people of Charlotte, and working with us and the City of Charlotte to resolve this matter.

“We at the N.C. Department of State Treasurer are in the retirement and check-delivery business for those that teach, protect and serve. We have approached this situation as we would with any other public servant. That means we have spoken with the Chief and City of Charlotte on every occasion to make sure important customers like the employees of the city fully understand retirement requirements to make the best decisions.

“To repeat, our position on this issue is not only fully outlined in the retirement papers but is also the position of every state treasurer in North Carolina for the last 30 years.”

Putney told WBTV News there is “no doubt I’m leaving money on the table” by changing his retirement plans but was quick to add it’s not about money.

“As long as my people are OK we’re going to conquer everything ahead of us... and then I’ll decide what’s next,” said Putney.

The Chief plans to take time off in early 2020 for vacation with family.

“I’m going to retire eventually,” he said. “I’m kind of liking this job.”

How will he be in providing security to POTUS and all Republicans at the convention? Hopefully he’s not a friend of AntiFA.

I am a little concerned about folks who plan on volunteering to help out at the Republican Convention. I don’t think Putney will have any interest in protecting any Republican from Antifa black masked thugs.

Oh, good gravy. Another convention in these parts? Give us a break!