The Justice Department’s internal watchdog will release a highly anticipated report Monday that is expected to reject President Donald Trump’s claims that the Russia investigation was illegitimate and tainted by political bias from FBI leaders. But it is also expected to document errors during the investigation that may animate Trump supporters.

The report, as described by people familiar with its findings, is expected to conclude there was an adequate basis for opening one of the most politically sensitive investigations in FBI history and one that Trump has denounced as a witch hunt. It began in secret during Trump’s 2016 presidential run and was ultimately taken over by special counsel Robert Mueller.

The report comes as Trump faces an impeachment inquiry in Congress centered on his efforts to press Ukraine to investigate a political rival, Democrat Joe Biden — a probe the president also claims is politically biased.

Still, the release of Inspector General Michael Horowitz’s review is unlikely to quell the partisan battles that have surrounded the Russia investigation for years. It’s also not the last word: A separate internal investigation continues, overseen by Trump’s attorney general, William Barr and led by a U.S. attorney, John Durham. That investigation is criminal in nature, and Republicans may look to it to uncover wrongdoing that the inspector general wasn’t examining.

Trump told reporters Saturday that he was waiting for the chance to see Horowitz’s report and that he looked forward ``very much to seeing what happens with the Durham report, maybe even more importantly, because it’s a horrible thing that took place and it should never happen to another president.″

OMG...wipe the tears and breathe...

Lining up the entire news cycle before rushing to an impeachment vote.

If the investigation was valid, then where are the charges?

I see why it took so long for Whorowitz to complete his work. There was just so much to cover up and he wanted to be thorough.

My question is based on the following from this AP story, “....is expected to conclude there was an adequate basis for opening one of the most politically sensitive investigations in FBI history....”

What in the world could be the basis for Obama and his Intelligence Committee investigating Trump and his campaign?

Seriously, were there intercepted messages between Russia and Trump that Money or intelligence was being offered to the campaign. Was there real motive on the part of Trump officials to use the assets of a foreign country as part of their campaign strategy. Anything short of that would look pretty lame in the light of day.!

DiGenova and Bongino have been trying for weeks to slowly let the air out of expectations as they apparently know the report will result in nothing.

If true. And that is a big if.
Who could ever trust DOJ, CIA, FBI or NSA again?
Certainly no conservative.

If this is a conciliar ship, then where is the ambassador?

12 posted on 12/08/2019 12:21:16 PM PST by Jim Noble (There is nothing racist in stating plainly what most people already know)
[ Post Reply | Private Reply | To 1 | View Replies]
To: yesthatjallen
https://thefederalist.com/2019/12/06/how-to-prepare-for-the-impending-justice-department-inspector-general-report/

How To Prepare For The Impending Justice Department Inspector General Report

Inspector Generals are like the human resource arm of a corporation. Human resource divisions do not exist to help employees but to help corporations. They take care of problems and protect the corporation. Similarly, Inspector Generals exist to help their agency deal with problems and messes. Sure, they may be forced to admit wrongdoing on the part of the agency and its employees, but they will always downplay it. If there’s a conceivable way to say that the department didn’t violate the policy or law, they will do that. And they will characterize the bad behavior that they must concede as limited to rogue employees and not representative of the larger agency.

People expecting a thorough look at the widespread surveillance on the Trump campaign likely will be disappointed for several reasons.

First off, the IG said he was looking only into the surveillance of “a certain U.S. person,” presumably Carter Page. But Page is just one of the campaign affiliates who was surveilled. Horowitz said that “if circumstances warrant,” he’ll “consider including other issues that may arise,” but it’s unclear how many were looped into his sluggish probe.

Horowitz is also constrained by the fact that he is only allowed to speak with people who work at the Department of Justice at the time of his questioning. If they’ve retired or been fired, he can’t force them to cooperate with his probe. If they work at a different agency or department, he can’t compel cooperation. And that’s significant since many other agencies were involved in the Russia collusion theory that was disseminated throughout the government. The dossier — secretly funded by Hillary Clinton and the Democratic National Committee, for instance — was fed through multiple agencies, not just the FBI and Department of Justice.

Another “Bombshell” about to fizzle? 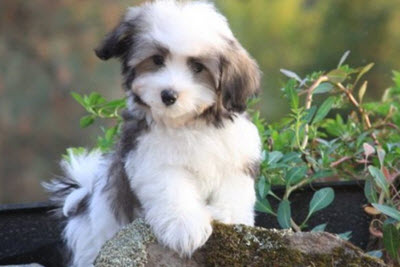 Wonder if there were any calls between Schiff and Horowitz or staffs?? Convenient that the ‘report’ is coming out same time as Dem impeachment ‘trial’. Just saying....
Yes, I’ve become that cynical.

Not surprised....I expected that there would be no adverse action against anyone who tried and continues to try to take down Pres Trump. I am sad for our country.

There had better be a few indictments as a result.

If not, the DOJ and FBI will see an end to themselves as federal agencies. They will be disbanded.

Horowitz is a Obongo holdover and a deep state hack. We all should know that so no one should be surprised by a total whitewash. It took this long so the trail could get the bleach bit treatment.

“Who could ever trust DOJ, CIA, FBI or NSA again?”

No sane person, regardless of the report I will never trust them again.