The Trump administration is heading to court this week in two lawsuits charging that the president is violating the Constitution by profiting off of his hotels and other businesses while in office.

The cases revolve around the Constitution’s once-obscure emoluments clauses, which critics say President Trump has flouted, giving foreign diplomats an opening to curry favor with him by patronizing his businesses.

The high-stakes arguments come as the president is facing an impeachment inquiry in the House and as he has appealed to the Supreme Court to shield his financial documents in multiple lawsuits.

The Constitution’s Foreign Emoluments Clause was included in order to prevent corruption and foreign influence of the federal government. It says that "no Person holding any Office of Profit or Trust under [the United States], shall, without the Consent of Congress, accept of any present, Emolument, Office, or Title, of any kind whatever, from any King, Prince, or foreign State."

Another provision known as the Domestic Emoluments Clause prohibits the president from receiving emoluments from any of the states.

I keep hoping for sanity to prevail but our courts have become a means of political destruction.

When I saw the headline I thought it said condiments,”gonna fight Trump over the lack of mustard”;)

Isn’t it strange that the only man elected to the presidency as a billionaire is expected to lose money while in office, but every other president leaves with much more wealth than when he began his presidency? Exhibit A: Barack Obama.

"When I saw the headline I thought it said condiments,”gonna fight Trump over the lack of mustard”;)"


I thought it was something for dry skin... 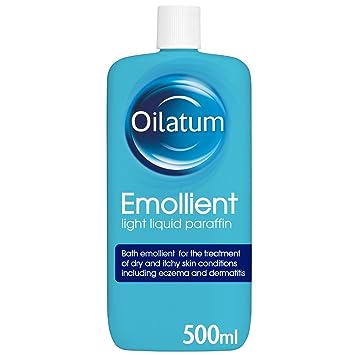 When it comes to corrupt things like emoluments, Republicans are pikers compared to democrats.

It’s ridiculous. Democrats are like the Bolsheviks attacking the winter palace. They have the media, the police, the military, and the judges too. All Trump has is us.

The chief judge was a recess appointment by Rapin Bill as he walked out the door in December 2000, but retained for the appeals court by Dubya. Like Dubya, he's no friend to us conservatives.

This what many conservatives and Republicans don't understand.

Job #1 is destroying the Media (Trump is ON IT), and job #2 is weeding the Lefty Federal judge-presidents out of the courts (and Trump is ON THAT).

Everything else is a waste of time, unless it's to keep the Media and the courts busy and distracted.

And his larger salt and pepper shakers. IMPEACH!

Am I wrong in believing that there is nothing in the clause that forbids the president from making any profit while he holds office?

The Trump organization gives all profits arising from foreigners to the Treasury. Just like a gift from a foreign leader is given to the National Archives. No enrichment, no influence of a Billionaire President. No case.

You’re not wrong at all.

An “emolument” is a benefit that is earned solely by serving the donor by governing as the donor wishes. It’s a bribe. It is NOT the price paid by a buyer from a seller, when the price charged is the market price (because it’s the same price anyone else has been or would be charged.)

It’s what they did to Sarah Palin. DISGUSTING!

They won’t dare point the finger at anyone else because they’re all in it together.

The most logical sense of the term “emoluments” is that it refers to salary, fee, or profit, which excludes ordinary commercial transactions that do not confer profit on the President even if they provide a separate gain to a family member whom they do not support. Trump’s arrangements effectively cordon him off from any prohibited emoluments through his family businesses.

They all profit from being in office. Using insider knowledge or peddling the influence they have obtained in how these politicians make millions for themselves or their families. To harass a president who has means is evil.