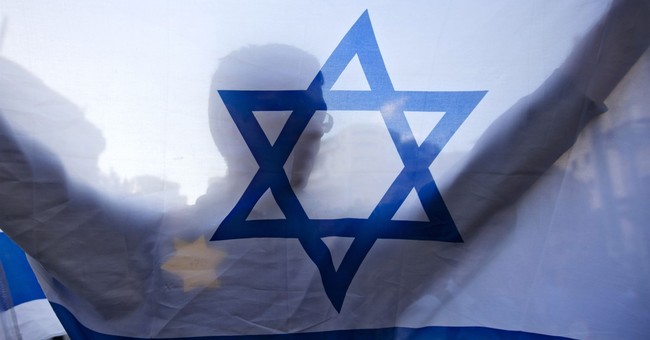 If you've ever wondered what Judaism is, here is a list of its principle beliefs. This is not not an official list, but these beliefs have been widely held by religious Jews for thousands of years.

As for my background, I have taught Judaism all of my life including two years as a member of the Brooklyn College Department of Judaic Studies; written two books and hundreds of articles on Judaism; and written two volumes -- Genesis and Exodus -- of a projected five-volume commentary on the Torah (called "The Rational Bible").

I am publishing this list because fewer and fewer Jews know anything about Judaism, and because many non-Jews understandably but erroneously identify Judaism with what most Jews believe.

I. There is one universal God.

This God is the Creator of the world and the God of all humanity.

a) Incorporeal (not physical): All matter comes to an end.

b) Eternal: All matter has a beginning and an end. But God exists outside of time.

c) Outside of nature: God is not in nature. And nature is not divine.

d) Personal: God knows each of us.

V. God's primary demand is that people be good.

Therefore, right behavior matters more than intentions and even more than faith.

VI. There is an afterlife -- God rewards the good and punishes the bad.

If good people and bad people have the same fate, there is either no God or a God that is not just.

VII. Though there is an afterlife, God wants us to be preoccupied with this life.

VIII. Reward in the afterlife ("heaven") is available to all good people, not just good Jews.

Therefore, evil comes primarily from within the human being, not from external causes, such as poverty.

Therefore, the most important task of society must be to make good people, which is Judaism's primary task.

X. All people are created in the image of God.

Therefore, the most important distinction among human beings is not their race, religion, nationality, class or sex; it is their behavior. In the words of Viktor Frankl, "There are only two races, the decent and the indecent."

Therefore, human life is sacred and animal life is not (though we are forbidden from inflicting gratuitous suffering on animals).

Therefore, there is no purpose to nature without man to appreciate and (responsibly) use it.

XII. The Jews are the Chosen People, chosen to bring mankind to the God of the Torah and to the Ten Commandments (but not necessarily to Judaism).

Chosenness has, therefore, never meant that the Jews are better than anyone else. Indeed, the Torah and the entire Hebrew Bible go out of their way to depict the Jews as flawed.

XIII. The Torah is from God.

This belief does not necessarily mean that God dictated each word of the Torah. Nor does it mean that only a literal reading of the Torah is valid. It means that the Torah ultimately comes from God, not men.

XIV. Judaism, too, has a trinity: God, Torah and Israel (meaning Jewish peoplehood and the Land of Israel).

The removal of any one of them is no longer Judaism. It would be as if the Father, the Son or the Holy Spirit were removed from Christianity.

Judaism cannot survive denial of either as a divine event. They are to Judaism what the crucifixion and resurrection are to Christianity.

XVI. Judaism is a religion of distinctions.

b) Good and evil.

XVII. Judaism can ennoble anyone.

Therefore, any non-Jew is welcome to embrace Judaism and become a member of the Jewish people. But no one needs to become a Jew to be saved.

Thank you for a very clear outline. Interesting stuff.

I suspect there is a scam inherent in this article. It being, “we believe the same thing Christians believe, but just the Old Testament.”

This is not true by any stretch of the imagination.

3 posted on 12/10/2019 3:17:44 AM PST by Greetings_Puny_Humans (I mostly come out at night... mostly.)
[ Post Reply | Private Reply | To 1 | View Replies]
To: Greetings_Puny_Humans
A Christian perspective would add a final characteristic to Judaism: It is anachronistic.

That simply means it exists today outside of its place and time in history. Christianity is not at odds with Judaism; it is the fulfillment of Judaism.

I thought you only come out at night? Oh, just mostly....

XIII. The Torah is from God.

This belief does not necessarily mean that God dictated each word of the Torah. Nor does it mean that only a literal reading of the Torah is valid. It means that the Torah ultimately comes from God, not men.

This is what I call built in wiggle room. The Torah is meaningless if it is not God’s word to the last letter. Indeed the format of the Torah and rules regarding copying suggest that it is.

7 posted on 12/10/2019 3:43:28 AM PST by TalBlack (Damn right I'll "do something" you fat, balding son of a bitc)
[ Post Reply | Private Reply | To 1 | View Replies]
To: 21twelve
As in the image accompanying the article, the symbol identifying that which is Jewish is two equilateral triangles interlaced.

What is this symbol derived from, and what is its meaning?

2nd temple Judaism - the Judaism of Jesus’ time, centered around the 2nd temple. This had sects such as Sadduccees, Pharisees, Zealots, Essenes and after 30 AD, the Jesus-followers

Modern day Judaism - which is overwhelming the descendents of the Pharisees as changed by Rabbi Ben Zakkai, who after the destruction of the 2nd temple in 69 AD changed the beliefs to keep the religion alive even though the temple was gone

Most of us Jews don’t read the Torah? Assail Jews and Judaism all you want, but with statements like that, most of us Yids will sit back and laugh at your idiocy.

Those are Kabbalistic interpretations of a symbol that predates Kabbalah by millenia.

14 posted on 12/10/2019 5:06:56 AM PST by babble-on
[ Post Reply | Private Reply | To 10 | View Replies]
To: Kaslin
Seems to me that there are almost as many definitions of Judaism as there are of Christianity. We have Pelosi,Kennedy,Kerry "Christians" and we have Mother Teresa Christians.We have Nadler,Epstein,Madoff Jews and we have the Jews featured in Schindler's List.

I've read that approximately half of American Jews describe themselves as atheists.If,by chance,this is true that would certainly explain the likes of Nadler and Schumer.

I’d imagine that he has no idea what the Torah is.

The one feature that People of The Way and adherents of Judaism share is total irrevocable commitment to the One God, Yhvh Elohim, and His Inspired Word, the Tanach.

I too believe that The God speaks to His people through His Will/Covenant/Testament, inscripturated by the prophets of old, and that it is unchangeable, as He Is.

But no one needs to become a Jew to be saved.

What a doozy of a final sentence without explanation.

He forgot to mention the little detail about Judaism’s messiah.