Just one day after two Black Hebrew Israelites targeted a kosher supermarket in Jersey City, killing one police officer and three private citizens, President Trump signed an executive order designed to address growing antisemitism on college campuses. The Order permits the federal government to deny funding to universities that don’t properly address the rising epidemic of Jew-hatred on their campuses.

Of course, the left is melting down Twitter with embarrassing hot takes.

All animals are equal, but some are more equal than others.

To use a Hebrew word, the Left is nabal. (Fools, in the Tanakh sense)

Of course they are. Anti-Semitism and hatred for Israel is “in their DNA”.

The left is on a hair trigger now. Anything that Trump says or does, or doesn’t say or doesn’t do, triggers them into an insane frenzy of hysteria.

Plus they hate Jews because m*slims do too.

I wish Trump would sign an EO to combat the ongoing anti-white racism that permeates campuses, businesses, and media.

Has been since at starting in the mid 1980s

Ironically, some of the worst are secular Jews

If the left hates anything you know it’s a good thing.

there’s nothing unexpected about this report

Some of the smartest people I have known are on the Left.

Leftist ideology warps a persons thought process and shapes their world view in such a way that their decision making process and ethical make up is entirely governed by their ideology.

Good for President Trump on this one.

The importance of what President Trump is doing for the Jewish community cannot be overstated.

The frightening rise in anti Semitism has been driven in large part by the same Leftists who have taken over college campuses with their PC and Identity Politics movements. It coincides with the growing alliance between the Left and militant Islam on campus

Jewish people are are a special case of the evil white oppressor straw man that the Identity Politics Left has manufactured and built up with their phony and fraudulent Identity Politics “scholarship” up to beat on Jews.

First it was under the pretext and guise of anti-Zionism but but it is increasingly dropping that mask to pure and outright anti-semitism as the movement matures and gains momentum, power and support.

This power extends to those who control campus life so there is active support by administration and especially faculty for a growing anti-semitism which is both unchecked and increasingly unhinged. Dangerously so in some cases as the Jewish People become more and more demonized and and dehumanized by Leftists individual Jews become mare and more marginalized and persecuted on campus

This probably sounds over wrought and hysterical, but it is true and accurate and its gaining momentum and fanaticism at an alarming rate

I wish Trump would sign an EO to combat the ongoing anti-white racism that permeates campuses, businesses, and media.

I got into it with a lib over this yesterday. The sickness is real; they will ignore anti-antisemitism; BDS, even the shooting in NJ, JUST to hate Trump. Its sickness. 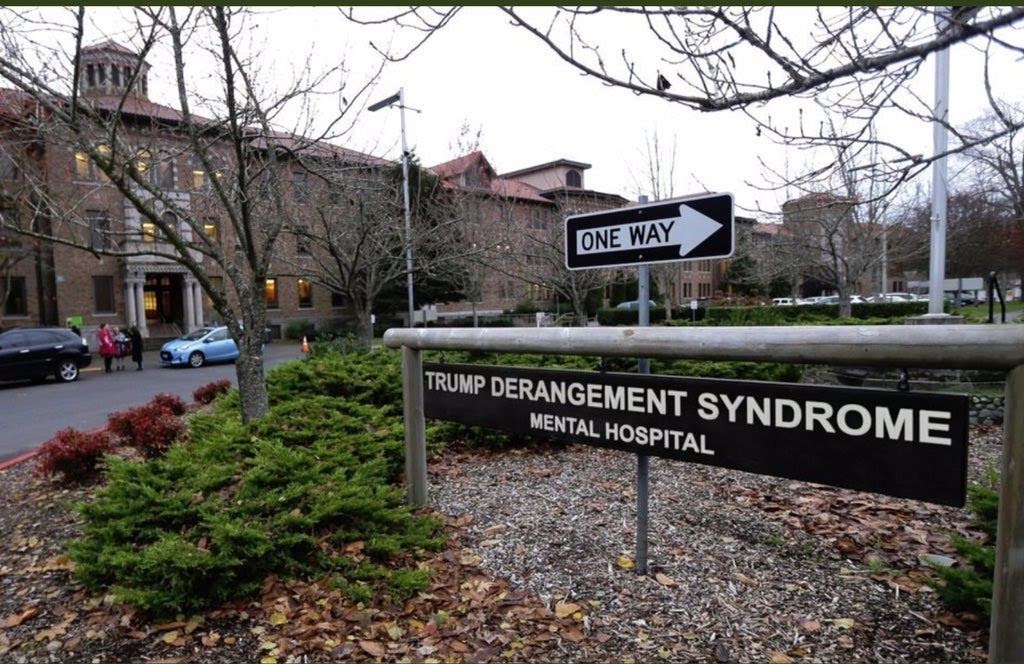 Davidson is a really good writer. Kudos to her!!!

I came close to having to buy a new chrome book.

This morning I had a cardiac checkout at the clinic, (every thing was great), so I didn’t have my morning coffee until a few minutes ago.

Fortunately, I had just swallowed my first coffee of the morning.

Before I saw this.