The Justice Department’s report on the FBI’s Crossfire Hurricane probe is the first official account of sources relied on by Christopher Steele to write a dossier that damaged President Trump, energized the FBI and ultimately proved to be untrue.

Mr. Steele talked to the FBI but refused to reveal his murky network. But the FBI was able to locate his “primary sub-source.” After interviewing the Moscow-based person three times in 2017, the results “raised significant questions about the reliability of the Steele election reporting,” the IG report said.

The primary source told the FBI that what he conveyed to Mr. Steele “was just talk.” He never knew for sure the identity of one call-in source who became instrumental in Mr. Steele’s dossier.

That contact is described by the IG as sub-source Person 1 and by Mr. Steele in his dossier as “Source E.” In a 20-minute phone call with the primary source, Person 1 provided the critical allegations — a Russia-Trump conspiracy — that persuaded the FBI to seek a year’s worth of wiretaps on Trump campaign volunteer Carter Page. Mr. Steele later would describe Person 1 as a “boaster.”

The IG described Source E as running a Russia-U.S. organization in the United States at the time. Glenn Simpson, co-founder of Fusion GPS, handled Mr. Steele and gave Source E’s identity to a Justice Department official.

anonymous is a euphemism for KNOWN C A PAWN.

when will they pay for murdering JFK?

What did Comey know and when did he know it.

Boy, that anonymous dude sure gets around.

IOW, there was no call.

I’m pretty sure the feds were “wire tapping” Trump a good while before this.

Iirc, it began before he officially announced his intention to run.

Did the anonymous caller cough, cackle, shriek, wheeze and bark?

The REAL reason to spy on Trump was PURELY POLITICAL.

Illegal, unprecedented, but hey, why should democrats allow the smelly American deplorable people to decide what’s good for them, when such Superior Minds are available right there in Obama and his “Third Term” partner Hillary?

They had to win, damn it. NOT Trump. 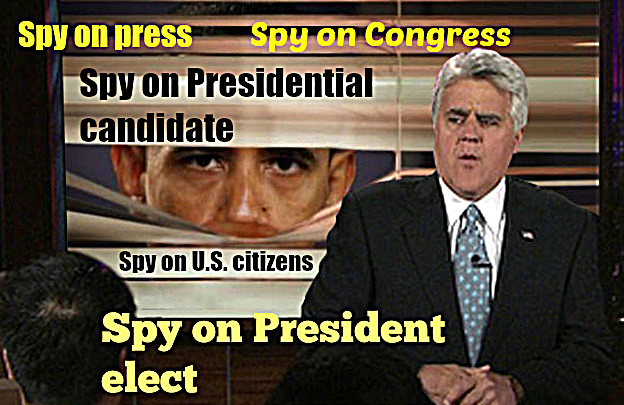 Lost in all this is that the democrats running against Hillary were subjects of surveillance, as were republicans. As the campaign distilled down to Trump and Hillary they poured all the sources into Trump. Then after Trump won, those resources continued an even more intensified surveillance operation for nefarious intent.

That's a pretty good bet. Obama was listening in to several prominent people beginning in his first term. Maxine Waters even bragged about it at the time but few understood the real significance.

No it wasn’t. It was triggered in the offices of the Hillary campaign as a tactic

Makes me wonder what they did to ensure the 0bama victory.