In the second half of Devin Nunes interview with Maria Bartiromo today he was asked his thoughts about the FISA Court selecting David Kris as an FBI surveillance and compliance monitor. The issue is quite important because the FBI FISA reforms and promises are essentially meaningless without some form of structural review process. However, the new 2020 FISC Presiding Judge James Boasberg selecting David Kris has been noted by several people as a rather weak effort on behalf of the court.

As an outcome of our former FISA-702 reviews CTH has an entirely different reason for questioning the selection of Kris; there’s much more substantive reasons to be alarmed about it; but first here’s the general consensus opposition:

WASHINGTON – The Foreign Intelligence Surveillance Court (FISC) has stunned court-watchers by selecting David Kris — a former Obama administration lawyer who has appeared on “The Rachel Maddow Show” and written extensively in support of the FBI’s surveillance practices on the left-wing blog Lawfare — to oversee the FBI’s implementation of reforms in the wake of a damning Department of Justice inspector general report last year.

[…] “Of all the people in the swamp … this is the guy that you come up with?” Nunes asked. “The guy that was accusing me of federal crimes? The guy that was defending the dirty cops at the FBI? … The court must be trying to abolish itself. There is long-term damage.”

..... if his interior is as malignant and sleazy as his exterior the country continues to be wasted.

The swamp never gives up.

The FISC puts the fun in dysfunctional.....

" The college was founded in 1833 by area members of the Orthodox Philadelphia Yearly Meeting of the Religious Society of Friends (Quakers) to ensure an education grounded in Quaker values for young Quaker men."

"Although the college no longer has a formal religious affiliation, Quaker philosophy still influences campus life."

This lowlife prick Kris doesn't seem to have absorbed any of those college day values.

I’ve said from the very beginning that the FISC and judges were in on the coconspiracy to take Trump out. They had to be.

LOL ..... and to think he started out advocating for basic human rights for all.

I think you may be right. They certainly have not spoken up about anything.

The FISA/C is Traitor Roberts’ fault [impeachment be upon him].

The second string of Obama protectors. They have a REALLY deep bench. No pun intended. The effers are like cockroaches.

Devin happens to be one of our best congressman. But you have a point. It will be interesting how many will vote to renew the creepy law.

I won't rule that out, but here is what I think happened. I've read the judges are on a one week rotation in DC. This explains why 4 different judges signed off. The judges that signed the 3 renewals were all from out of town. The first judge Collyer was the chief of the court. The 3 judges weren't going to overrule the previous judge. I doubt they even read the full file. They rubber stamped the renewals and went on their shopping and sightseeing trips.. 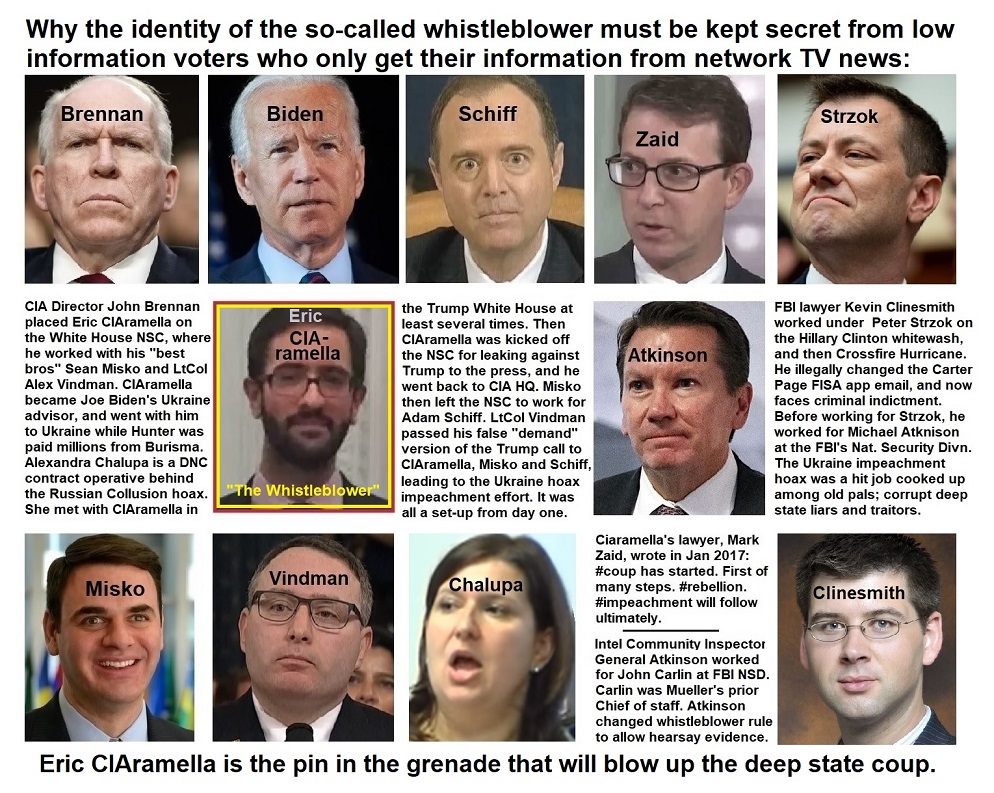 17 posted on 01/13/2020 4:48:57 AM PST by Travis McGee (EnemiesForeignAndDomestic.com)
[ Post Reply | Private Reply | To 2 | View Replies]
To: HighSierra5; Alberta's Child; a little elbow grease; All
But you have a point. It will be interesting how many will vote to renew the creepy law.

IMO, at least 90% will vote for re-authorization. Can anyone name a government program, that once created, has been eliminated?

True. But it’s one thing to be a useless functionary in Congress who rubber-stamps every bill that perpetuates a bloated Federal government. Nunes destroys his credibility when he casts a vote like that, then has the audacity to get on TV and complain about something he could have voted to shut down — and didn’t.