U.S. Immigration and Customs Enforcement has subpoenaed Denver law enforcement for information on four foreign nationals wanted for deportation and could expand the unusual practice to other locations. It’s an escalation of the conflict between federal officials and so-called sanctuary cities.

If the city officials don’t respond, ICE, the Homeland Security agency responsible for arresting and deporting people in the U.S. illegally, could take the subpoena to a federal judge, who can order compliance and find them in contempt if they don’t comply.

“Since we have no cooperation at the Denver justice center, we are modifying our tactics to produce information,” said Henry Lucero, deputy executive associate director for ICE’s Enforcement and Removal Operations.

The administrative subpoenas are usually sent by ICE to employers or landlords — but have never been sent to law enforcement agencies before, Lucero said.

The four men, three Mexican nationals and one Honduran, had all been arrested and jailed for violent offenses such as sexual assault and child abuse and had all been previously deported, according to ICE.

In the Denver cases, one man from Mexico was arrested for sexual assault, another for vehicular homicide and a third for child abuse and strangulation assault. The Honduran man was released after he was arrested on domestic violence charges. All had been removed from the country previously. 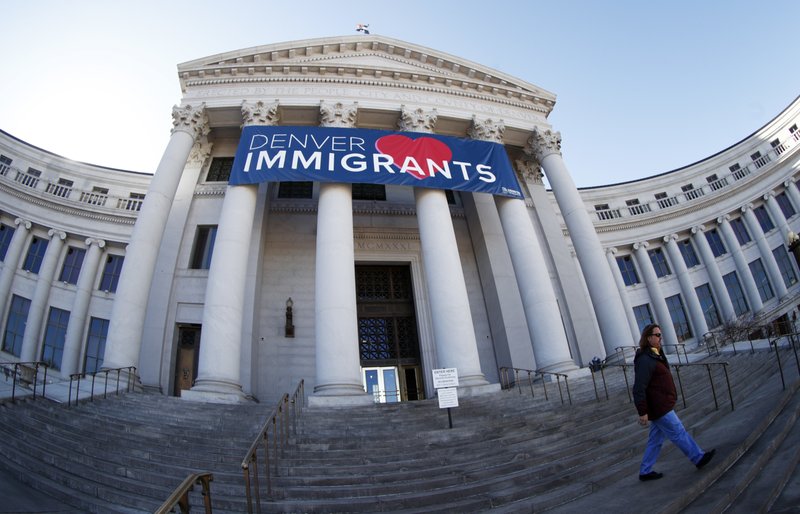 Need PERP walks for these base-turds.

These cities and states are selling your life,liberty and safety out to get slave labor and votes for Democrats.

Denver justice is an oxymoron.

The way to go! Wish there was stronger way.

7 posted on 01/15/2020 1:18:03 PM PST by Magnum44 (My comprehensive terrorism plan: Hunt them down and kill them.)
[ Post Reply | Private Reply | To 1 | View Replies]
To: Oldeconomybuyer
The four men, three Mexican nationals and one Honduran, had all been arrested and jailed for violent offenses such as sexual assault and child abuse and had all been previously deported, according to ICE.

Eerie silence for all the victims in this country. Those who have voted for the sanctuary cities need to be arrested as accomplices to crime.

Absolutely. I like how the good guys are, first and foremost, using existing tools to get the job done - and getting subpoenas issued is a great start.

I wonder what happens when you “red flag” an illegal.

Please! Do it to Longmont, Co. too. Please!

The sooner some city officials and top police officials do hard time over this, the better.

DHS needs to subpoena the lawmen’s bosses and the judges that released these illegals.

Send US marshals to every sanctuary city and arrest the mayor and city council members who voted for sanctuary cities.

Hold them in jail until all the illegals are found, arrested, and deported.

That would send a message.

My version of that modest proposal.

Hold the same persons accountable under the law for every crime committed by any and all illegal aliens within their jurisdiction. Use the “get away driver” reasoning and the accessory laws.

If any civilian is injured by these buys they should sue those failing to comply individually.

I think there is another, better way. Send Federal Marshals armed with arrest warrants for those declaring sanctuary status.

Why not just deport all bad guys to these sanctuary cities...maybe build another wall.