WASHINGTON—When revelations about President Trump’s efforts to pressure Ukraine first started dribbling into the public in late September and early October, Republicans were caught off guard.

Some members of the GOP criticized Mr. Trump’s request for Ukraine to open investigations that benefited him politically, while others sought to avoid the topic altogether. As many as 20 House Republicans initially were open to supporting Mr. Trump’s impeachment, according to Rep. Pete King (R., N.Y.), a retiring member from a competitive district who quickly made up his mind that Mr. Trump’s conduct wasn’t impeachable.

TOPICS: Constitution/Conservatism; News/Current Events; Politics/Elections; US: New York
KEYWORDS: andrewduehren; catherinelucey; gabrieltrubin; gop; impeachment; newyork; peteking; trump; wallstreetjournal Navigation: use the links below to view more comments.
first 1-20, 21-25 next last
Excellent article. Makes things look a bit better. Big takeaway is PDJT had done a great job of keeping the support of the GOP base, causing everything else to fall in line.
1 posted on 01/19/2020 8:48:52 AM PST by libstripper
[ Post Reply | Private Reply | View Replies]
To: libstripper

Some solace, if it wasn’t for us he would be gone. Mitch and Linda are both up in 20 despite that we have Mitch using stealth to give the rats what they want and Linda is using a BS head fake to invite the rats to call their assassin witnesses.

RE: How Trump Has Kept Solid GOP Support Through Impeachment

How solid are these characters?

( I’m glad Jeff Flake is no longer around ).

“How Christ kept solid Christian Support even after Crucifixion”

Unfair punishment to the obviously innocent only increases their popularity.

Clinton was found guilty of some 11 serious crimes. Trump, none.

What “stealth” weirdness are you talking about?

They dont have 51 votes to control the rules.

Who sent the senators that wont stay firm?

It wasn’t those two.

Have a chat with the “conservatives” in Utah, Alaska, and Maine. 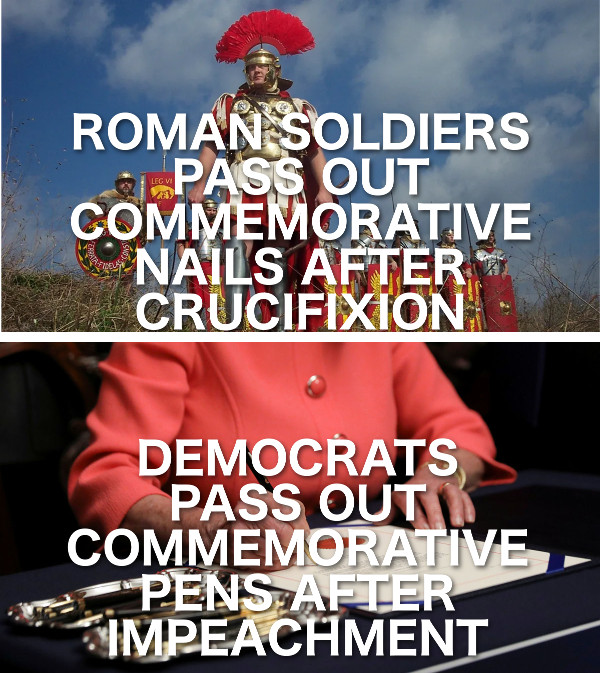 No matter how they slice it, what they are saying is, if you or any member of your family is running for office, you cannot be investigated. Yet, you know they wouldn’t hesitate to investigate any of Donald Trump’s children.

Mitch is the Senate majority leader. Do you think for a moment if you reversed this Schmukie would allow 4 rats to hand the control of the rules to the Republicans?

A: Because Trump did nothing wrong.

9 posts before someone got the correct answer.

Unfair punishment to the obviously innocent only increases their popularity.

Clinton was found guilty of some 11 serious crimes. Trump, none.

“...recasting the investigation as a familiar partisan conflict....”

Youse guys may be partisan, leftist Hacks if you really think so.

“Clinton was found guilty of some 11 serious crimes. Trump, none.

Mitch is the Senate majority leader. Do you think for a moment if you reversed this Schmukie would allow 4 rats to hand the control of the rules to the Republicans?

Absolutley correct. This isn’t a farm bill being debated. It is the removal of a GOP POTUS based on a CIA backed hoaxblower op rammed through the Dem House in a disgraceful manner.

It is utterly outrageous that the GOP controlled Senate is not unified in dismissing this garbage. It is a complete failure of GOP senate leadership to whip votes in support of POTUS on this.

I can only conclude that the GOP Senate could not care less that POTUS and his supporters are assaulted by the House Dems and their coupist allies in the executive branch.

The article begins with a faulty premise.

Re: How Trump Has Kept Solid GOP Support Through Impeachment

Trump is the only Republican in America who can win a national election.

Who else would I vote for? Not that it matters, since I live in solid blue Washington state.

Win or lose, I think Trump will be the last Republican president in American history.

This is an extremely biased article - against the President! Consider just the opening sentence: “When revelations about President Trump’s efforts to pressure Ukraine first started dribbling into the public..... They WEREN’T “revelations”, they were charges. There has never been any evidence at all that the President “pressured” anyone at all in the Ukraine. This is a baseless charge, leveled by politically motivated Democrats to create a reason for impeachment out of thin air.

The remainder of the article (at least until a quit reading in disgust) continues with equal, but quite subtle, biased, opinionated digs.

somewhat lengthy article, but bottom line: GOP Reps & Senators are terrified of we, Trump’s proletariat supporters, which is as it should be ...

19 posted on 01/19/2020 10:49:19 AM PST by catnipman (Cat Nipman: Vote Republican in 2012 and only be called racist one more time!)
[ Post Reply | Private Reply | To 1 | View Replies]
To: libstripper
While the White House put in the work to sway vulnerable Republicans, many of them reached the conclusion that alienating the Republican base was a bigger political risk than appealing to voters in the middle who disapprove of the president’s conduct.