The "expert" predictions of economic disaster should Donald Trump win the 2016 election did not occur. Under Trump, the Dow Jones Industrial Average and Nasdaq composite have reached historical highs while unemployment for blacks and Hispanics have hit historical lows. In the wake of Trump's undeniable economic success, what is the 2020 Democratic Party argument for why voters should back their candidate over Trump?

The morning after Trump's election, Paul Krugman, economics professor and columnist for The New York Times, wrote: "Now comes the mother of all adverse effects -- and what it brings with it is a regime that will be ignorant of economic policy and hostile to any effort to make it work. Effective fiscal support for the Fed? Not a chance. In fact, you can bet that the Fed will lose its independence, and be bullied by cranks. So we are very probably looking at a global recession, with no end in sight. I suppose we could get lucky somehow. But on economics, as on everything else, a terrible thing has just happened."

During the 2016 campaign, Mark Cuban, billionaire owner of the NBA Dallas Mavericks, predicted that a Trump victory could cause not just a minor stock market decline, but one as high as 20% or more: "When you're flip-flopping, when you're not sure what the candidate's going to say from one thing to another, that uncertainty potentially as the president of the United States -- that's the last thing Wall Street wants to hear. I can say with 100% certainty that there is a really good chance we could see a huge, huge correction. ... It could be 20%. You know, now, with high-frequency trading, accelerating, strong moves in any direction -- it could be worse than that."

So, Democrats and their media sympathizers now resort to a new talking point: Trump merely continued the economic growth that began under the Barack Obama administration.

Former Vice President Joe Biden, in a theme echoed by his Democratic rivals, said: "Donald Trump inherited a strong economy from Barack and me. Things were beginning to really move. And just like everything else he's inherited, he's in the midst of squandering it."

Are Biden and the Democrats right about the Obama economy?

To examine the Obama economy, one must compare apples to apples, similar economic conditions to similar economic conditions. Obama dealt with a severe economic downturn, as did President Ronald Reagan. Historically, the bigger the downturn, the bigger the economic bounce back. During the recession Obama faced, unemployment reached a high of 10%, while inflation and interest rates remained low. During the recession Reagan faced, unemployment reached 10.8%, prime interest rates rose to 20.5% and inflation hit 13.5%.

Obama raised taxes, spent nearly $1 trillion on a so-called stimulus plan, increased regulations and signed a new entitlement program known as "Obamacare." Reagan did the opposite. He decreased taxes and continued deregulation. Differences in results were stark. Obama's recovery, according to the Joint Economic Committee, averaged an inflation-adjusted GDP growth of 2.2% over the next 25 quarters. The average recovery following post-1960 economic slowdowns, which lasted more than 12 months, is 3.9%. Under President Ronald Reagan it was 4.8%. Obama was the first president ever to preside over an economic recovery in which not a single year of the economy grew at least 3%.

Obama's own economic team anticipated much higher growth. In February 2009, the Obama administration published its "Analytical Perspectives: Budget of the U. S. Government: Fiscal Year 2010." It said: "The Administration projects an economic recovery will begin in the second half of the year sparked by the American Recovery and Reinvestment Act. By the end of the year, real growth is expected to have reached 3-1/2 percent at an annual rate, a pace that is maintained through 2010. In 2011-2013, the rate of growth in real GDP is projected to accelerate to around 4-1/2 percent annually for several quarters."

The economy under Obama did not come close to meeting his team's projections. Trump boasts about "historic lows" in unemployment for blacks. But in January 2016, black liberal commentator Tavis Smiley admitted: "Sadly, and it pains me to say this, over the last decade, black folk in the era of Obama have lost ground in every major economic category. Not one, two or three, but every major economic category, black Americans have lost ground."

Obama and his minions openly and explicitly stated that Trump’s goals for the economy were absurd and unreachable. They don’t get to take credit now that they were proven wrong.

But they stayed on the Democrat Plantation, isn't that all that matters?

FDR presided over what should have been a 4-5 year bad recession, and turned it into a decade-long Great Depression. Obama was just following in his footsteps.

If it hadn’t been for the fracking boom, which Obama did *nothing* to help, the Obama years would have been much, much worse. The modern American economy is built on cheap energy and low regulation, and both are foreign to Obama.

Their argument was so strong then why were they
talking about impeaching since before he was sworn in?
why were they were spying on him?Why they used a fake Why did they use a fake dossier to go after him?
Why did they use trumped up charges to impeach him?
Rrrightttt, because they had the superior argument...?

The “Obama built it” talking point is not new. It has been in circulation as soon as Trump took office. Especially since the stock markets hit record highs. I remember some news shows showing the graphs of the rise of the stock market to the new high and clearly they went back to the days of Obama. The demonrats and lamestream media have been trying to make this talking point stick since the first year of Trump’s presidency.

Heads I win, Tails you lose.

This is childlike behavior. But they seem to get away with it.

It went so low under Obama that thered wasn’t any other way but up. Is that what they’re trying to say?

This has been a talking point from my wife’s liberal friends for a while now.

The only reason this good is happening is because Obama put it all in motion, and its IN SPITE of Trump, not because of him.

They honestly believe that too.

Heard some POS try to convince Hannity of this on the way home yesterday.

His response was the same, that the Fraud told the world it couldn’t be done.

FraudCo told us many times, “Donald Trump will NEVER be President.”

Hussein Head Rats are REQUIRED to have short memories.

Business as usual for D’rats.

Yep. That IS the talking point from all my Leftist friends. I guess they don’t remember Obama saying (paraphrase) ‘this is as good as it gets. America will never be a Global power again’. The Obama Admin claimed anything bad that happened during his tenure was ‘GWB’s fault’. Now they are claiming anything good during the Trump Admin is Obama’s credit. If we had even a remotely unbiased Media in this country, the citizenry would be backing Trump by the ubermillions. 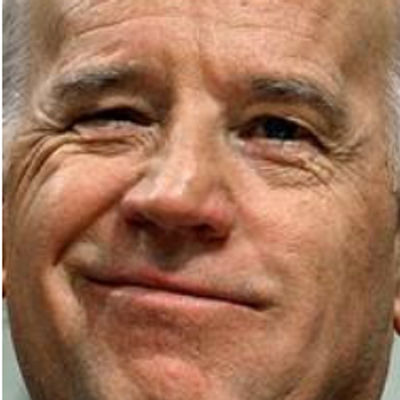 He is squandering the growing Obama-Biden economy that he inherited — just like he has squandered everything else that he has inherited in his life.— Joe Biden (Text Join to 30330) (@JoeBiden) February 12, 2020

And they say drug use is a victimless crime.

The lesson is, the left never, ever gives up. They never tire, and they never change. We can never eliminate the left, only defeat them. But, they will keep trying.

My problem....I'm sick of paying good money to people who live on the shore of the Lake. You bought it. It's on a Lake. What could go wrong?

It’s the democratic way...which has nothing to do with the people or the USC.
It has to do with maintaining the lifestyles they have become accustomed too.
Unfortunately to many Repubs have joined their ranks.

Obama did spend a LOT of money. Remember shovel ready? This created a lot of econonomic activity but after it was spent, what did we have?

Never confuse economic activity with wealth generation for the future.