McClatchy Co. filed for bankruptcy Thursday, a move that will end family control of America’s second largest local news company and hand it to creditors who have expressed support for independent journalism.

The Chapter 11 filing will allow McClatchy to restructure its debts and, it hopes, shed much of its pension obligations. Under a plan outlined in its filing to a federal bankruptcy court, about 55 percent of its debt would be eliminated as the news organization tries to reposition for a digital future.

The likely new owners, if the court accepts the plan, would be led by hedge fund Chatham Asset Management LLC. They would operate McClatchy as a privately held company. More than 7 million shares of both publicly available and protected family-owned stock would be canceled.

I cheered when I saw this earlier today.

It seems to me that any news organization filing for bankruptcy
is choosing to do so as an alternative to changing their
business model to one that reports truth.

Their lies don’t sell, but Truth isn’t even their last resort?

No! Bankruptcy before honesty!

In the modern world anyone can setup a website and report the truth. That is a better business model than what McClatchy has.

I wonder how this will Impact Devin Nunes’ lawsuit against them.

They also get to screw the pensions of those who spent a career there.

If you stand back and look at the landscape, the new business model will be digital form only (maybe for these particular newspapers...in less than 2 years). In general, I’ll predict that half of newspapers in the US will go digital only by 2025.

Those of you who want the print format, are basically screwed. They will accelerate this by offering a Tab or E-book as part of the deal.

Part of their problem (I said this in the 1990s already), that they are limiting or marginalizing local and state news to a degree. If you go and look at various metropolitan regions....it’s rare that they cover the mayor or city council in an investigative situation or offer criticism over what the city is doing.

Another issue is that you can get more real news locally now....via your local TV stations. I could see some newspapers partnering up or teaming up....with the local stations, and saving on cost.

Does he still own the Pittsburgh Pirates?

They bought out the Biloxi (Coast paper with main offices just over the Gulfport line) Sun Herald many moons ago - I’d wager I wasn’t the only one who stopped having the paper delivered because of that.

The bonds are trading near par, so there’s no real danger of liquidation. 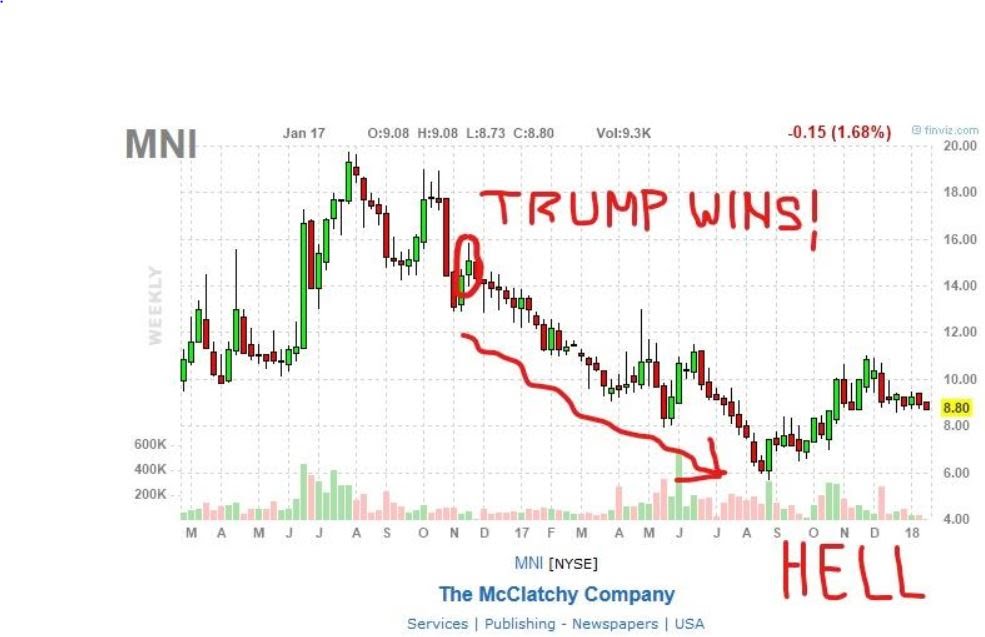 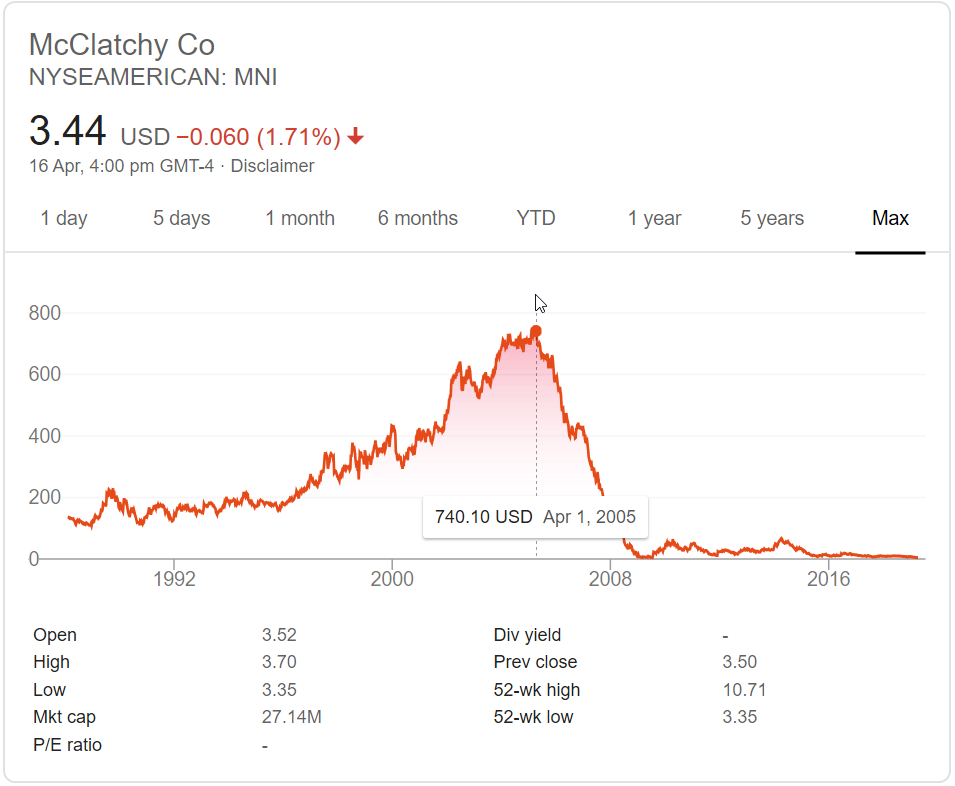 Not to mention everyone who bought their stock.

This will reduce the nation's supply of used toilet paper.

“55 percent of its debt would be eliminated”
Wrong. Those who are legitimately owed money would not get what is rightfully theirs. Suppliers and contractors are the ones who always get stiffed.

Bankruptcy is a way for them to get free money, by not paying what they owe.

Why rush to a digital format? 90% of what is in their papers comes from AP or the New York Times or other digital media that I have already read.