This was the week that President Trump really started to drain the swamp. It came when he yanked the nomination of Jessie Liu to a Treasury Department post.

Though Trump was most aggravated with Liu not clamping down on the outrageous sentencing recommendations of her staff in the Roger Stone case, there was a long list of other concerns that made it clear to the president the extent of ideological weaponization across the Justice Department.

Let’s start with Roger Stone for now. Liu’s so-called “career prosecutors” devised a sentencing recommendation of nine years in prison for behavior that became commonplace anytime former Attorney General Eric Holder appeared before Congress under oath. Lest we forget, Holder was found in criminal contempt of Congress in a bipartisan 255-67 vote. Back then, most House Democrats didn’t find contempt of Congress to be an impeachable offense. Don't forget, House Democrats marched off the floor during the Holder contempt vote. This nicely illustrates the central theme that has animated Trump’s impeachment, Justice Department investigations of Trump, Liu’s yank, and the entire political saga of the last three years.

Justice is no longer blind. Investigations, charges, and even prison terms depend on the ideological views of the targets. If you are a friend of the president, the Justice Department “career lawyers” will do all they can to find a venue in the District of Columbia where they know a rabid population of Democrat jurors will do all they can to send you to Big Sandy. If you doubt me, you haven’t heard of Tomeka Hart, the nasty partisan jury foreman in Stone’s trial who should have never been on the jury in the first place. The Scales of Justice come in two versions, one for Democrats and one for Trump.

TOPICS: Crime/Corruption; Government; News/Current Events; Politics/Elections
KEYWORDS: corruption; deepstate; swamp
The author goes on to list several examples of how the DOJ has let Dems off the hook, while zealously prosecuting Republicans, including the Awan brothers, Greg Craig and others.
1 posted on 02/16/2020 9:24:46 AM PST by DeweyCA
[ Post Reply | Private Reply | View Replies]
To: DeweyCA 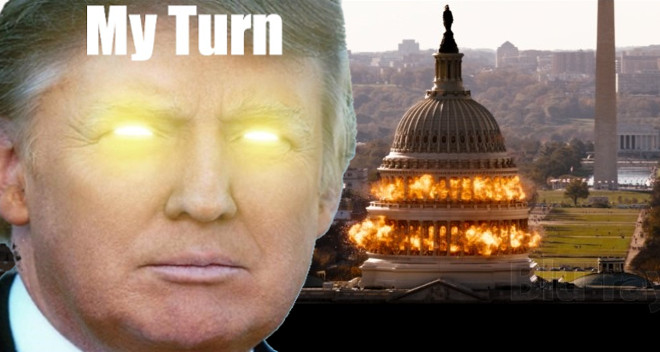 Hard to drain the swamp when Barr’s rear is plugging the drain hole.

I thought I read in 1985 that the average time served for murder is about twelve years.

It IS a great article. I doubt you’ll find a more succinct and dead-on accurate recitation of the two-tier “justice” system in Washington DC than this. The thing that gets me is they are so BLATANT about it, too. They don’t even wear a fig leaf to pretend they are fair to all who are judged by the justice system.

Maybe on the upcoming January 2021 inauguration Day One Trump will start by firing all the US attorneys.

I think so. Freepers have to understand PDJT will be a civilian after all this is over and the daggers will be out while they sit behind their pc’s and do nothing except bitch. Easy to gripe now but there is also a long game here..

That’s a good point. Republican presidents generally honor the US tradition of NOT going after the corruption of previous administrations. But the Democrats may be out in force to jail the entire Trump clan as well as his cabinet and next-tier cabinet officers after he leaves office. That would be a disaster on many levels, but I would not be surprised one bit if they pulled that trigger.

It’s not just Trump vs Dems. Scooter Libby vs. the guy that went to jail for using the name of a CIA agent who was already publicized widely as a CIA agent. And Franklin Raines, Jaime Gorelick, and Corzine . . .

How do you get away with vaporizing billions of dollars of fiduciary money. Answer: You are a big democrat fundraiser, a senator and governor of NJ.