The left-leaning platform marks a striking turnaround for the former Republican New York mayor who made his $60 billion fortune in financial services and who in the past has criticized reforms introduced following the 2007-2009 financial crisis.

Among the most eye-catching proposals is a tax of 0.1% on transactions in stocks, bonds and payments on derivative contracts, bolstering the “Volcker Rule” ban on proprietary trading, and setting a trading speed limit - all of which take aim at Wall Street clients of Bloomberg Inc’s trading terminal.

While Bloomberg’s platform does not go as far as proposals backed by progressive rival presidential candidates Elizabeth Warren and Bernie Sanders, who have called for big banks to be broken up, it underscores how far the Democratic Party is moving to the left on financial and corporate policy issues. 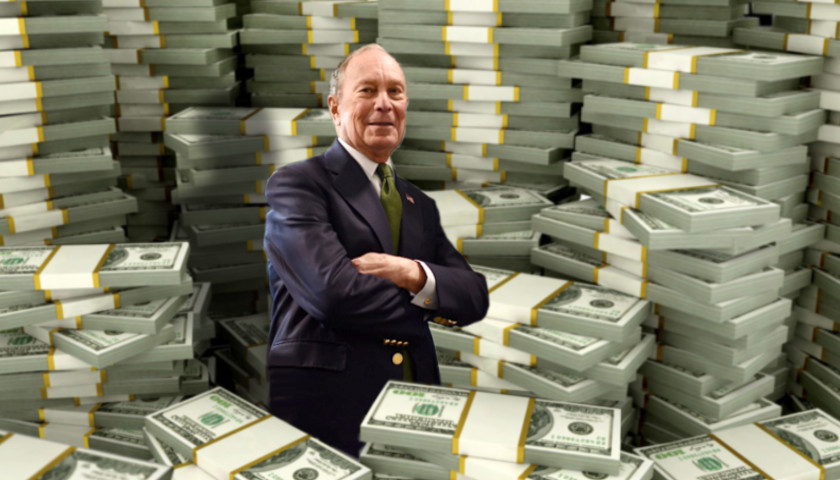 Would that include forcing PayPal and Visa to support gun companies and companies that support republicans?

This guy is a narcissistic control freak and he will use the climate BS to ruin our lives.

Completely outrageous. You sell a stock - you lose 0.1% of the total value, then you but a stock losing another 0.1% of the total value for 0.2% on each round-trip. Then you pay SEC taxes on each sale, and capital gains if you somehow make a profit. Frequent traders cannot sustain this level of taxation and will go away. That is enough to dry up market liquidity.

4 posted on 02/18/2020 9:21:07 AM PST by rigelkentaurus
[ Post Reply | Private Reply | To 1 | View Replies]
To: Oldeconomybuyer
Although I'd put it at about half that level, a Federal transaction tax on stock trades seems like a good idea to me, especially since a large percentage of the trades are machines trading with one another.

Notice they are all for regulating people making money totally out of existence but do NOTHING to stop crime and enemy attacks.

Once a new transaction tax is adopted, it will never go away and only go up.

This is an effort to tax 401K and other stock-based retirement savings on responsible citizens/taxpayers.

in his own way, bloomberg is proving to be as much of a gaff machine as quid pro joe, hisself.

bloomer made his fortune off his disruptive financial market monitoring packaging.

it was revolutionary in that it had real time market quotes on stocks & bonds along with analytical tools and news feeds that were basically available to the mass markets.

prior to bloomberg’s innovation, only the top shelf investment banks had anywhere near the information technology of the “Bloomberg” capabilities

this is biting the hand that feeds you on steroids

Never give the government a new avenue for taxation.

His software, magazine, all made from subscription/recurring revenue, that of a capitalist nature...one would think he would understand profit from capitalism. No, he made his $$$ from controlling things, payoffs, greased palms...I have watched Bloomberg TV, it is like BBC/NPR and is way leftist.

He really is a horrible human being.

The Left is so blind right now, I’d wager most of them don’t believe Bloomberg said the things he said, but rather that Trump made them up and it is a conspiracy, a la, how Clinton always says right wing conspiracy.

All I see is little mikey saying I’ve got my $60 billion and I’m in control. If he feels guilty about that let him write a check.

Eff You guys. I’ve got mine!

No tax is a good tax at any level IMHO

Yup. Classic “shut the door behind you so nobody else can get in” move on bloomturd’s part.

Mikey Mouse got his cheese.
He wants to make sure no one else can get any.....communist, control-freak, POS....always has been.

Once a new transaction tax is adopted, it will never go away and only go up.

This is an effort to tax 401K and other stock-based retirement savings on responsible citizens/taxpayers.

They don’t call him Doomberg for nuthin.

Hopefully tho this moronic idea will blow up in his face.

The second this goes into effect all such trading will move off shore.

“Never give the government a new avenue for taxation”

Uh yeah, even more so if they have the ability to use electronic methods. It is frightening what these libs come up with... notice its the ones with the money that do that...