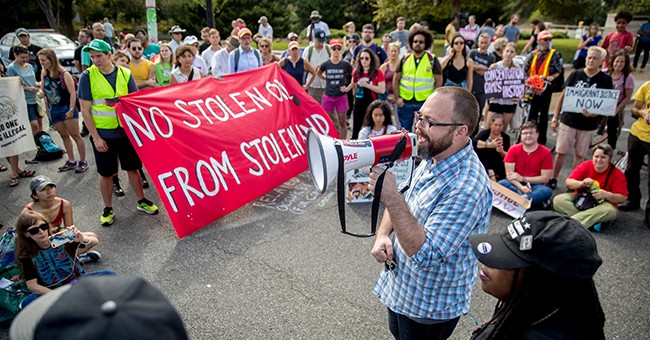 I happened to listen the other day to then-Sen. John F. Kennedy's opening remarks in his debate with then-Vice President Richard Nixon during the 1960 presidential election cycle.

Kennedy, the Democratic Party candidate, recalled that Abraham Lincoln, in the 1860 presidential election cycle, said the great question facing the nation was whether it could exist "half-slave and half-free."

In the 1960 election, said Kennedy, the issue was "whether the world will exist half-slave or half-free."

How things change. The Democrats' candidate in 1960 headlined freedom as the issue defining his campaign. Now, 60 years later, Democrats are moving down the road to nominating a socialist, pushing freedom as an American ideal out of the picture.

It is astounding that many Democrats are ready to cast aside the core value that has defined our nation, for which so many have fought and died.

One major part of the story is our youth.

Support for the two parties is divided by age.

It is our youth that is enamored with socialism and the socialist candidate.

What's driving these young Democrats to the far left?

Niall Ferguson of Stanford University's Hoover Institution and consultant Eyck Freymann suggest, in an article in The Atlantic, "The Coming Generation War," that the capitalist America that worked for earlier generations is not working for these youth.

"They face stagnant real wages" and carry a large burden of student debt, they say.

It's a generation "to whom little has been given, and of whom much is expected," they continue.

I think it is just the opposite. It is a generation to whom much has been given and from whom little is expected.

According to Pew, 78% of those ages 18-29 say it is acceptable for an unmarried couple to live together, even if they don't intend to get married.

Over the decade 2009-2019, there was a drop of 16% among those ages 23-39 who identify as Christian and an increase of 13% of those self-identifying as religiously unaffiliated.

And that age group doesn't vote. Since 1980, the percentage of eligible voters in their 20s who voted in presidential elections has averaged between 40% and 50%, compared with 65% to 75% of those over 45, Ferguson and Freymann report.

We have a generation of American youth today who have grown up in a culture of legal abortion and same-sex marriage, with little sense of responsibility to God and country.

Freedom is about personal responsibility, and these youth do not seem to be interested. They appear, rather, to be very open to the idea of turning their lives over to be run by a 78-year-old socialist.

Such values among our youth do not bode well for our future.

Meanwhile, the best near-term solution is keeping the nation under Republican control.

Society has radically changed since Reagan. The biggest issue is public education. It has been hogged tied by the left. These kids are indoctrinated very thoroughly and the parents are very checked out. Of course, I am generalizing, but this is generally true.

You’ll hear “free housing”, and “free education”, and “free medical care” a lot from the Bernie supporters, but you’ll rarely hear “freedom” from them.

They were interested in “free speech” when it helped them attack the Establishment. They attacked our culture with no holds barred, and used their Constitutional rights as a shield.

Now they are the Establishment, and conservatives are the outsiders and insurgents. All of a sudden, “free speech” is a problem for them, and so they want to get rid of it, and the Constitution.

Article is total confirmation of what I’m always preaching here.

This country will go Socialist once enough of us head off to that great Tea Party in the Sky. May be too late to change that.

They run into some troubles, but they go home and mommy loves them.

Once they get out on their own, they realize that 99% of the rest of the world doesn’t really care about them, and 1% just wants their money.

At least Christians and Jews find some fellowship.

Dinesh D’Souza on “Who gets the Profit”?

When one of my older friends, family or acquaintances dies I say, “ All the good ones are leaving.” I think you are correct in your assessment of where things are headed.

These young people don’t want to take responsibility for their own life.

Maybe the better way to look at it is that mommy takes care of them.

When they get older, they realize that no one is going to take care of them.

The strong ones grow up and start to take care of themselves.

The weak ones want mommy and are content to let government be their new mommy.

What the Leftists do not accept even if they have thought of it (unlikely) is that personal/political freedom and property freedom are inextricably intertwined, and you cannot have one without the other.

If you cannot own your own property or work for a wage that you are worth or you wish to work for, you do not have personal freedom.

If you do not have personal freedom, you will not be able to acquire and own property and wealth.

What then happens is that the really awful people get into government to take advantage of the weak people who never grew up.


The rate at which we are going through the last four stages is disturbing. Our children and grandchildren are no longer guaranteed a future of liberty and freedom.

The Demonrats began nominating Socialists in 1896. Bernie is an outright Stalinist. The Dems haven’t nominated a non-leftist candidate for President since John W. Davis in 1924.

17 posted on 02/19/2020 6:01:10 AM PST by fieldmarshaldj (Dear Mr. Kotter, #Epsteindidntkillhimself - Signed, Epstein's Mother)
[ Post Reply | Private Reply | To 1 | View Replies]
To: taterjay; Buckeye McFrog
You mean to say, that Boomers were Deplorables in the 1960s, and all that hippie crap was an act? Or that GenXers were always conservative when they were young and enamored with Klinton?

The fact is, every generation starts out young and stupid in general, and graduates to Normal and conservative. The current crop of pod-eating snowflakes are no different from the drugged out 60s kids, or the flannel-wearing grungers of the 90s.

The Big difference, is the elders in the 1960s and 1990s didnt have the internet to lament the collapse of civilization from their bedroom while real, honest, hard-working Millenials ARE in the US, making a difference, and are aghast at their woke bretheren.

Those Pew studies, if read, point to these generational differences and how the current elders were dumb kids once, too. These youths will grow up, throw off their idiocy, and vote Deplorable. In fact, maybe that process can be hastened if the older people actually talk to young people - they are ripe for conversion .

The commies want your stuff. They really are the personification of a thief and a leach.

There is a hope and that is called "Life" and "Reality." The ideals of youth are detached from the reality of life. . .thus the youth are always prone to the false hopes promised by Socialism. Socialism is the rabbit, the tortoise is the inexorable march of the reality of Life.

My son voted for Obama twice. . .but when he entered his 30's. ..the"reality of life" started to bite him in the ass. Today, he is a conservative and a strong Trump supporter. The hope is just that: The youth don't remain young!