Judges Who Tilt the Scales of Justice Do Exist
Townhall.com ^ | March 1, 2020 | Cliff Nichols

Recently, President Trump tweeted that he felt Roger Stone’s nine-year sentencing recommendation by his own justice department was too harsh. He also pardoned former Illinois governor Rod Blagojevich. Liberal Democrats immediately joined forces with media voices to react as though the president had just upchucked on America’s apple pie, completely ignoring the true “elephant in the room,” i.e., very real corruption that does exist in some of our nation’s courtrooms.

As to Stone, the president was no doubt concerned that a liberal judge—Amy Berman Jackson, an Obama appointee—might be politically motivated to use the justice department’s harsh sentencing recommendation in Stone’s case to justify sending a sixty-seven-year-old man with no prior arrests away for what could be the rest of his life. And for what? Process crimes—coupled with Stone having the audacity to be friend to a president the judge is thought to despise.

And why wouldn’t the president suspect this could happen? After all, this judge had already compelled Stone to surrender his constitutional First Amendment rights at her courtroom door, ordering him not to speak about his case directly or indirectly with anyone other than his lawyers. And she backed it up with an outrageous threat of immediate incarceration if Stone dared to defy her. Constitutional rights be damned!

Then along came Blagojevich, who emerged from prison not only unrepentant but insisting to anyone who would listen that the court where he was convicted had allowed malicious prosecutors to pursue and obtain an unlawful—and thus an unjust and immoral—conviction. In short, the president’s concern was likely a consequence of his awareness that both Stone and Blagojevich had been hauled into courts before judges whose political agendas surpassed their sense of their duty to uphold and apply the law in a manner consistent with the Constitution.

Something the president himself has also experienced firsthand. Remember shortly after his election when a number of liberal judges prevented him from exercising the Article 2 powers of his office to set our nation’s immigration policies, he tweeted even back then about the existence of political prejudices within the judiciary. And, remember also, at the time how he was publicly scolded for doing so by none other than Chief Justice Roberts:

“We do not have Obama judges or Trump judges, Bush judges or Clinton judges. What we have is an extraordinary group of dedicated judges doing their level best to do equal right to those appearing before them.”

While Roberts was perhaps correct about most judges, his statement did nothing to eliminate the very real wrongful presence of some corrupt judges who do exist in America who use their considerable powers to further their own personal agendas. Notwithstanding Justice Robert’s skewed view of reality, I have witnessed this personally and testified to it in my most recent published title A Barrister’s Tales. In fact, the chapter recounting the tragic effect such judges can have on the justice most citizens naively expect to receive from our legal system begins with the following:

“Judges are human. They all make mistakes. Some have bad tempers. Others are rude. A few are prejudiced. More than a few are narcissists. A few are even criminal. Rarely, however, does an attorney encounter a judge with all these traits. When it does happen, it can leave the attorney emotionally traumatized by an experience best described in just one word—evil. Judge G. Erpman was such a man ... The presumption of a defendant’s innocence until their guilt could be proven beyond a reasonable doubt was a concept Judge Erpman had left somewhere in the past. ... It didn’t take long for any defense attorney in his court to gain a sense that the field upon which they were playing was not level. Unfortunately, Erpman was clever enough to make the degree of uphill slant he imposed upon any defense attorney appearing before him nearly impossible to prove. It was like suffering death by bleeding from a thousand small cuts. The only thing you could know for sure at the end of a trial in Erpman’s court was you’d most assuredly been “Erp’d on”—a term coined by those defense attorneys who regularly had matters assigned to his court."

The bottom line is that judges like Erpman do exist and present a very real threat, not only to the Stones and Blagojevichs, but to all of us. A threat that can devastate the lives of anyone forced to experience it firsthand. This is the “elephant in the room” that causes people like Stone and Blagojevich—when not silenced by court order or imprisonment—to implore the rest of us to acknowledge this brokenness in our criminal justice system. They know all too well that if we don’t take necessary action to crush this evil beast, it may in turn be used by some with political ideologies to crush any one of us.

Were Stone permitted to speak, he—like Blagojevich—might pose for us all certain pertinent questions. Why me and not others like Hillary, Comey, Clapper, Brennan, McCabe, Yates, and Strzok, whom judges like the one deciding my case happen to consider political good guys? Haven’t they done things as bad, if not worse, than those for which I’ve been prosecuted? How is this possible in a system of justice that is supposed to be blind?

Fortunately for us all, the president’s tweets and other public statements on this subject reveal his conviction that judges who allow their political or personal agendas to trump their pledge to defend the Constitution, uphold the rule of law, and provide justice equally to all shouldn’t be allowed to rule from the bench. Witness most recently his statement that the revealed biases of Justices Sotomayor and Ginsburg against most anything the president does should be enough to require them to recuse themselves from all cases involving his administration … forthwith.

I am grateful that the president’s tweet about Stone, his pardon of Blagojevich and now his most recent rebuke of Sotomayor have served to expose this cancer within our legal justice system to the light of day.

For that reason alone, we would do well to do all we can to encourage President Trump to keep on tweeting for another four years. You never know. Someday it just might end up educating people like Justice Roberts about a problem they either don’t see, or willfully choose to ignore. More importantly, however, it could do well to eventually protect the rest of us in the future from being exposed to the very present risk of our lives being destroyed should we ever be hauled before a judge like Erpman and—as President Trump, Stone and Blagojevich have experienced—being Erp’d on!

Whoa1 Americas robed mullahs wouldn’t do that would they? They are more sophisticated and nuanced than the ME brethren.

Blagojevich was not pardoned, his sentence was commuted.

...to politically active adjudication that is a respecter of persons - no justice at all. 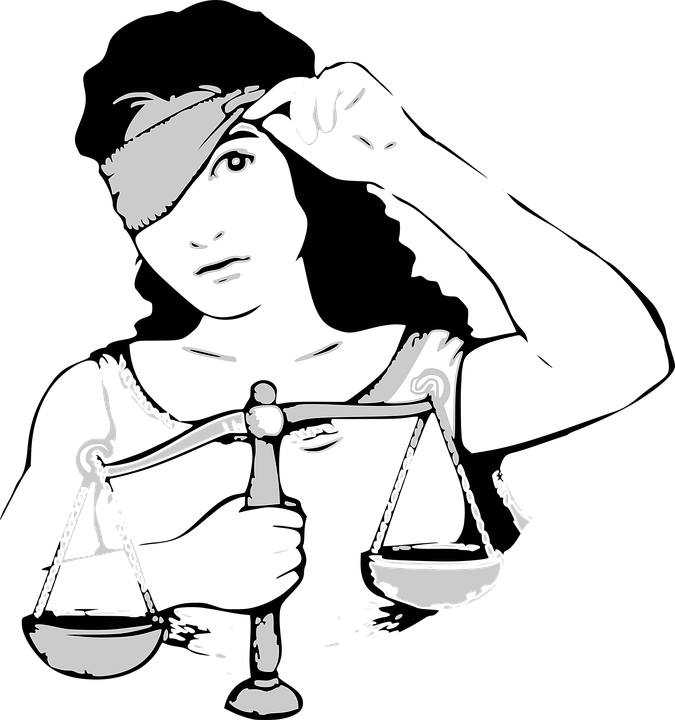 No Justice, NO United States of America. Roger is in jail. Coup plotters roam free.

From Hammurabi Code through Halakhah, Moses, Sharia, Napoleonic code, Magna Carta, Constitution and Bill of Rights of The United States of America, there has never been a justice system designed to give individuals maximum freedom while dealing with depths of wickedness unseen. Are we Past Peak Civilization?

Santa Claus’s helpers are making their lists and checking them twice.

No, Rogers is not yet in jail, that is pending appeal. Try to not wax hyperbolic, PGalt.

Thanks, Swordmaker. I haven’t followed it that closely since the initial railroading. Coup plotters roam free. I’ll keep a better eye on both and double-check.