The legal and political battles in Wisconsin, along with the gripping images of voters donning facial masks and gloves standing in hours-long, socially-distanced lines to cast ballots Tuesday, could be just a preview of what lies ahead, as states across the country anticipate the lingering impact of the pandemic on the presidential election in November.

Election officials from both parties are already sounding the alarm about the need for more resources to ensure health safety and expand alternatives to in-person and day-of voting. They also anticipate protracted partisan fights over what the general election could and should look like in the age of Coronavirus.

"We cannot let our Democracy be causality of the current health pandemic. We cannot wait until October to gear up for alternative methods to vote. We have to get ahead of it, we have to start now," said Alex Padilla, California's secretary of state. "There is an urgency here."

The concept of mail-in voting is at the forefront of the debate over how to proceed with November's election. Four states already conduct their general elections by mail, and Hawaii is set to become the fifth state to move entirely to vote-by-mail with elections this year. Another 28 states and Washington D.C. offer "no-excuse" absentee or mail voting, according to the National Conference of State Legislatures.

Now, Democrats are pushing for it to be implemented nationwide. Senators Amy Klobuchar and Ron Wyden have introduced legislation to "ensure that voters in all states have 20 days of early in-person voting and no-excuse absentee vote-by-mail."

>>Are they using the same alarmists they use for the global warming propaganda?

H1N1 swine flu has killed as many as 17,000 Americans, including 1,800 children, the U.S. Centers for Disease Control and Prevention reported on Friday...

ACCURATE ESTIMATES
The CDC and the World Health Organization stopped trying to count all the actual cases months ago, once it became clear that H1N1 was a pandemic that would infect millions... 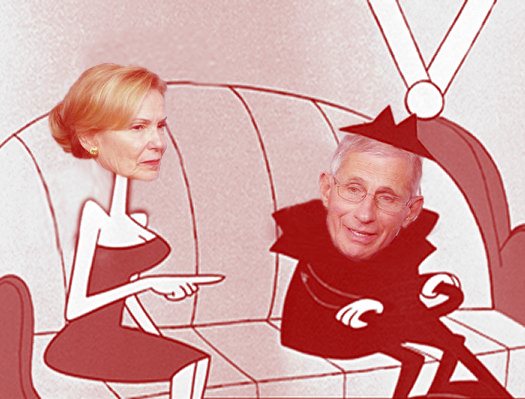 We fought and won the revolutionary war during a smallpox endemic.

Now we can’t even figure out how to vote with this little thing going on?

My how the mighty have fallen....

Well, if only it were a democracy I'd be concerned.

Perhaps CBS will explain that to us.

Yep lock and load, we tried to be nice.

The attacks will continue to grow exponentially between now and November...it’s their last best chance and they know it...

This is the result of allowing democRATs into positions of power and authority. Huge mistake, people.

yes, they will. They want same day registering and voting by mail, and hundred of thousand of lefties filling them out and delivering them by the truckload. Then when they are still losing, there will be more pouring in by the hundreds of thousand 3 months after the election.

Sounds like this was the globalist plan all along. The timing of it couldn’t have been more perfect. All triggered by China. Who cares if a few hundred thousand die if it means all the global despots are rid of PDJT. The D’s know they won’t win, this was the only way - to ensure fraud was possible.

For these people, the end justifies the means, by any means necessary. There are no depths to which they won’t sink, civilized people are too naive to remember this.

I spoke to a colleague (Italian) that now lives in Shanghai (3 years). He said everything is pretty much back to normal. Even the clubs are open.

It’s time to just put on masks, excessively wash our hands, and have high risk people stay at home. The numbers are flattening.

To PDJT: It’s TIME to open shop, with these safeguards.

I wrote about two weeks ago that we needed more data, we still didn’t know how bad it would be so we should give it another week or two. I think we now have the data, it says we can manage this and bring numbers down to flu-like cases but the destruction of our economy should no longer continue. The results will be far worse. This was NOT a hoax - it’s also not Ebola on steroids.

Just imagine if Trump has any proof of conversations between the Democrats, the US Media, and China pointing to an effort at using the virus to achieve political goals.

I maintain there would be mob justice and public executions. The excuse of “everybody does it” wouldn’t fly if these people killed your grandmother and trashed your 401(k) because they were hoping to win in November.

There will never be a Republican anything (well they may let RINOs win to make it look legitimate) anymore if the DemonicRats pull this scam off.

Imagine the mayhem when they get caught red-handed?

And they rested
And did exercises
And made art and played
And learned new ways of being
And stopped and listened
More deeply
Someone meditated, someone prayed
Someone met their shadow
And people began to think differently
And people healed.
And in the absence of people who
Lived in ignorant ways
Dangerous, meaningless and heartless,
The earth also began to heal
And when the danger ended and
People found themselves
They grieved for the dead
And made new choices
And dreamed of new visions
And created new ways of living
And completely healed the earth
Just as they were healed.

I am back to work