She told of underage girls being threatened and picked up in car parks and taken to houses across the town, where they would be passed around dozens of men.

In one case, a man in his 40s poured petrol on the head of a 14-year-old girl with learning difficulties and threatened to set her alight unless she performed a sex act on him.

In 2009, the Crown Prosecution Service had decided not to pursue the cases in court, describing the girls as ‘not credible’.

Authorities who were supposed to protect them had judged the girls promiscuous teenagers who were making lifestyle choices by engaging in sexual activity with these men.

They brought me up to speed on Operation Span, an inquiry which had been launched by Greater Manchester Police following complaints from 47 girls that they had been raped by grooming gangs in Rochdale.

I watched the footage of a 15-year-old girl being questioned by police in 2008. She was the teenager the Prosecution Service had labelled not credible and would later become known as Girl A.

The look on her face as she spoke of being raped repeatedly by a gang of men was heart-rending.

Girl A appeared via video-link from a police station and was questioned by 11 barristers over a period of six days.

When she had been questioned by the ninth barrister, she finally lost her temper – much to the lawyer’s delight.

‘Now we see the real you!’ he exclaimed.

One journalist asked: ‘So what happened in 2009? Why was no one prosecuted then?’

David Cameron, the then-Prime Minister, called me, asking how widespread a problem the grooming gangs were. I told him it was a deep-rooted issue that we simply hadn’t been paying enough attention to nationwide.

“Asian” men. If they had saved a drowning child they would be “middle eastern” men.

The Brits deserve every bit of what is happening to them.

Justice would find them hanging on lamp poles in the middle of the city.

No, the bastards who sold their people out deserve to be hanged from light poles, starting with Tony Blair who opened the floodgates to muslim immigration.

Cant have their Globalast Utopia without breaking Nations.

Cant have their Anti Christ and 666 without Globalism.

So the Hell bound have no choice.

Awful! Shame on the authorities for not protecting these girls. Prayers for them to be healed. 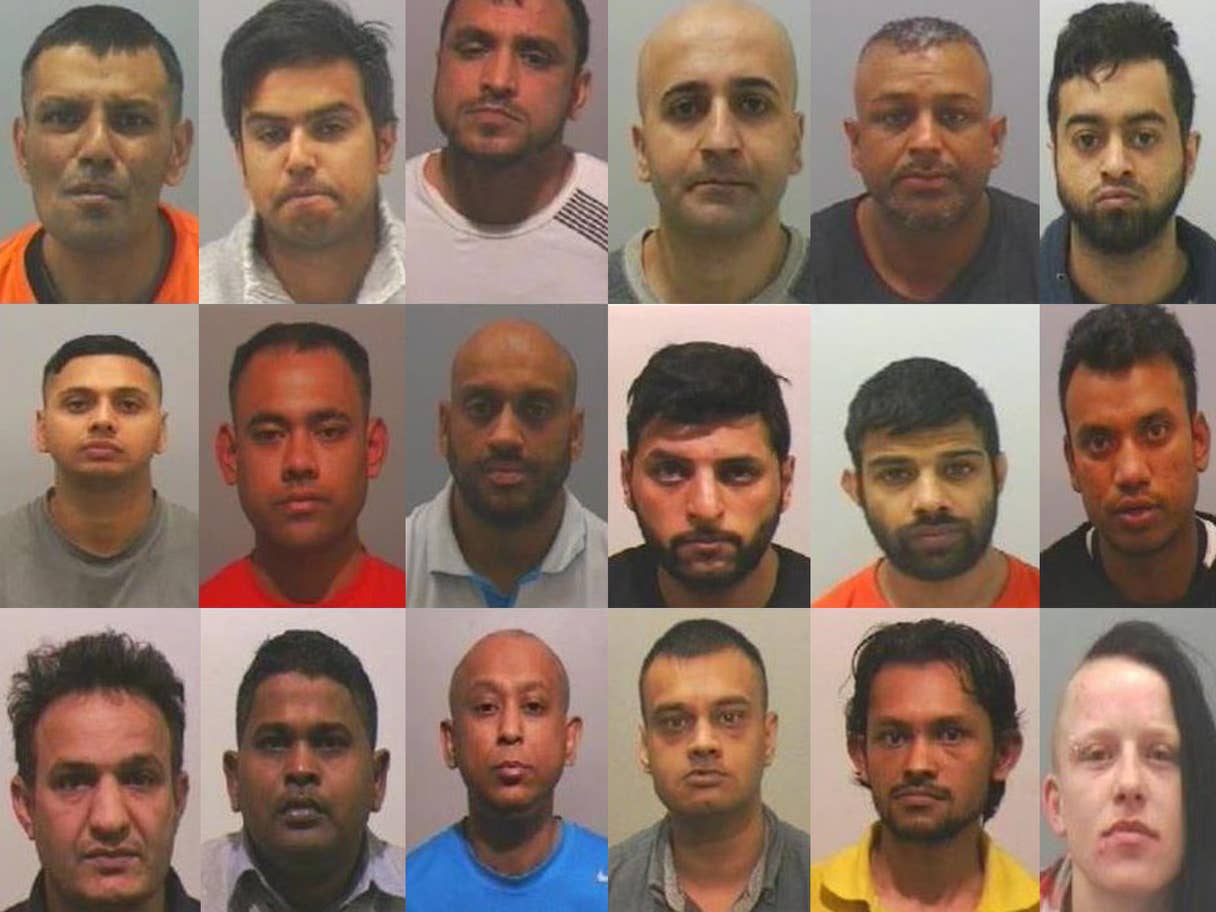 Some of the girl’s parents tried to help and the police jailed them...They truly wanted to bury this....

Govt officials are involved, including police and court officials. That’s the explanation for the lack of prosecution. It’s that simple. The Govt is corrupt beyond belief.

UK & EU are all going Pc even when it comes to crime. I’d call in the Army and throw them out if I were Queen; but I am straight.

The only English men left after the war With those losers socialist who refuse to go and fight ! and that’s who’s running the country now

Tommy Robinson is one of the only last real man left in the country!

Is pederasty rampant in the U.K. courts?

If they were in New York or California they would be free on no bail with their lawyers supplying them with the names, addresses and phone numbers of their accusers.

This article claimed he was prime minister in 2009 ...

The article doesn't make that point real clear but the use of "then," referring to 2009, is used a number of times so the reference to Cameron being "then Prime Minister" likely means his conversation with Cameron was sometime after 2009.