Second lady Karen Pence said Thursday that Vice President Pence had been unaware of the Mayo Clinic's policy requiring all visitors to wear a face covering until after he left the facility on Tuesday.

"As our medical experts have told us, wearing a mask prevents you from spreading disease. And knowing he doesn’t have COVID-19, he didn’t wear one," she said on "Fox & Friends."

"It was actually after he left Mayo Clinic that he found out they had a policy of asking everyone to wear a mask," the second lady continued. "So someone who’s worked on this whole task force for over two months is not someone who would have done anything to offend anyone or hurt anyone or scare anyone."

The vice president's visit to the Mayo Clinic in Minnesota was intended to highlight research being done on treatments for the coronavirus, specifically how the blood of recovering patients can be used. But the trip was largely overshadowed by his decision not to wear a face covering in defiance of the clinic's policy.

Pence was the only individual spotted without a mask during his visit as he participated in a tour and held a roundtable discussion with physicians, nurses and researchers. Everyone else seen on camera with Pence had masks on, including Food and Drug Administration Commissioner Stephen Hahn.

On Tuesday, the clinic tweeted, then deleted, a message that it informed Pence of its masking policy prior to his arrival in Rochester.

"Mayo shared the masking policy with the VP’s office," the clinic said in an emailed statement after deleting the tweet.

Why didn't he notice that every single person around him, including, apparently, his staff, was wearing a mask and ask for one, too?

Was anyone else visiting that was part of VP Pence’s entourage, given a mask or was wearing one?

Trump’s disinfectant statement and now this are self inflicted wounds that need to stop.

They both need a new advisers.

Just so you know, if it is a mask-only unit, they make you wear a mask or you don’t go in.

Do you honestly think Trump listens to anyone?

25 posted on 04/30/2020 8:34:50 AM PDT by AppyPappy (How many fingers am I holding up, Winston?)
[ Post Reply | Private Reply | To 23 | View Replies]
To: Skywise
Taking a stand by responding to a nebulous allegation (the Twitter post in question has already been abused) isn't leadership. That's the kind of thing President Trump would do, but it's not a characteristic of leadership ... it's a characteristic of a WWE-style president who sees everything like this as an opportunity to hammer his opponents mercilessly. That's great, but it is so NOT Pence's style.

If Pence is asked a direct question, he can give a direct answer. Absent that, he should just go about his business. THAT is leadership.

Remember Kerry in a bunny suit.

Yes, there is no reason the hospital would not have provided him with a mask when he arrived.

I have been to a hospital 4 times in the past couple weeks, and there are signs EVERYWHERE that you must put on a mask when you walk in the door.

30 posted on 04/30/2020 8:43:54 AM PDT by 1Old Pro (#openupstateny)
[ Post Reply | Private Reply | To 2 | View Replies]
To: Skywise
Right on, that is leadership. Pence has intelligence briefings and knows more about this subject that almost anybody on the planet right now... its was symbol to us that this virus is as not lethal we are led to believe .

Hospitals don't require visitors to wear masks always when visiting other types of victims under normal times, he was just following normal protocol as a LEADER, just as he did when he visited Steve Scalise who had been shot as an act of political malice, Pence did not wear a mask on that day either , so why is there a difference now if the message is going to be it is safe to reopen the country? This was a message to tell us all these types of “victims” are not as contagious as we are led to believe, and this is Leadership, people would have to be blind to not know what he was doing and how much he and Trump with experts have discussed when they go out, will they be wearing or not wearing masks to set an example

That’s an option too.

But the Mayo Clinic has few equals as a germ-rich environment.

In the words of the late Dr. Robert Mendelsohn there are germs in there you can’t find anyplace else in town.

Sadly he appears to listen to Dr. Fauci. And I anxiously awake each day eager for him to prove me wrong on that.

Exactly. Are they afraid to have a simple chat w Pence and his staff asking that they wear masks?

“This one’s on Mayo. That he’s the VP is all the more reason Mayo should have requested the mask. And for anyone who accompanied him.”

Yeah, the Mayo people must have gone out of their way to tell everyone except the Vice President about masks, or they hid the masks from him.

Here, join the rest of the Democrats..... 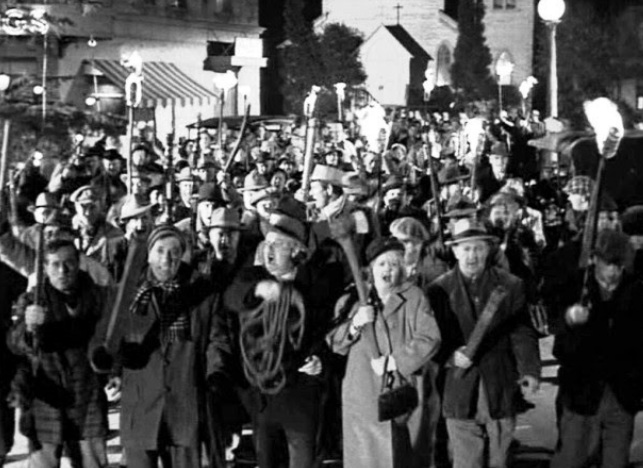 If Pritzker were to wear a mask, we would know he is a crook.

“It was actually after he left Mayo Clinic that he found
out they had a policy of asking everyone to wear a mask,”

So why didn’t someone tell him? I wouldn’t wear one unless someone told me to.

I think 'that admin' was a Mr Ham from the Mayo Clinic.

LOL, really, FR has de-evolved into this? So sad.