Unmasking the Illegalities of the Obama Administration
American Thinker.com ^ | May 17, 2020 | Janice Shaw Crouse

Well informed citizens have been rocked by revelations from recently unclassified documents that clearly show THAT President Obama "was aware of the details of wiretapped conversations of then-incoming National Security Advisor Michael Flynn and then-Russian Ambassador Sergey Kislyak in December 2016." Further, there's a long list of Democrat dignitaries who are also part of the unprecedented spying on an opposition party in an attempt to influence a presidential election and then undermine the duly elected president. The really pivotal fact, however, is that "Obama's knowledge of Flynn being wiretapped raises significant questions about what Obama knew and when he knew it with regard to the attempt to railroad Flynn and prevent him from serving as Trump's national security advisor."

There is nothing new about Obama seeking private information in order to smear a political opponent. It was well known that when he ran for the Senate in 2004, a California judge ruled that the divorce papers of his opponent, Republican Jack Ryan, be released. Both Ryan and his wife argued that the disclosure of the closed records would be harmful to their son, and they both opposed public disclosure of the documents. With the release of those documents, Ryan withdrew from the U.S. Senate election, and Obama sailed into the Senate without an opponent. That scheme was not a new tactic for candidate Obama. His opponent in the primary, Blair Hull, was also a divorced man with sealed records from 1998. In the infamous Chicago, Illinois politics in 2004, an enterprising reporter "discovered" that Hull's wife had previously sought a protective order against her husband.

This is small potatoes and old news. What was going on in the Obama Whitehouse and the amount of people involved is massive.

The vast majority of citizens and non-citizens who will be voting in November don’t know about these scandals.

So the big question remains, how does all the true information get to the voter who can and will make an honest decision and vote in November? The number has to exceed all the votes that are going to “harvested” by the Democrats for any of this to make a difference.

4 posted on 05/17/2020 6:19:22 AM PDT by yldstrk (Bingo! We have a winner!)
[ Post Reply | Private Reply | To 1 | View Replies]
To: Kaslin
President Obama "was aware of the details of wiretapped conversations of then-incoming National Security Advisor Michael Flynn and then-Russian Ambassador Sergey Kislyak...

Does anyone think he shouldn’t have been?

Jack Ryan’s replacement was Dr. Alan Keyes. He was accused of being a carpet bagger from Maryland. The IL Republican conservatives were thrilled to have Keyes as their candidate, as well, the IL Republican establishment, for they were going to stay home and teach the Republican conservatives a good hard lesson that they would never forget. Sure enough, Keyes went down in flames, losing something like 27% to Obama’s (over) 70%, crushing Keyes in the general election.

David Axelrod, lived in an apartment building in Chicago, where a reporter also happened to live, that wrote the damning story, using sealed (leaked) court documents on Blair Hull.

And one of the women who made claims against Herman Cain also resided in the same building as Axelrod.

Good point. I had forgotten about that connection. TY

The ENTIRETY of the Kenyanesian Usurpation was unconstitutional and the crimes were myriad.

Both parties put a foreign usurper in office who proceeded to turn every agency of the government against the citizens, ran guns to Mexican drug cartels, overthrew the government of Libya and used it as a staging for weapons shipments to jihadists to try to overthrow the government of Syria, overthrew the governments in Egypt and Tunisia, gave billions of dollars to Iran, and too many other crimes to mention.
Then they topped it off with using every asset of the US government to fix the election for Hillary and when that failed because she is so unlikeable they impeached President Trump for asking about the crimes Joe Biden committed.

The GOP is useless because they were complicit in the first biggest crime.
Obama was never eligible.

10 posted on 05/17/2020 9:46:17 AM PDT by Lurkinanloomin (Natural Born Citizens Are Born Here of Citizen Parents_Know Islam, No Peace-No Islam, Know Peace)
[ Post Reply | Private Reply | To 1 | View Replies]
To: GOPJ; Grampa Dave; poconopundit; Ann Archy; RitaOK; Jane Long
The really pivotal fact is that Obama's knowledge of Flynn being wiretapped raises significant questions;
<><> what did Obama know and when did he know it WRT the FBI plot to railroad Flynn.

Susan Rice was Obama's factotum and knows where all the bodies were buried.
Rice was an obedient Obama-worshipper who would do anything he asked....even if it was illegal.

Worshipful Susan Rice gets her daily orders from the Obama police state. "Get me dirt on Penguin books so I can shake them down for big bucks on my book contract."
"Lois Lerner loved that dirt you got on conservatives."
"And get me the IRS files of Harry Reid, Chuck Schumer and Nancy Pelosi."
"Keep me briefed on everything the FBI is doing to railroad Flynn." 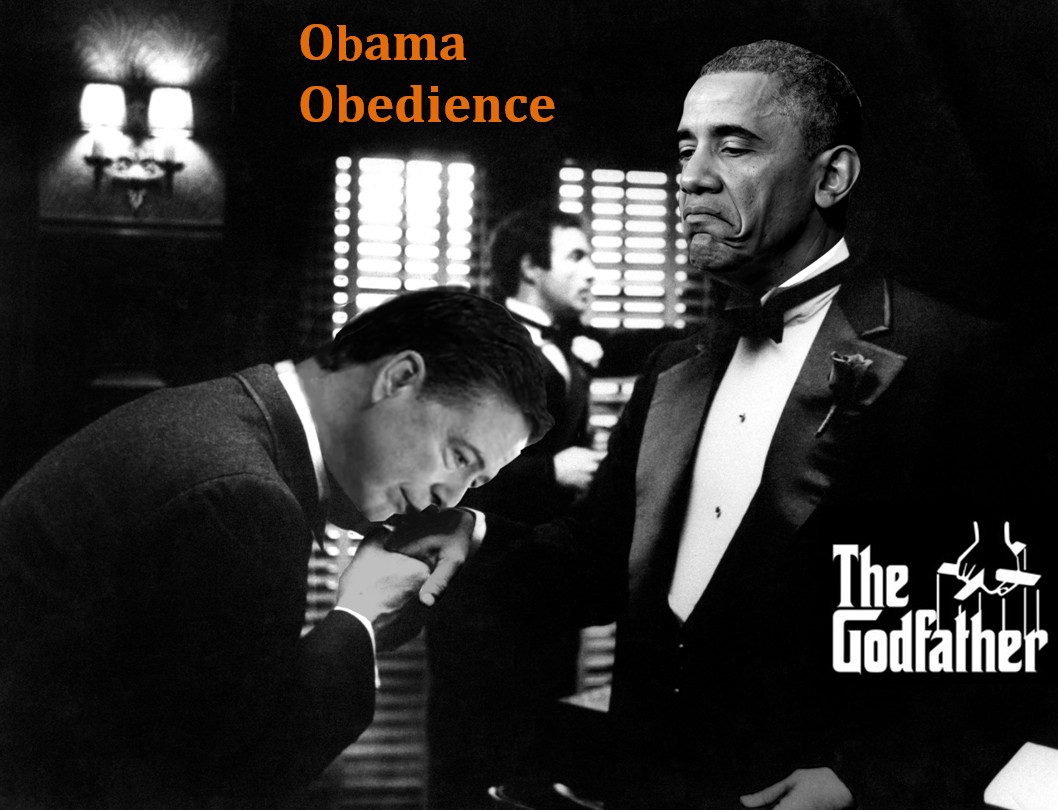 Something about the guy reeks with the stench of arrogance.  And the guy accomplishing nothing significant on his own.  He was merely a glad-handing pol and personal persuader who touched the right buttons with his unkept promises, air of authority, and ability to play affirmative action to the hilt.

It's incredible he rose to the highest office in the land.  Of course, Romney and McCain probably would have been almost as bad as leaders.

When you think about other world leaders dealing with this Traitor, they must have been totally turned off by his incompetence, corruption, and total lack of respect for his Office.

When Biden and Hillary playing their international extortion games, they got the picture -- this guy can be bought.  So it was like, "pay him what he wants because we can destroy America's advantage in the world with this Barking Usurper."

A guy like Putin certainly read through Obama.  From Russia's perspective, he probably preferred Obama as someone he could control.  But Trump I'm sure Putin respects as a man -- a capable adversary.

Good comment, Lurkinanloomin. Pretty much sums it up nicely.