Through a public information request, Border Report has learned the projected position for 14 of the 69 miles of border wall that the U.S. Department of Homeland Security plans to build between Laredo and the river. The 14 miles are to start at the international railroad bridge near the riverfront outlet mall in downtown Laredo and run northwest to Pico Road and the private and historic DeAnda Ranch (from Downtown to the NW)...

“Overall what we’re seeing is that the government is really moving forward with all these cases. There is no slowing down in terms of surveying,” said Karla Vargas, a lawyer for the Texas Civil Rights Project, a nonprofit organization that offers legal advice to homeowners who are fighting a border wall from being built on their properties.

“One of the new hot spots is Laredo and we do see that those cases are moving forward,” Vargas said.

CBP officials on May 8 announced that an Alabama company (Caddell) had been awarded a $275 million contract to construct these 14 miles of bollard wall. It was the first contract awarded in Laredo.

Construction is to begin in January.

TOPICS: Foreign Affairs; Government; Mexico; US: Texas
KEYWORDS: borderwall; immigration; laredo; texas Navigation: use the links below to view more comments.
first 1-20, 21-25 next last
The contract recently awarded to Caddell Construction, will run from the small railroad bridge downtown, all the way out of town to the North West.

It would start right near the Western edge of the fancy "Bulkhead" downtown development, that Laredo officials have been bucking for.

Just recently, Federal officials have withdrawn from negotiations with the the city over designing the Bulkhead, because they were being so obstructionist overall, filing harassment lawsuits, designed simply to delay. Perhaps they will end up with a basic run of huge rusty prison bars, heaped with concertina instead of a Federally funded urban development program. 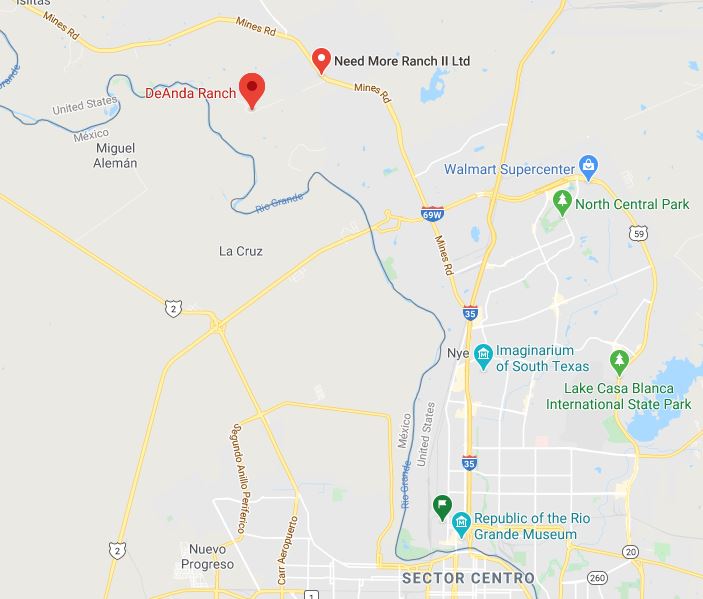 “This placement that you are describing is a huge part of the heart of Laredo.”

Nevermind that the porous border has changed the heart of America.

I read somewhere that we’re now deporting more people than people crossing the border. I think if we can pull this off in 2020, we might be able to truly secure the border and not just contain the damage of illegal immigration but maybe even reverse it. Wow.

Beto hiding in El Paso? Why doesn’t he come help, do some skateboarding maybe?

“This placement that you are describing is a huge part of the heart of Laredo.”

The intent is to completely Wall off Laredo, all the way from Falcon Lake in the South, to about 60 miles North of the town. With the adjoining separate 52 mile project, it will be a 121 mile run of strongly fortified border, which today, is virtually without any barrier.

It is beyond just intent - the money is on hand for it, and the first contract has already been awarded. In fact, the money for the 69 miles that includes all of Laredo itself, was specifically appropriated by Congress for that segment - the President did not even have to pull it from some other purpose.

Laredo (just over a quarter million in population, in the city itself), is the largest urban area along the Mexican Border, with no barrier. When this project is complete, it will be locked up tight.

The first 300-400 miles on the priority list accounts for over 80% of previous illegal immigration. The Administration’s announced goal is to have about 450 miles completed by the end of this year. Unannounced, but apparently underway, is another goal to get the rest of the need barrier on contract, with the funding obligated, by the end of the year as well.

Fortunately the ‘Rats and their media minions are focused on HCQ/Zn hysteria.

When they wake up, it will be largely over.

Roll on Trump, roll on.

I’ve been patrolling the border for 23 years and Trump is the most mind blowing Presidential border enforcer in the history of this country. I can’t reveal to you what I know and what I see but if you voted for Trump because he wanted to secure the border you are not being let down.

9 posted on 05/19/2020 7:38:37 PM PDT by SharpRightTurn (Chuck Schumer--giving pond scum everywhere a bad name.)
[ Post Reply | Private Reply | To 1 | View Replies]
To: BeauBo
I really would have liked the border wall built on the Meskin side to the middle of the river.

There are parts of Texas Land Laws that presume that if a land owner moves his fence inbound of his property lines, that he has given up that property to the other adjoining owner.

This could be road right of way easement, a creek he could not properly fence with water gap fencing or just not proper surveying of property lines.

The courts may rule later that the US succeeded the Rio Grande to the Meskins.

Mexico may later void water usage treaties with the US since we gave up the Rio Grande as a border.

I worked as a geologist out of Laredo from ‘76 through ‘85. I walked across the River into Nuevo Laredo several times a week for meals or just sight-seeing and retail shopping. It was a nice place (equal or better in many ways than Laredo itself) - right up until the Carter general amnesty for immigrants was well known throughout Mexico. Within a year, Nuevo Laredo became larger than Laredo, with shanty towns all over the outskirts. The infra-structure was overwhelmed and the place became a cesspool.

12 posted on 05/19/2020 8:26:59 PM PDT by oldplayer
[ Post Reply | Private Reply | To 8 | View Replies]
To: BeauBo
Border wall opponents have been repeatedly critical of the Trump administration, saying it has been increasing border wall construction at a time when most of the nation is distracted and preoccupied with the coronavirus pandemic.

Hm. I always thought those despicable scum were all in on never letting a good crisis go to waste.

I hope they choke on the shoe that is on the other foot.

How will this affect crime in and around Laredo re guns, murders, gangs, cartels, drugs, smuggling in general, robberies, kidnappings for ransom, etc?

I’ve also read that many illegals seem to be self-deporting.

There’s a bright side to every crisis.

In this case, there’s several.

Dem agenda is being revealed and people are getting sick of democrat tyranny and it’s starting to show at the polls.

People are homeschooling and liberal indoctrination centers aka public education and universities, are shut down, stopping the brain washing.

People are learning that working from home is a better option and that the second income may not be all that needed anyways.

People are getting cleaning and cleaning out of years of hoarded and stored stuff done.

We are starting to put America first.

Thanks for that note of encouragement.

We just usually see and hear from the MSM and people are miffed because it’s perceived that Trump is not fulfilling his campaign promises in this regard.

It’s nice to know that he is and to hear it from someone who actually knows something.