Covid-19 came late to Turkey - on 11 March - but soon singed every corner of the country. Within a month all 81 provinces had been affected.

It was the one of the fastest growing outbreaks in the world - worse than China or the UK. There were fears that the death toll would soar turning Turkey into another Italy, which was then the hardest hit country.

Three months on that hasn't happened, even without a total lockdown.

The official death toll is 4,397. Some doctors here dispute that, claiming the real figure could be twice as high because Turkey only includes those who test positive. Either way, in the horrific annals of the Covid-19 era, it's a relatively low number for a population of 83 million.

The country has public health lessons to offer, according to acting head of the World Health Organization (WHO) in Turkey, Dr Irshad Shaikh.

"Initially we were worried," he told the BBC. "They were having 3,500 positive cases per day. But what has worked is testing. And they did not have to wait five or six days for results." He also credits the quarantine, isolation and contract tracing measures but says it's too soon to judge Turkey's treatment protocol for patients.

We were given access to a hospital where it has been part of the standard treatment for thousands of patients. The Dr Sehit Ilhan Varank hospital, a two-year old-state hospital, is also state of the art. It's a bright, spacious battlefront against the virus.

Chief doctor Nurettin Yiyit - whose art work is on the hospital walls - says it's key to use hydroxychloroquine early. "Other countries are using this drug too late," he says, "especially the United States. We only use it at the beginning. We have no hesitation about this drug. We believe it's effective because we get the results."

On a tour of the hospital, adding and subtracting protective layers as we go, he explains that Turkey's approach is to "get ahead of the virus", by treating early and treating aggressively. They use hydroxychloroquine and other drugs, along with blood plasma and oxygen in high concentrations.

Dr Yiyit is proud of his hospital's mortality rate of under 1%, and of the empty beds in the intensive care unit. They try to keep patients out of here, and off ventilators.

We meet 40-year old Hakim Sukuk who has left the ICU and is homeward bound, brimming with gratitude.

CLICK ABOVE LINK FOR THE REST OF THE ARTICLE

Turkey - Crossroads of the World

Turkey - Crossroads of the World

Thanks for the link...

I am pretty sure that I recall Dr. Zelenko saying in one of the early interviews that several countries had contacted him about his results, and that Turkey was one of them.

Doc Zelenko and the other medics who have extolled Hydroxycholorquine all emphasized it must be given early. In order to prove the Trump Drug doesn’t work all the official testw were done with end stage patients and it is only given to those already in the ICU in approved hospitals. It is far more important to demonstrate that the Trump drug doesn’t work than to save lives.

It is far more important to kill as many innocent people as possible to scare the he$$ out of people so that the economic lock downs can continue as long as possible.

Some of the Democrats would kill their own mothers to defeat Trump in November. Maybe some of them did. 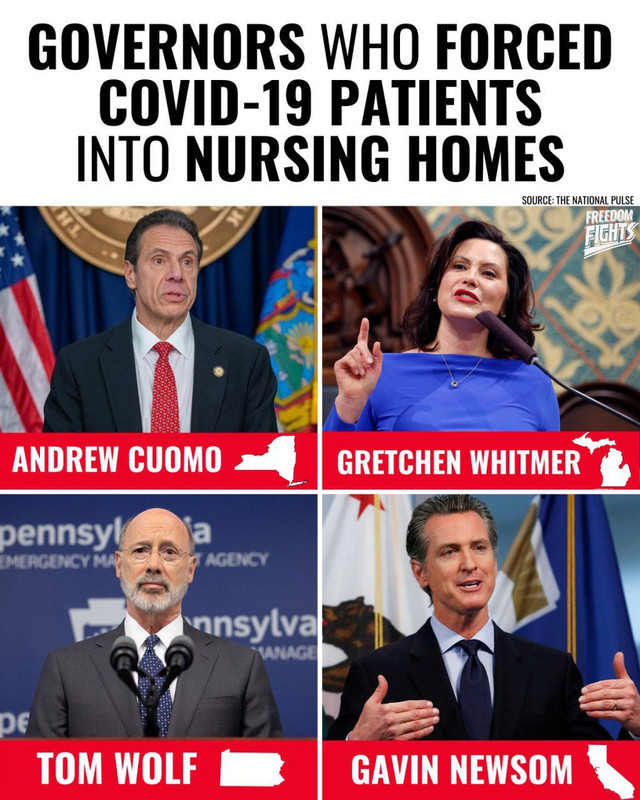 More Democrat governors seeded nursing homes than the four shown on the figure. 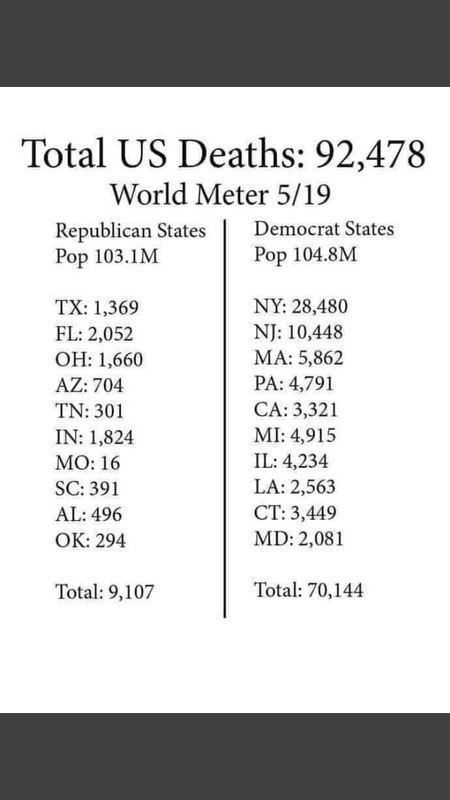 The numbers in this figure are almost two weeks old but the message hasn't changed, the Democrats intentionally killed many for politics. I don't expect any of them will be charged with murder, the only trial they'll get is at the voting booth.

So Democrat state Governors send infected seniors into nursing homes. During the weeks that follow they press for mail in voting....yep timing seems right....the nursing home staff collect all the mail in ballots and send them to the DNC. Nahhh, that would never happen.

Which other (other than those 4) Dem governors sent WuhanVirus patients to nursing homes?