That, of course, was blocked and filibustered by the Democrats. They didn’t want to talk about it. Debated, amended. She said that you and your Republican colleagues supporting the Justice Act were basically complicit in the murder of George Floyds, saying that you were trying to get away with his murder. As someone who’s worked very hard on this issue as a black man. What was your reaction when you heard that from Speaker Pelosi?

SEN. TIM. SCOTT: It was the most outrageous, sinful comment I’ve heard as a public official period. I thought to myself that how in the world does this woman sitting, standing in front of a twenty-four thousand dollar refrigerator have the sense to jump into the bottomless pit of race politics? Why in the world would she want to do that? There’s only one answer, by the way. One answer. It’s because she’s lived so long in a state of privilege that she has forgotten.

TOPICS: Constitution/Conservatism; Government; Philosophy; Politics/Elections; US: California; US: Minnesota; US: South Carolina
KEYWORDS: boom; botox; california; georgefloyds; minneapolis; minnesota; nancypelosi; sanfrancisco; sanfrannan; southcarolina; timscott Navigation: use the links below to view more comments.
first 1-20, 21-25 next last
"One answer. It’s because she’s lived so long in a state of privilege that she has forgotten." I gotta correct Sen Scott on this. She has ALWAYS lived in her guilt free privilege so there is no chance she EVER knew. And, guess who will be back in 2021 representing CA-12. As far as shame? They know none.
1 posted on 06/27/2020 10:54:24 AM PDT by rktman
[ Post Reply | Private Reply | View Replies]
To: rktman

I thought it was George Kirby.

“Can’t be bargained with, can’t be reasoned with, doesn’t feel pity, remorse, or fear, and absolutely will not stop - ever - until America is DEAD.”

Here’s another answer from the spiritual side: Pelosi sold her soul to Satan a looonnnnng time ago for longevity, wealth, fame, fortune and power. Satan uses that what’s left of that human shell of a former female to do his bidding. The godless, vile, demonic Botoxian is pure evil now manifested in the flesh. It is going to do whatever Satan tells it to do, and it’s hellbent on destroying this nation and all it stands for.
Hopefully, the Reaper will soon harvest this evil creature and send it screaming back to its Big Daddy in hell from whence it came.

As if she’ll stop. Our black senator is behaving like a token. Where’s the fight in him?

Nancy’s as dumb as a bag of hair.

“I thought it was George Kirby.”

So she said; but WHICH George Kirby?
The comedian/actor/singer or the George Kerby married
to Mirion, the ghosts in Cosmo Topper’s home?
Nasty Nancy= she has a lot of empty space to rent. Upstairs and cheap.

Give Pelosi another bottle of Booze and you never know what might come out of her dementia mind.

I know of no one who condoned the killing of Mr Floyd, so what do we make of this crap?

Just more bald faced lies from the left, lie after lie from the tight faced liar.

The battle is on between her and Joe Birdbrain to see who reaches the top rung of the senility ladder first.

I was kind of neutral on Sen. Scott. It seems that he’s developing a bit of steel in his spine — something badly needed in the Senate.

Weren't on many of the threads about Floyd just after he died, were you?

Just more bald faced lies from the left, lie after lie from the tight faced liar.

No, just both sides doing what they were planning on doing all along. The Scott legislation was never meant to be passed, any more that Pelosi's House bill is expected to be taken up by the Senate. Neither side wants to pass anything. They want the issue so that they can blame the other side for not doing anything.

Or Floyd Patterson. Funny how it’s the libs who seem to think all Blacks look alike. I remember the time when Al Gore called Michael Jordan Michael JACKSON. And they said Dan Quayle was stoooopid

Speaking of Floyd Patterson....That's him on the right. 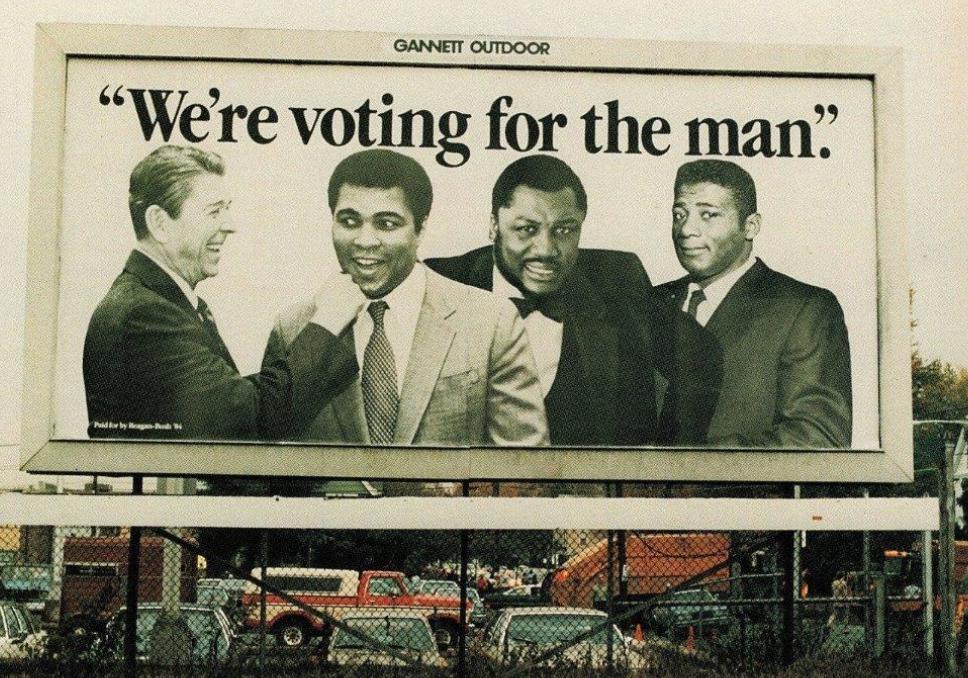 We need to stop getting offended and fight fire with fire.

The GOP needs to say that Nancy Pelosi and Democrats like her are completely responsible for George Floyd’s death.

They have made it acceptable to resist police. They have portrayed police as the enemy. They have portrayed police is evil. They have spread the lie that black men have more to fear from police than anything else. They put these thoughts in George Floyd’s head which set him on a path that led to his death. Nancy Pelosi and all the leftist Democrats like her are murderers. Black lives do not matter to them. They want more blocks to die by stupidly resisting the police so they can continue to spread the lies that keep them in power.

This is what the GOP should be saying.

Pelosi has forgotten the Catholics teaching on calumny. Of course she tends to ignore all of it but will drag it over the stones, bloodying it like Christ’s garment when conveniently butchering it.